For the fourteenth time in fifteen years, a group of core community members and power users are getting together for our annual OpenNMS Developers Conference: Dev-Jam.

This is one of my favorite times of the year, probably second only to Thanksgiving. While we do a good job of working as a distributed team, there is nothing like getting together face-to-face once in awhile.

We’ve tried a number of venues including my house, Georgia Tech and Concordia University in Montréal, but we keep coming back to Yudof Hall on the University of Minnesota campus in Minneapolis. It just works out really well for us and after coming here so many times the whole process is pretty comfortable.

My role in Dev-Jam is pretty much just the “cruise director”. As is normal, other people do all the heavy lifting. I did go on a food and drink run which included getting “Hello Kitty” seaweed snacks. 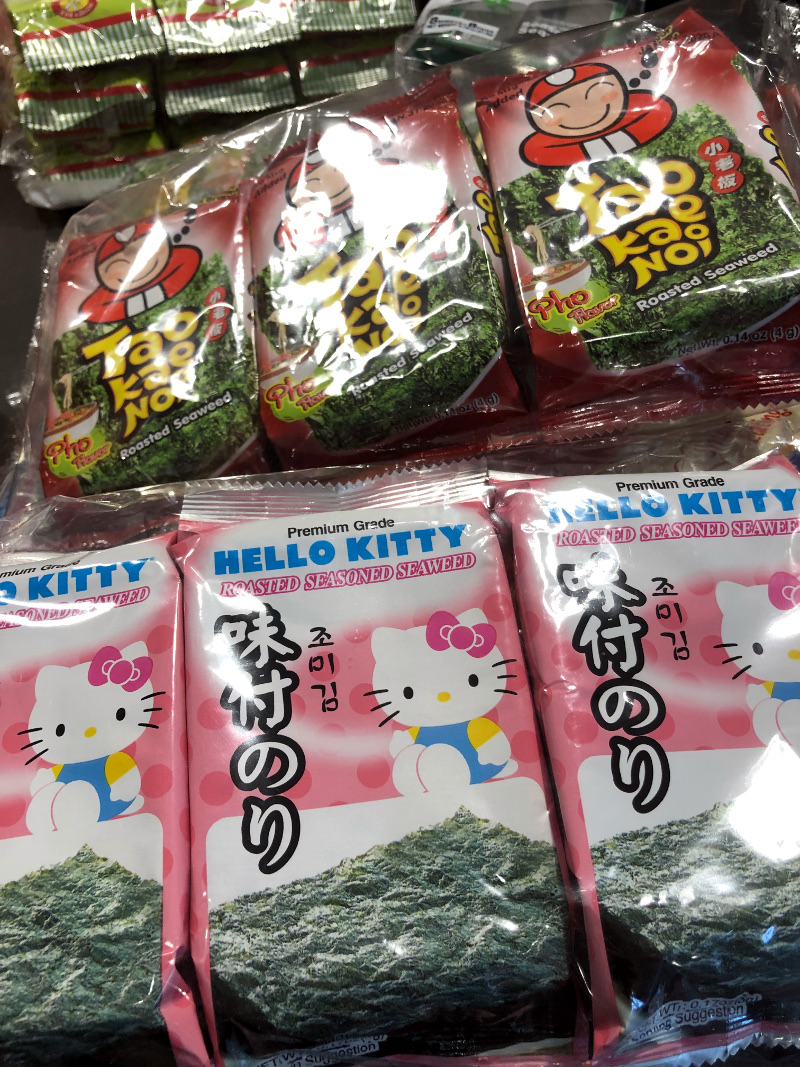 Yudof Hall is a dorm. The rooms are pretty nice for dorm rooms and include a small refrigerator, two burner stove, furniture and a sink. You share a bathroom with one other person from the conference. On the ground floor there is a large room called the Club Room. On one side is a kitchen with tables and chairs. On the other side is a large TV/monitor and couches, and in the middle we set up tables. There is a large brick patio that overlooks the Mississippi River. 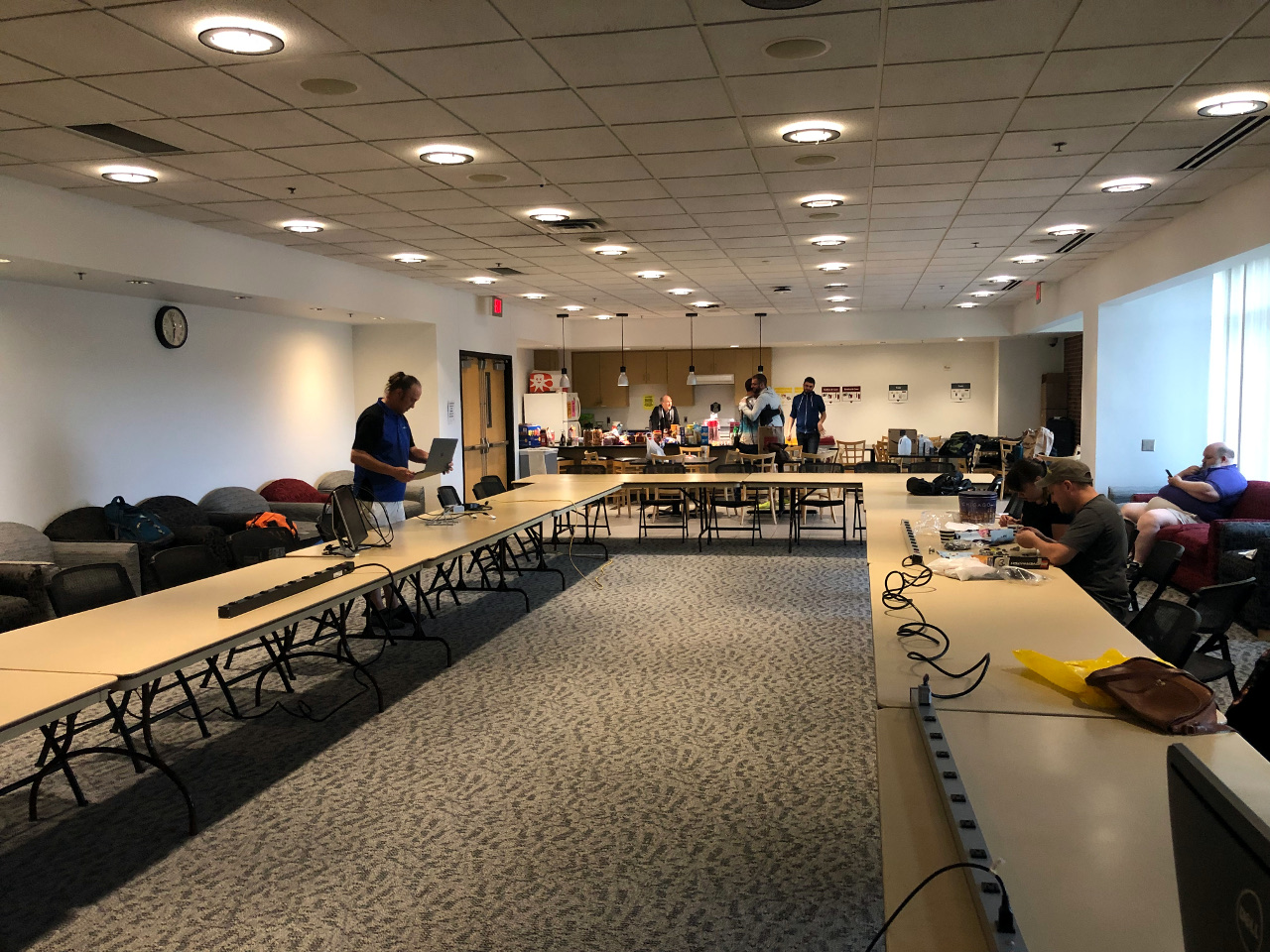 The network access tends to be stellar, and with the Student Union just across the street people can easily take a break to get food.

We tend to eat dinner as a group, and traditionally the kickoff meal is held at Town Hall Brewery across the river. 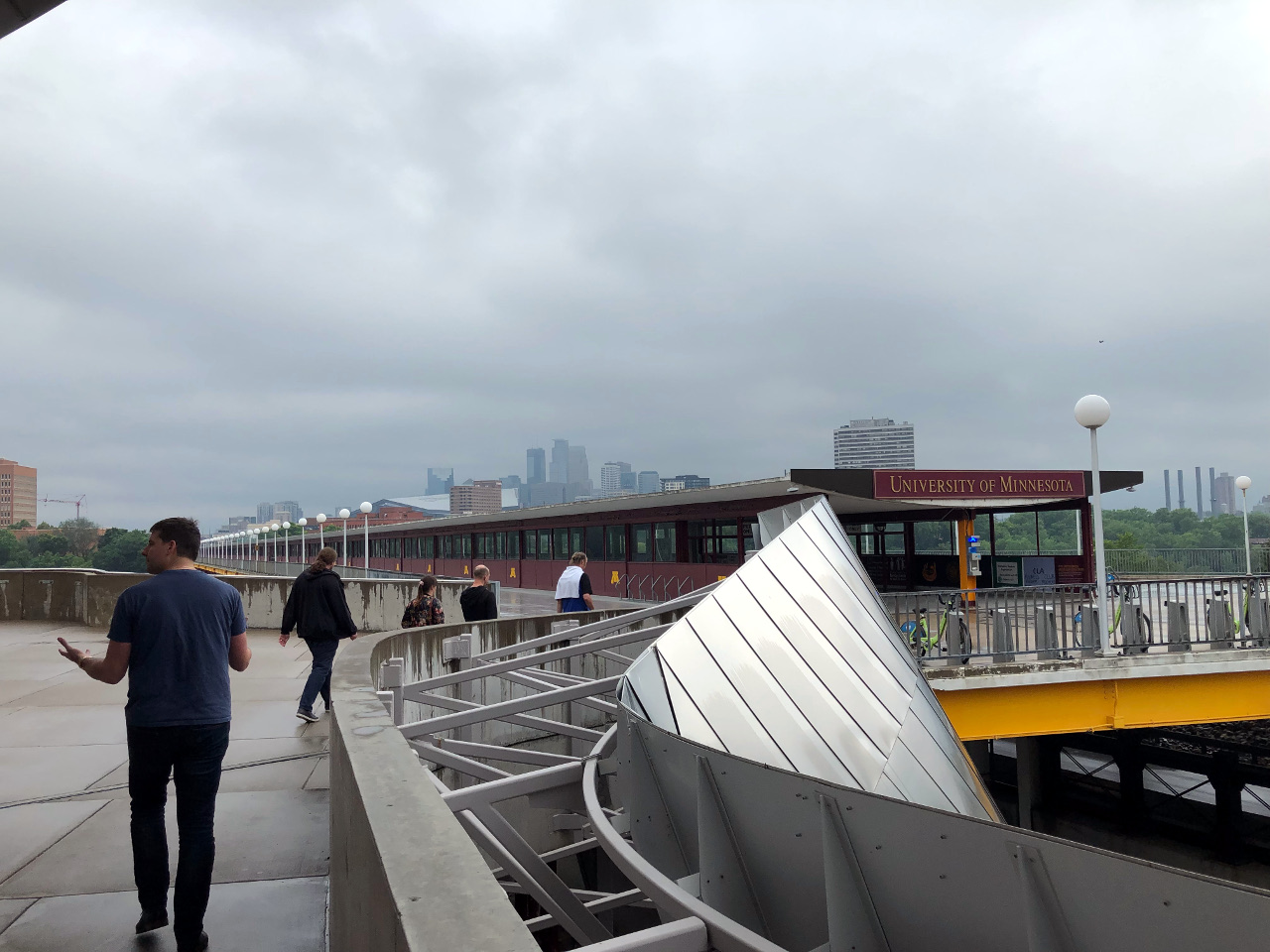 It was a pretty rainy day but it stopped enough for most of us to walk over the bridge to the restaurant. You could feel the excitement for the week start to build as old friends reunited and new friends were made. 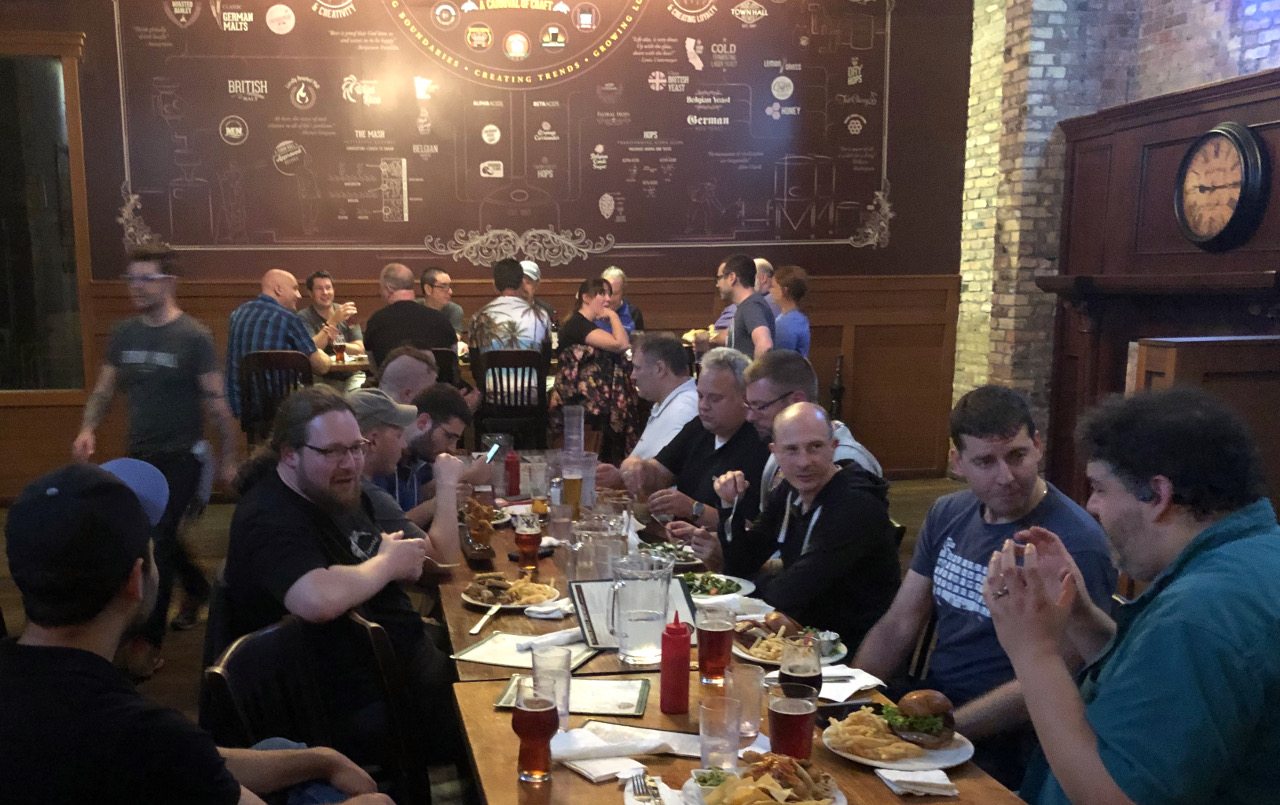 When we were setting up the Club Room tables, we found a whiteboard which is sure to be useful. I liked the fact that someone had written “Welcome Home” on it. Although I don’t live here, getting together with these people sure feels coming home. 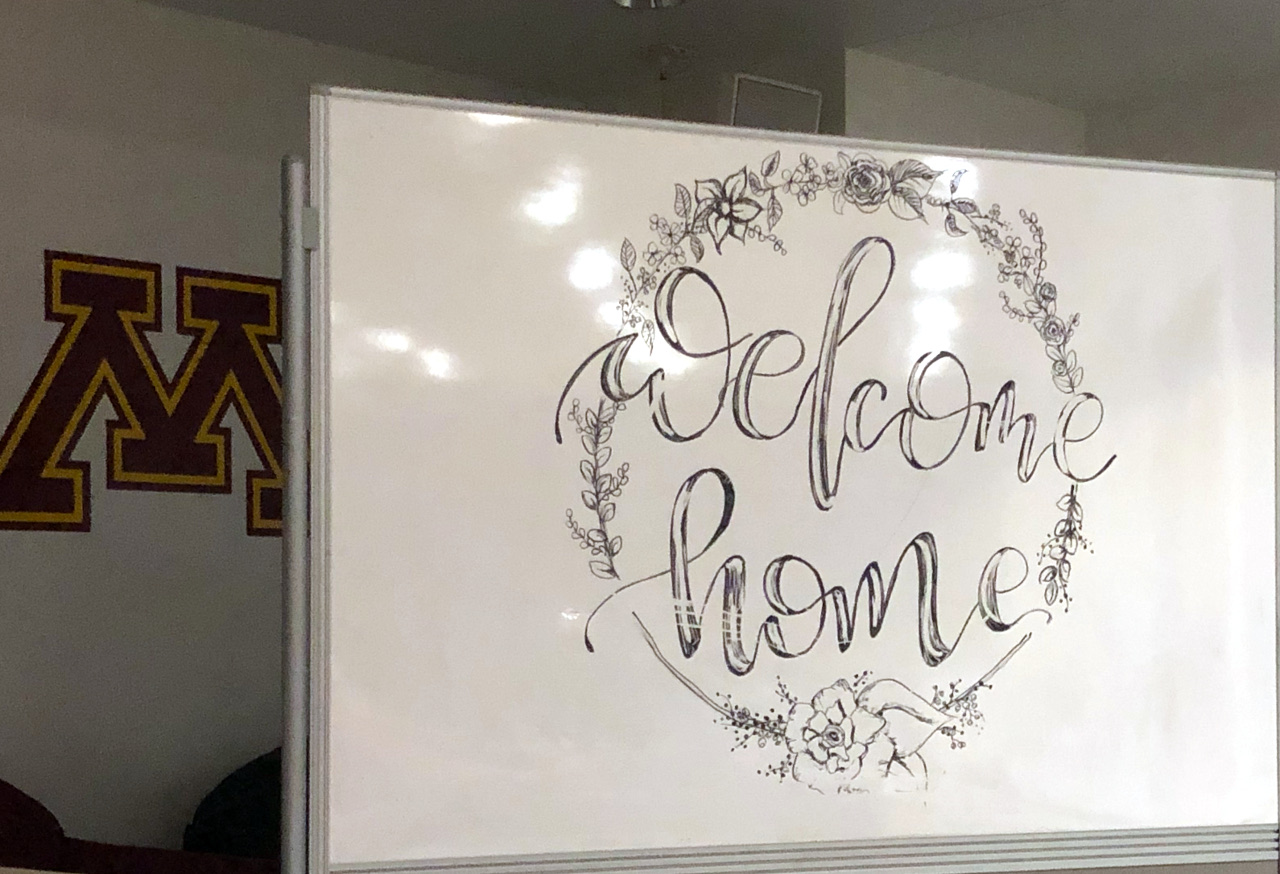