One of the cool things I get to do working at OpenNMS is to visit customer sites. It is always fun to visit our clients and to work with them to get the most out of the application.

But over the last year I’ve seen a decline in requests for on-site work. This is odd because general interest in OpenNMS is way up, and it finally dawned on me why – fewer and fewer people work in an office.

For example, we work with a large bank in Chicago. However, their monitoring guy moved to Seattle. Rather than lose a great employee, they let him work from home. When I went out for a few days of consulting, we ended up finding a co-working space in which to meet.

Even within our own organization we are distributed. There is the main office in Apex, NC, our Canadian branch in Ottawa, Ontario, our IT guy in Connecticut and our team in Europe (spread out across Germany, Italy and the UK). We tend to communicate via some form of video chat, but that can be a pain if a lot of people are in one room on one end of the conference.

When I was visiting our partner in Australia, R-Group, I got to use this really cool setup they have using Polycom equipment. Video consisted of two cameras. One didn’t move and was focused on the whole room, but the other would move and zoom in on whoever was talking. The view would switch depending on the situation. It really improved the video conferencing experience.

I checked into it when I got back to the United States, and unfortunately it looked real expensive, way more than I could afford to pay. However, in my research I came across something called a Meeting Owl. We bought one for the Apex office and it worked out so well we got another one for Ottawa.

The Meeting Owl consists of a cylindrical speaker topped with a 360° camera. It attaches to any device that can accept a USB camera input. The picture displays a band across the top that shows the whole panorama, but then software “zooms” in on the person talking. The bottom of the screen will split to show up to three people (the last three people who have spoken).

It’s a great solution at a good price, but it had one problem. In the usual setup, the Owl is placed in the center of the conference table, and usually there is a monitor on one side. When the people at the table are listening to someone remote (either via their camera or another Owl), the people seated along the sides end up looking at the large monitor. This means the Owl is pretty much showing everyone’s ear.

Now, the perfect solution would be to augment the Owl to project a picture as a hologram above the unit so that people could both see the remote person as well as look at the Owl’s camera at the same time.

Barring that, I decided to come up with another solution.

Looking on Amazon I found an inexpensive HDMI signal splitter. This unit will take one HDMI input and split it into four duplicate outputs. I then bought three small 1080p monitors (I wanted the resolution to match the 1080p main screen we already had) which I could then place around the Owl. I set the Owl on the splitter to give it a little height. 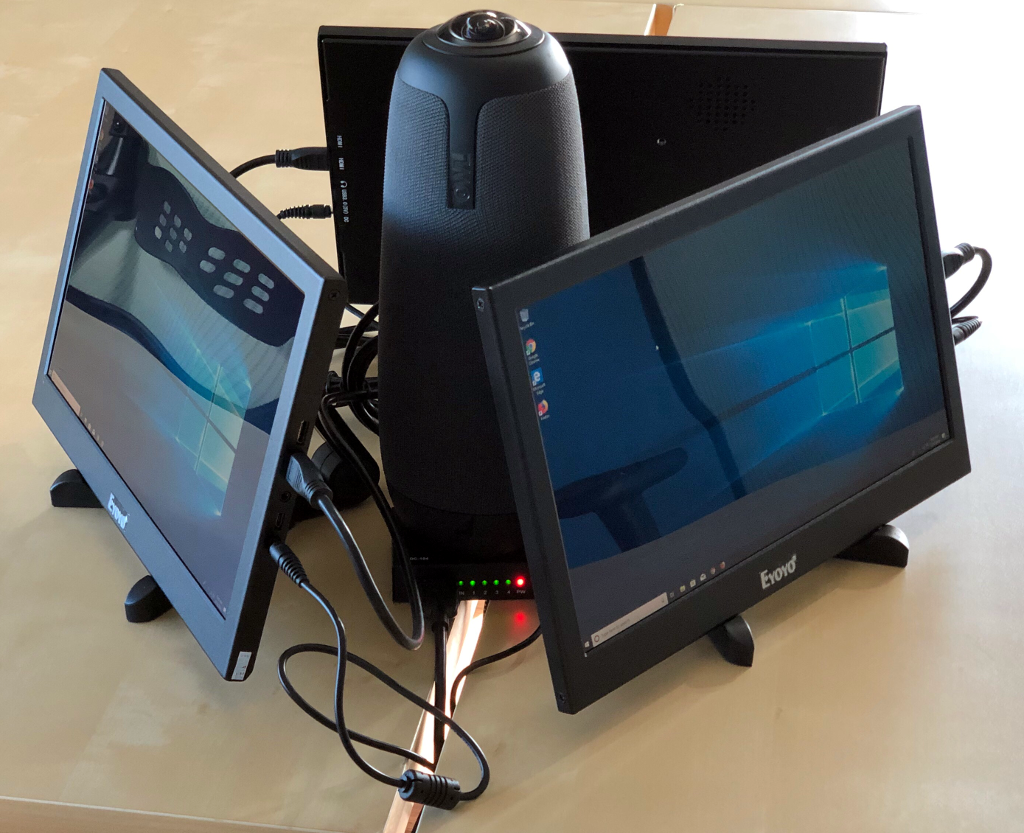 Now when someone remote, such as Antonio, is talking, we can look at the small monitors on the table instead of the big one on the side wall. I found that three does a pretty good job of giving everyone a decent view, and if someone is presenting their screen everyone can look at the big monitor in order to make out detail. 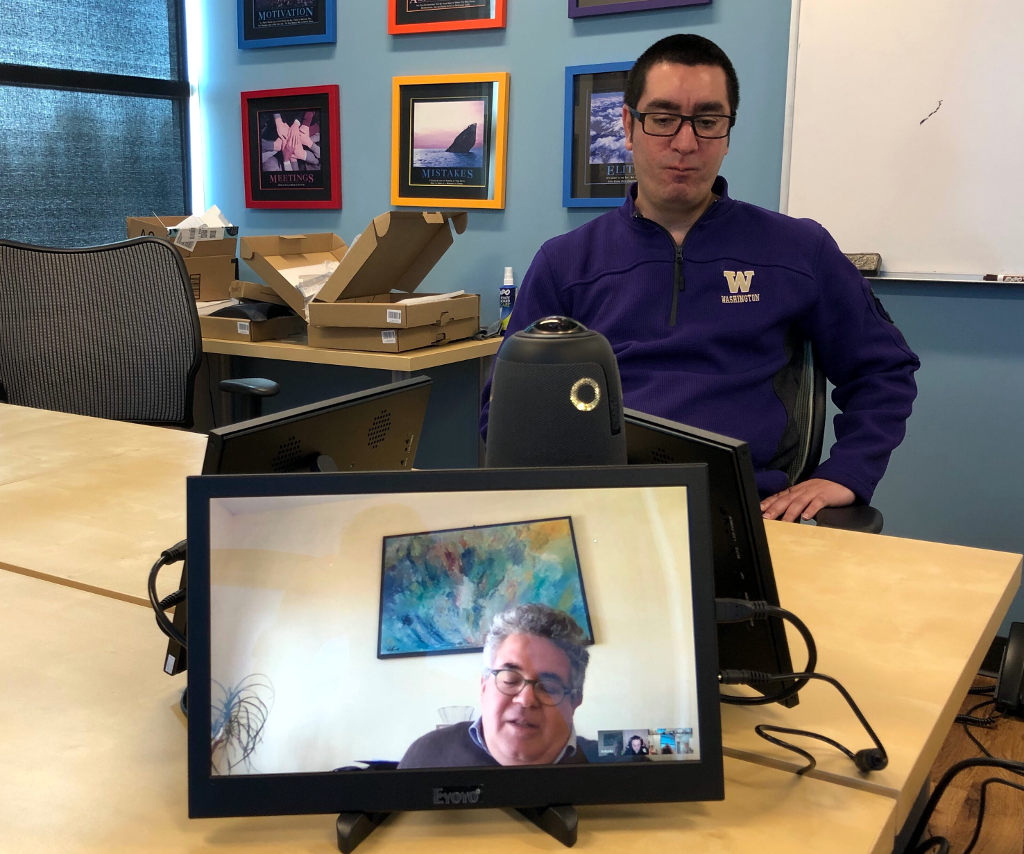 We tried it this morning and it worked out great. Just thought I’d share in case anyone else is looking for a similar solution.