I love New Year’s. Not exactly the party on New Year’s Eve, as I tend to spend it as a quiet evening with friends, but the idea of starting over and starting fresh.

It is also a good time to reflect on the year past. While 2017 was pretty tumultuous for the world at large, for OpenNMS it was a pretty good year.

Our decision to split OpenNMS into two versions is still paying off. We did three major releases of Horizon (19, 20, and 21) as well as point releases every month there wasn’t a major release, and Meridian 2017 finally came out, although later than I would have liked. Horizon users get to experience rapid advancements in power and features while Meridian users can relax knowing their system is very stable and secure.

While it is hard to pick out the best features added in 2017, I’d have to go with OpenNMS Helm and the Minion.

Helm allows you to combine and manage multiple instances of OpenNMS from a Grafana dashboard. 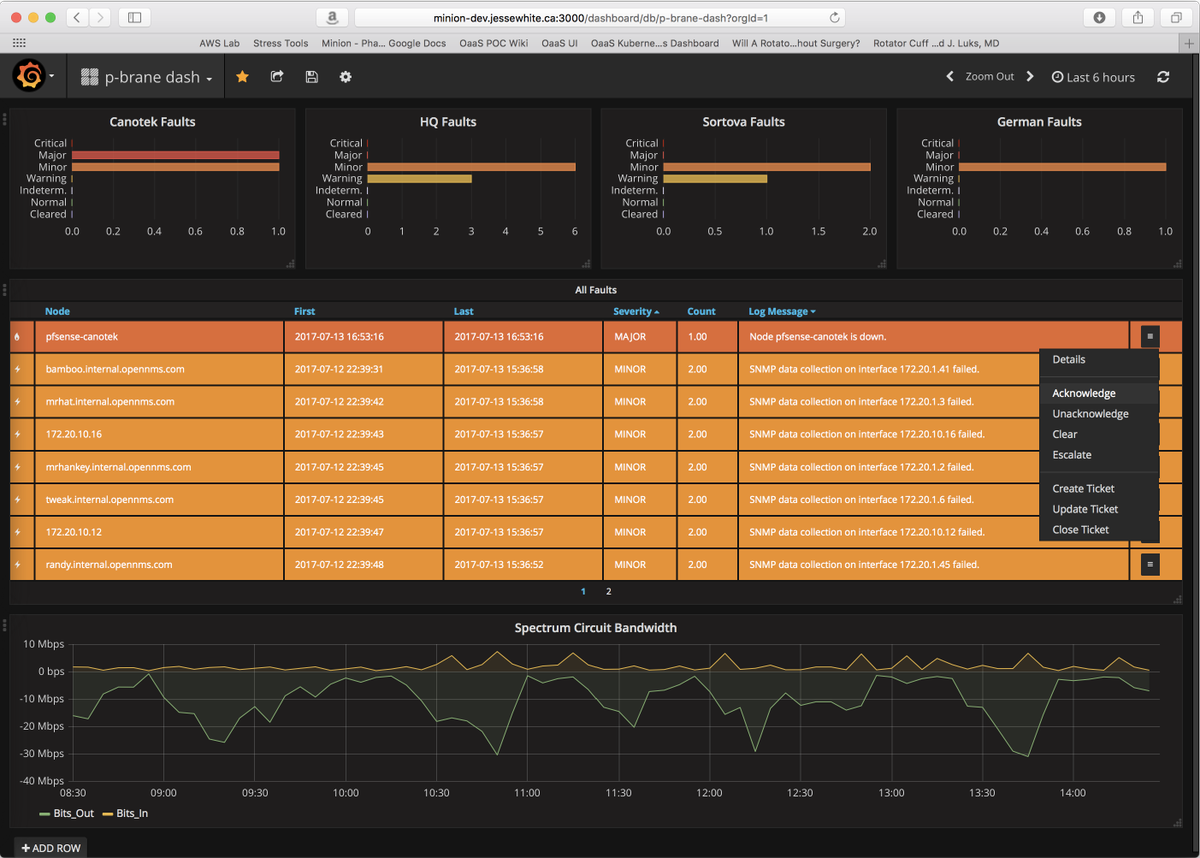 The Minion is our foray into the whole “Internet of Things” space with an application that can be installed on a small device and used to send remotely collected data to a central OpenNMS instance. Minions have minimal configuration and can be configured redundantly, yet they have the ability to collect massive amounts of monitoring data. We’re very eager to see what novel uses our users come up with for the technology (we have one customer that is “Minion-only”, i.e. they do no monitoring or collection from the central OpenNMS instance at all and instead just put two Minions at each location).

As for the OpenNMS Group, the company behind OpenNMS, we experienced modest growth but still had a record year for gross revenue. What is more exciting is that net income was also a record and several hundred percent above last year, so we are going into 2018 well positioned in our Business Plan of “Spend less than you earn”.

2018 should be exciting. The OpenNMS Drift project brings telemetry (flow) data into OpenNMS, and we are working on some exciting features regarding correlation which will probably involve new machine learning technology.

As always, these features will be available as 100% free and open source software.

Personally, I added three new countries to my list, bringing the total number of countries I’ve been in to forty. I had a great time in Estonia and Latvia, and I really enjoyed my trip to Cuba.

One last thing. If you are reading this you are probably a user of OpenNMS. If so, thank you. We are a small but dedicated group of people creating this platform and often we don’t get much feedback on who uses it and what they like about it. The fact that people do find it useful makes it worthwhile, and we wouldn’t exist without our users and clients.

So, Happy New Year, and may 2018 exceed your wildest expectations.