After a wonderful visit to Helsinki, it was time for the next leg of the journey: Tallinn. Estonia will mark the 38th country I’ve been able to visit.

To get to Estonia I took the Tallink ferry service. There are several trips from Helsinki to Tallinn each day, so I planned to leave around 10:30 to arrive around 13:00.

I’m not a boat guy. While I’m fine in planes I don’t do well in boats, but the ferry is quite large. Here is a picture of one heading the other way through a window on mine:

It had ten decks, so I made my way up to deck nine and found a seat near the window. 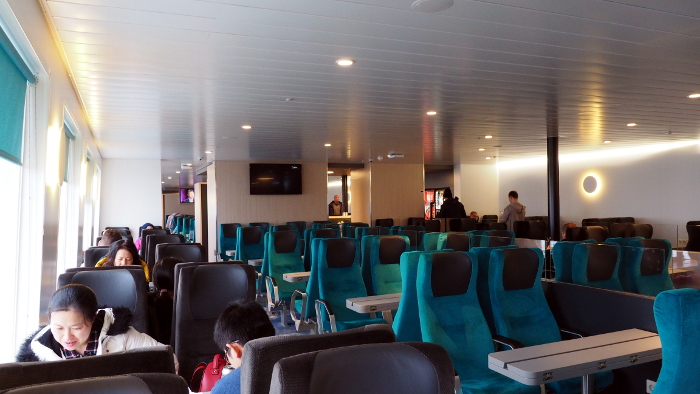 It was a quite civilized way to travel. Even though the sea was a little choppy, the ride was very smooth. You almost didn’t realize the ship was moving.

When we arrived I took a taxi to the hotel, dropped off my bags and set out to discover the city. I was in the “Old Town” section of Tallinn which was quite beautiful. There were a lot of cobblestone streets and well maintained old buildings with plenty of shops and restaurants. 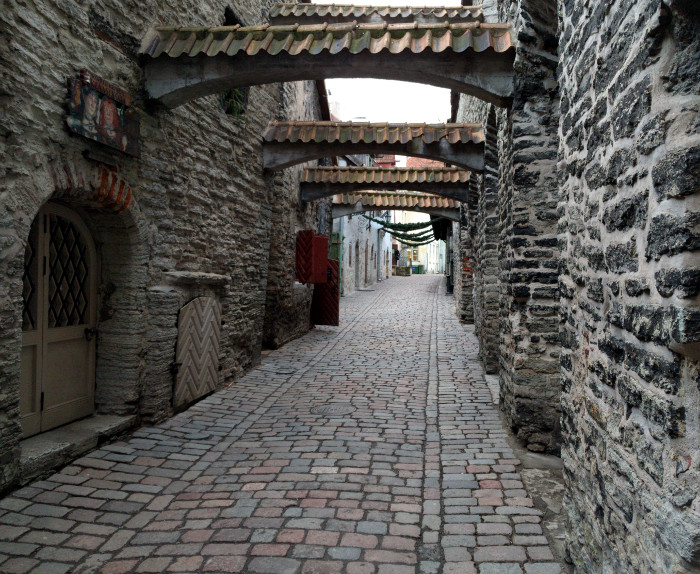 One of the things I like to do when visiting a new city is to play Ingress. I know that sounds weird, but one part of the game involves completing “missions” which require you to walk around. These missions are often created by locals and it can give you a great overview of a new place. Tallinn was no exception.

Tallinn was only a degree or more warmer than Helsinki, but it made quite a difference. I had issues walking around Helsinki because in places the slush had refrozen into ice and it made walking a little slippery. The streets in Tallinn were mainly dry and I could move around a lot faster.

There is a great mixture of old and new, 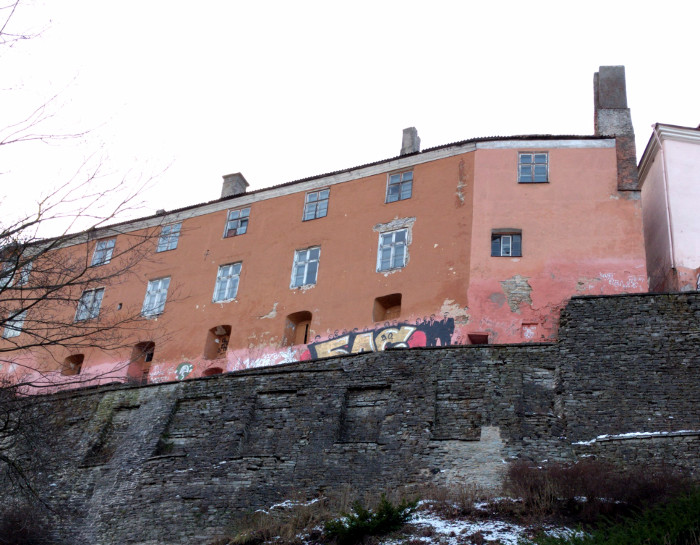 and I saw a lot of construction. I’m not sure but I think this was the demolition of a Soviet-era housing block to make way for a more modern building. 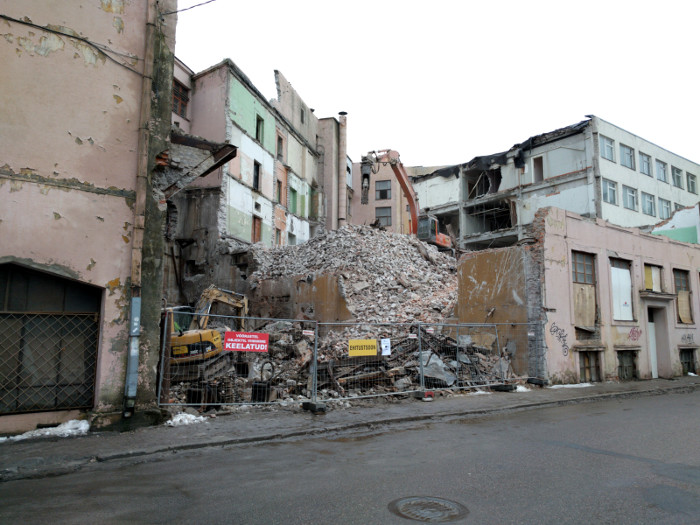 It also had a lot in common with other European cities, such as this huge flower market I came across: 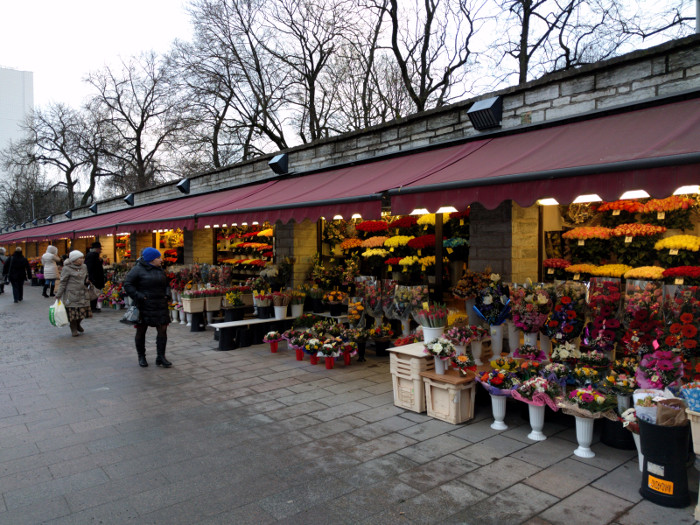 I think if I lived here I’d stop by every day and buy some fresh flowers for home.

While I practiced a number of Estonian words (When I came into the hotel and said “Tervist” one person mistook me for the mailman and came out of the back office, so I must have nailed the accent), everyone seemed more than happy to talk to me in English, and I didn’t meet a single rude person the entire stay.

Which, alas, wasn’t long. I was only in Tallinn on my way to Riga, so the next morning I got up and made my way to the Central Coach Station to grab my LUX Express bus to Riga. 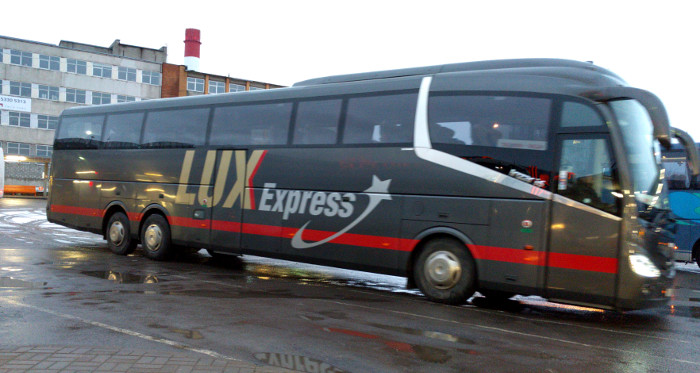 The five hour journey was made in comfort. I was in the back section which consisted of just one seat complete with “seat back entertainment”. I thought about watching some movies (they were pretty much the same selection as the ones on the plane over here) but I decided I’d rather watch the countryside go by and to doze a little. 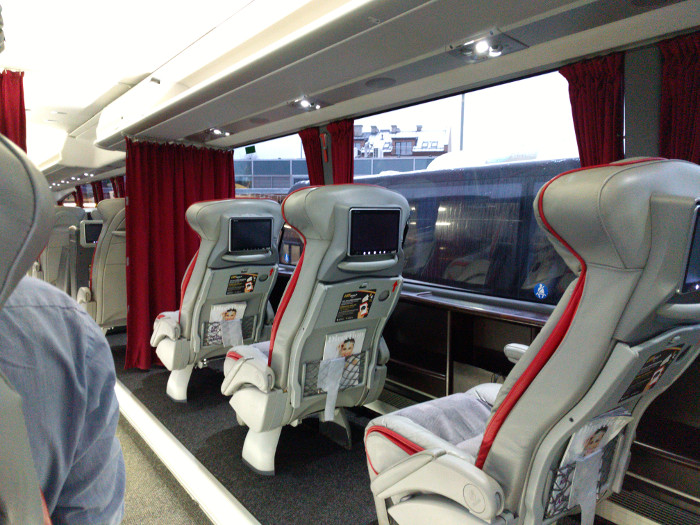 It was snowing lightly and as soon as we got away from the coast there were several inches of snow on the ground. It looked very peaceful. When we crossed the Pärnu River it was completely frozen, and off in the distance I could see people skating on the ice. I’d heard of frozen rivers before but this was the first time I’d seen one.

When I arrived in Riga the first thing I noticed was the cold. Riga is a few degrees colder than either Helsinki or Tallinn, and I was happy I brought my winter coat that I bought in Sweden a couple of years ago. I am eagerly awaiting the conference which is the reason I am here, and to see some friends again and make a few new ones.