Since OpenNMS is aiming to be a platform for the Internet of Things, this tends to involve a lot of electronics. 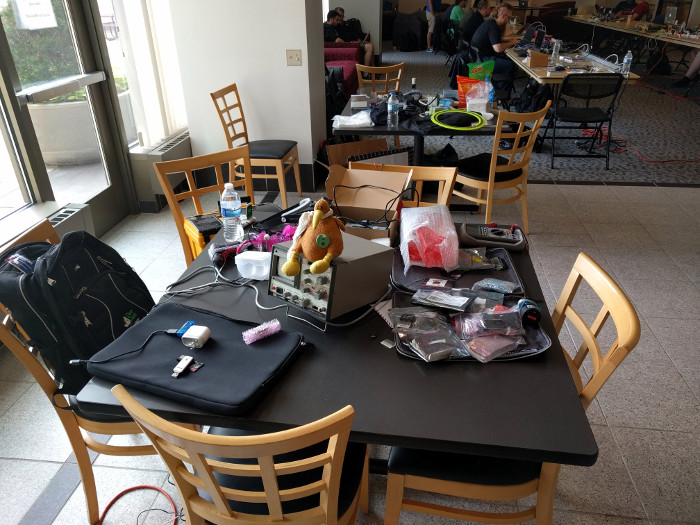 I decided to take some time out to further explore the Virtual Reality provided by Google Cardboard. I played with it last Dev-Jam, but I bought a nice headset from Homido since the Cardboard experience with the actual cardboard holder, while novel, was a little bit wanting.

The downside is that it doesn’t have the little magnet thingie that acts as a mouse click. Most people using the Homido tend to pair some other controller to their Android device in order to navigate, and since I have a PS3 (that I mainly use to play Blu-ray disks) I had a Sixaxis controller I could use. I had to buy an app in order to deploy a driver on my Nexus 6P that would work with the Sixaxis, and after a bit of tinkering I got it to work (note that it disables the regular Bluetooth driver when you run it).

I configured the “X” button to act as a mouse click, and pretty soon I was able to move about the Google Cardboard demos. The Homido fits well and the image is good, but it does allow some light to bleed around the edges in so it would work best in a dim or dark room.

I then went off to find some apps. This is not a field that a lot of developers have explored, and most of them are pretty passive. While this can work (check out the creepy “Sisters”) I wanted something more along the lines of what I experienced with the Samsung Gear VR, which includes immersive games. I found one called Hardcode VR that was fun, sort of a platformer along the lines of Portal. The controller worked out of the box exactly like you would expect it to: the right joystick was used for looking around and the left one for moving. I did get a slight headache after playing it for awhile, though, so I think that for the time being mobile device-based VR is still a novelty.

My experiment did amuse some of the folks at the conference, and Ronny made this comparison:

I am always humbled by the people who give a week of their lives up to come to Dev-Jam, and even more so since DJ was away from his wife on his birthday. We did make sure he had a cake, though. 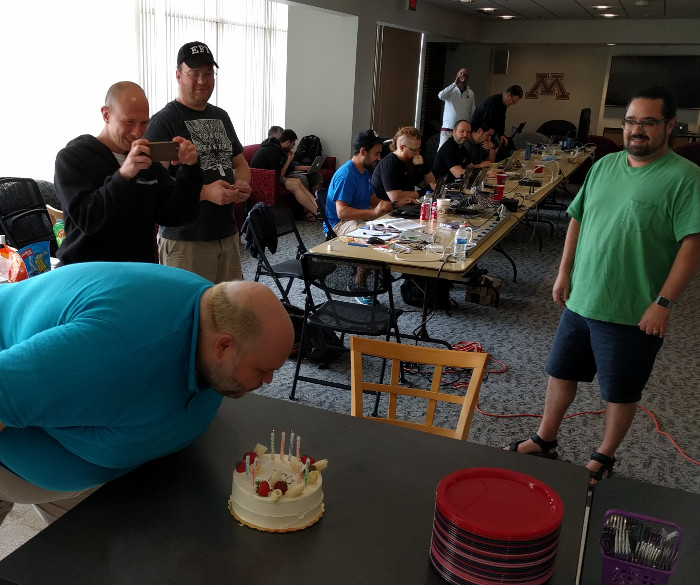 The cake was from Salty Tart and it was mighty tasty.