The last day of Dev-Jam is always bittersweet. The bitter part is the goodbyes, but the sweet part is “Show and Tell” when folks share what they have accomplished in the week.

We also get together for a group picture. Just before that Jonathan’s son Eddie joined us from the UK on the robot: 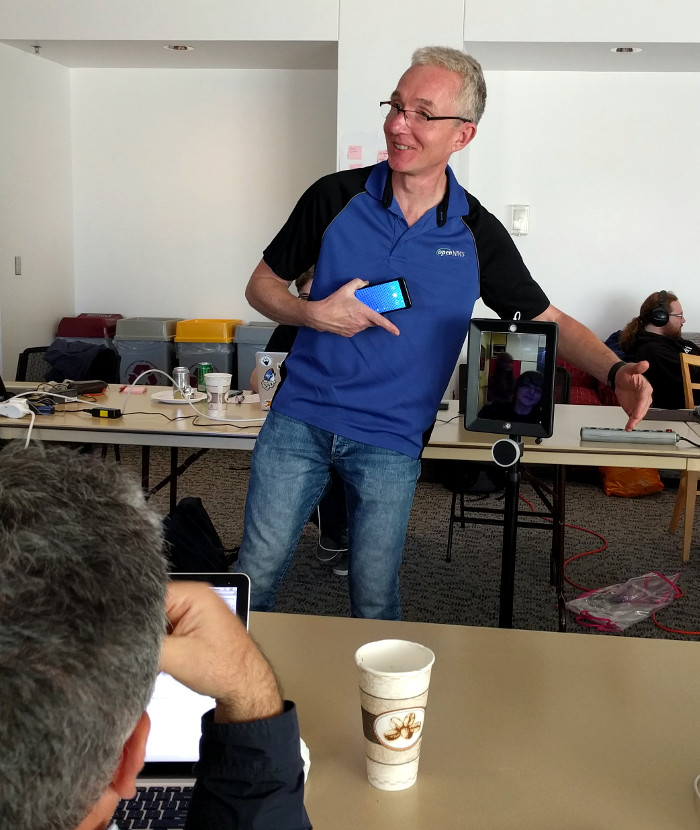 and David, who had to leave for a family issue, joined us via robot as well.

Chandra has been working on adding provisioning detectors to the Minion:

Deepak and Pavan, who work for a large electronic medical records company, discuss how they are using OpenNMS at scale:

Seth has been managing a lot of that work, which is currently focused on syslog, and he did a presentation on new syslog parsing functionality:

Alejandro presented some awesome improvements to the UI:

Markus has been working on project Atlas, which includes major improvements to OpenNMS maps. Here he demonstrates the integration of the geographical map with the topology map:

More UI enhancements were offered by Christian who added trend lines to the OpenNMS home page:

Ronny talked about his ideas for making device configurations more modular and managing that with git:

And he has also been creating reusable Docker containers with OpenNMS:

One project I found extra exciting was “Underling” which is an instance of Minion written in Go. This makes it incredibly small (about 6MB) which should allow the Minion to run on very inexpensive hardware.

I plan to demonstrate more Minion stuff at the OpenNMS Users Conference (and if you haven’t registered, you should).

In the evening we walked back across the river to dine at Town Hall Brewery. 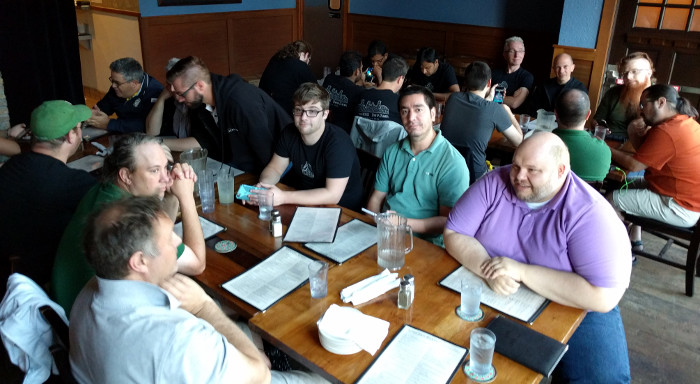 It will be the last time all of us were together until next year, and I can’t wait.