It’s hard to believe this year’s Dev-Jam is half over. After months of planning it seems to go by so fast.

One of the goals I had this week was to understand more about the OpenNMS Documentation Project. For years I’ve been saying that OpenNMS documentation sucks like most open source projects, but I can’t say that any more. It has actually become quite mature. There is a detailed installation guide, a users guide, and administrators guide and a guide for developers. Each release the docs are compiled right alongside the code, and it even rates its own section on the new website. 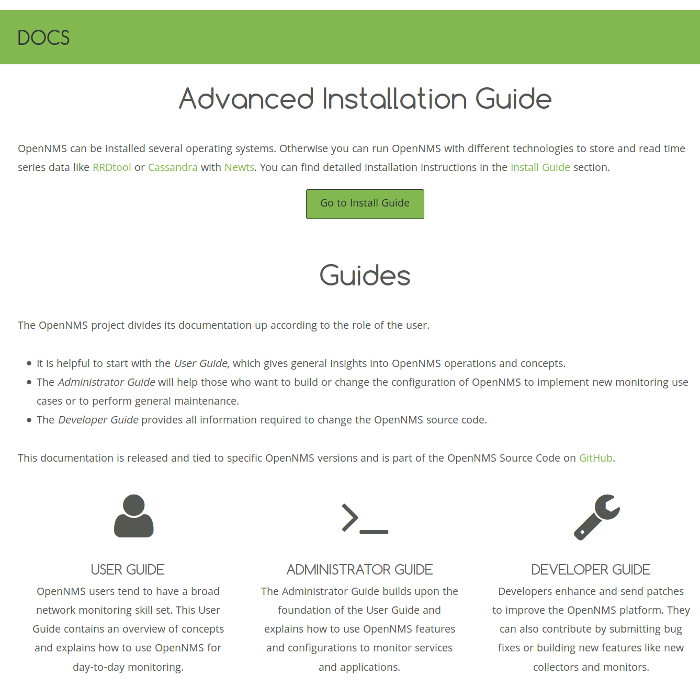 It’s written in AsciiDoc, and all of the documentation is version controlled and kept in git.

Ronny Trommer is one of the leads on the documentation project, and I asked him to spend some time with me to explain how everything is organized. 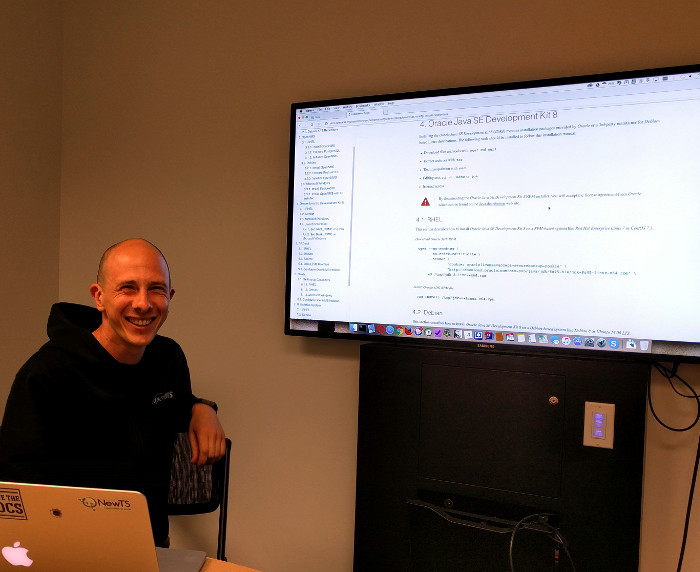 Of the four main guides, the installation guide is almost complete. Everything else is constantly improving, with the user guide aimed at people working through the GUI and the administration guide is more focused on configuration. For example, the discussion of the path outage feature is in the users guide but how to turn it on is in the admin guide.

There is even something for everyone in the developers guide (I am the first to state I am not a developer). One section details the style rules for documentation, in great detail. For example, in order to manage changes, each sentence should be on a single line. That way a small change to, say, a misspelled word, doesn’t cause a huge diff. Also, we are limited as to the types of images we can display, so people are encouraged to upload the raw “source” image as well as an exported one to save time in the future should someone want to edit it.

It is really well done and now I’m eager to start contributing.

Speaking of well done, Jonathan has figured out what is keeping OpenNMS from using the latest version of OTRS (and he’s sent a patch over to them) and Jesse showed me some amazing work he’s done on the Minion code.

We’ve been struggling to figure out how to implement the Minion code since we want to be able to run it on tiny machines like the Raspberry Pi, but since OpenNMS is written in Java there is a lot of overhead to using that language on these smaller systems. He re-wrote it in Go and then uploaded it to a device on my home network. At only 5.6MB it’s tiny, and yet it was able to do discovery as well as data collection (including NRTG). Sheer awesomeness. 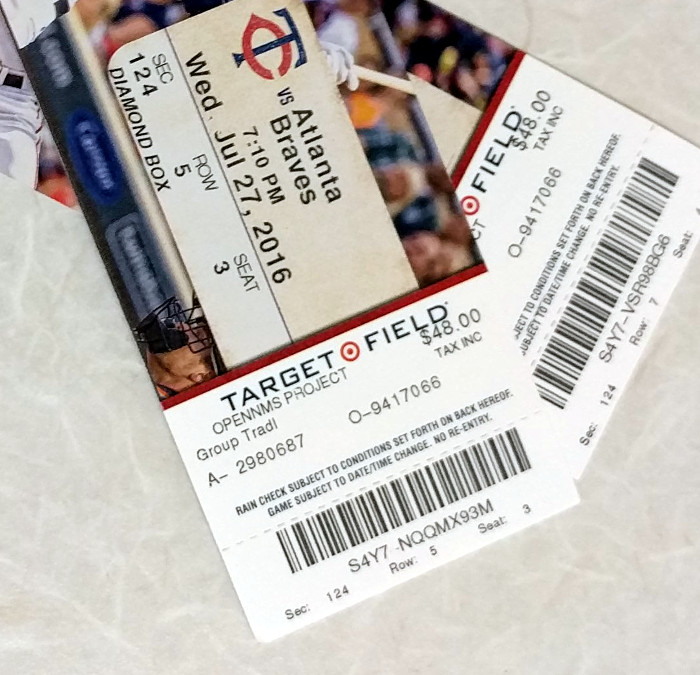 For several years now we’ve been going as a group to see the Minnesota Twins baseball team play at Target Field. It’s a lot of fun, although this year the Germans decided that they’d had enough of baseball and spent the time wandering around downtown Minneapolis.

At first I thought they had the right idea, as the Braves went up 4 to 0 in the first and by the top of the fourth were leading 7 to 0. However, the Twins rallied and made it interesting, although they did end up losing 9 to 7.

Our seats were out in left field, ‘natch.