By Day Two people have settled into a rhythm. Get up, eat breakfast, start hacking on OpenNMS. I tend to start my day with these blog posts.

It’s nice to have most of the team together. Remember, OpenNMS is over 15 years old so there is a lot of different technology in the monitoring platform. I think David counted 18 different libraries and tools in the GUI alone, so there was a meeting held to discuss cleaning that up and settling on a much smaller set moving forward.

In any case ReST will play a huge role. OpenNMS Compass is built entirely on ReST, and so the next generation GUI will do the same. It makes integrating with OpenNMS simple, as Antonio demonstrated in a provisioning dashboard he wrote for one of his customers in Italy. 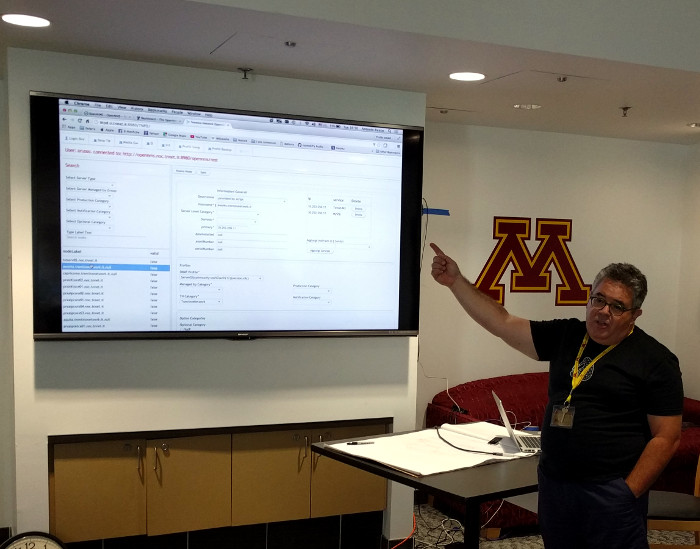 They needed an easier way to manage their ten thousand plus devices, so he was able to use the ReST interface to build out exactly what they wanted. And of course the source is open.

Several years ago we started a tradition of having a local restaurant, Brasa, cater dinner one night. This year it was Tuesday, and it is always the best meal of the week. 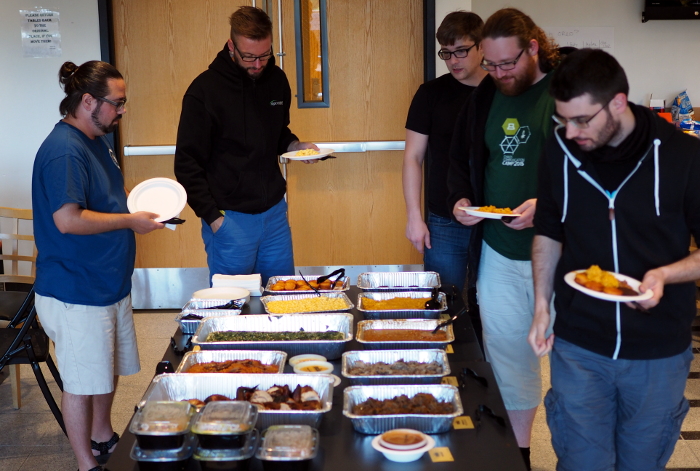 As we were getting ready to eat, Alex Hoogerhuis, a big supporter of OpenNMS who lives in Norway, decided to join us via our Double Robotics robot, Ulfbot. It worked flawlessly, and he was the best first time driver we’ve had. Ben, Jeff and Jonathan joined him for a picture. 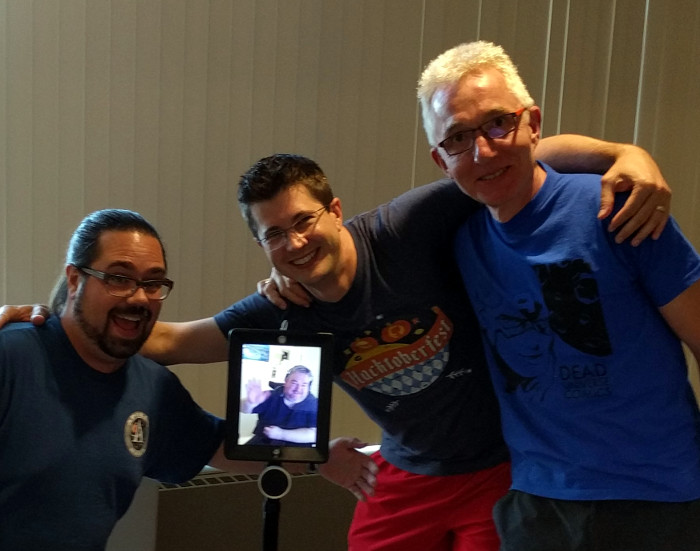 We like using the Yudof Hall Club Room for Dev-Jam for a number of reasons, one includes the big patio overlooking the river with picnic tables. Alex was able to drive around and spend some time with the rest of the team, although we had to lift him up to see over the wall to the Mississippi (we also had to carry him in when the wind picked up – heh). 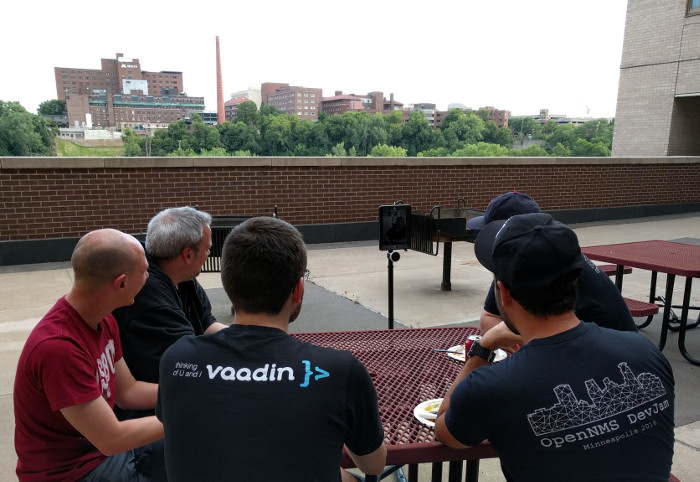 After dinner people kept working (DJ was up until nearly 2am chasing a bug) but we also took a break to watch Deadpool. It’s why “Dev-Jam” rhymes with “fun”.