I am happy to finally be able to confirm that MC Frontalot and his band, along with The Doubleclicks, will be playing an exclusive show during the All Things Open conference in October. The OpenNMS Group, at great expense (seriously, this is like our entire marketing budget for the year), has secured these two great acts to help celebrate all things open, and All Things Open. 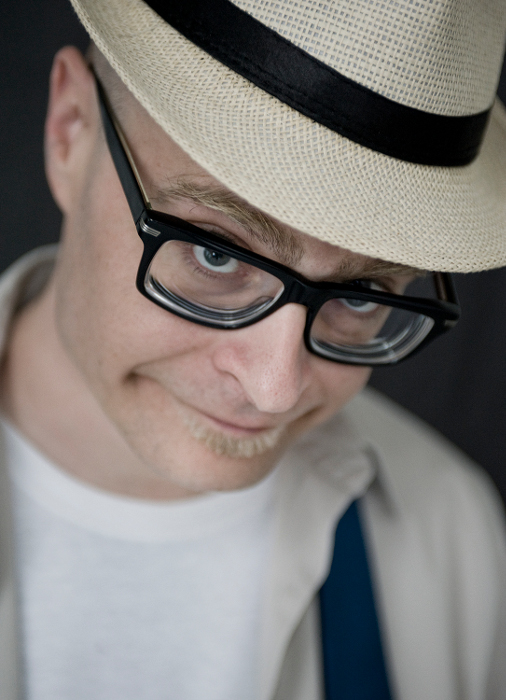 I first met Damian (aka Frontalot) back in 2012 when I hired him to play at the Ohio Linuxfest. I subscribe to the Chris Dibona theory that open source business should give back to the community (he once described his job as “giving money to his friends”) and thus I thought it would be cool to introduce the übernerd Frontalot to the open source world.

We hit it off and now we’ve hired him a number of times. The last time was for OSCON in 2015, where we decided to bring in the entire band. What an eye-opening experience that was. A lot of tech firms talk about “synergy” – the situation when the whole is greater than the sum of its parts – but Front with his band takes the Frontalot experience to a whole new level.

Also at the OSCON show we were able to get The Doubleclicks to open. This duo of sisters, Angela and Aubrey Webber, bring a quirky sensibility to geek culture and were the perfect opening act.

Now, I love open source conferences, but I overdid it last year. So this year I’m on a hiatus and have been to *zero* shows, but I made an exception for All Things Open. First, it’s in my home city of Raleigh, North Carolina, which is also home to Red Hat. We like to think of the area as the hot bed of open source if not its heart. Second, the conference is organized by Todd Lewis, the Nicest Man in Open Source™. He spends his life making the world a better place and it is reflected in his show. We couldn’t think of a better way to celebrate that then to bring in some top entertainment for the attendees.

That’s right: there are only two ways to get in to this show. The easiest is to register for the conference, as the conference badge is what you’ll need to get in to the venue. The second way is to ask us nicely, but we’ll probably ask you to prove your dedication to free and open source software by performing a task along the lines of a Labor of Hercules, except ours will most likely be obscenely biological.

Seriously, if you care about FOSS you don’t want to miss All Things Open, so register.

If you are unfamiliar with the work of MC Frontalot, may I suggest you check out “Stoop Sale” and “Critical Hit“, or if you’re Old Skool like me, watch “It Is Pitch Dark“. His most recent album was about fairy tales (think of it as antique superhero origin stories). Check out “Start Over” or better yet the version of “Shudders” featuring the OpenNMS mascot, Ulf.

As for The Doubleclicks, you can browse most of their catalog on their website. One song that really resonates with me, especially at conferences, is “Nothing to Prove” which I hope they’ll do at the show.

Oh, and I saved the best for last, Front has been working on a free software song. Yup, he is bringing his mastery of rhymes to bear on the conflict between “free as in beer” and “free as in liberty” and its world premiere will be, you guessed it, at All Things Open.

The show will be held at King’s Barcade, just a couple of blocks from the conference, on Wednesday night the 26th of October. You don’t want to miss it.