Sorry for the delay in posting this, but the fourth quarter is always our busiest time of the year and I’ve been slammed. Plus, I’m still recovering from a great week at the OpenNMS Users Conference. You did go, correct? (grin)

We are always striving to find ways to bring more people to the conference, so this year I thought it would be cool to invite some open source celebrities, namely the guys from the Bad Voltage podcast. Plus, since this year’s conference was in September, we had the opportunity to make a side trip to Munich’s Oktoberfest.

We arrived in Fulda from Munich on Sunday night. Now in the run up to the conference the BV team would sometimes talk a little smack about Fulda (as in “where the hell is Fulda?”, etc.) but I love this town. It is a wonderful combination of old and new, with cobblestone streets and a beautiful cathedral. You can walk everywhere, and for us the fact that the university (the Hochschule) has great facilities makes it an awesome place to hold the OUCE.

Since we rely on the Hochschule we have to schedule the conference during a time when the students are not on campus. While it is usually held in the Spring, this year it got moved to Autumn. I think the weather is about the same, although we did have a snow storm during one OUCE.

The conference itself is two days long, but we put two days of optional training in front of it. I get to teach an OpenNMS “bootcamp” on Monday that attempts to cover most of the basics in a day. So fresh off of Oktoberfest I had to actually work on Monday.

The class went well, if a bit long. The students were some of the best I’ve ever had, and I don’t think we hit many snags except for the occasional typo. As much as I tried to hurry, it still took us about ten hours to cover the material. OpenNMS is such a huge platform that even the basics take time to go over, and perhaps next year I’ll ask the students to do some work before getting to the classroom.

We had about half of the team together for dinner that night, and I got to have some of the dark German beer I like (in this case, Köstritzer). I called it a night early on, although many of the guys headed to a small bar called “The Eck”, which was apparently a lot of fun.

On the second day of training, Jeff and Jesse discussed some of the more advanced features in OpenNMS. I slept in a bit and then worked with the Bad Voltage team to make sure everything was working for the show on Wednesday. This included making sure Bryan Lunduke could access and use the telepresence robot. 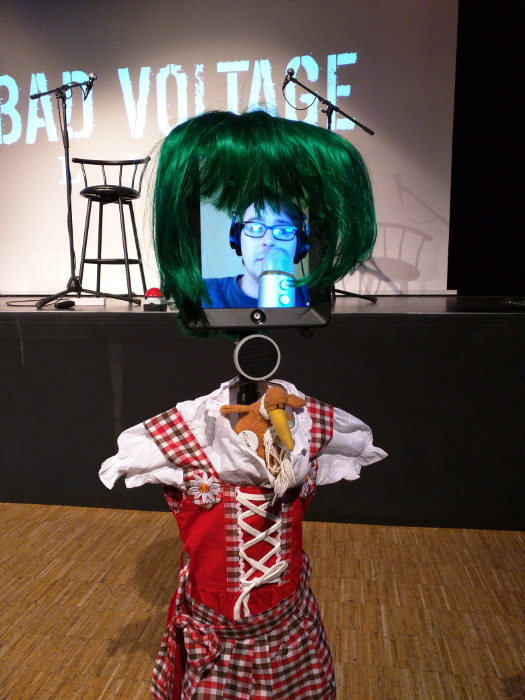 Normally when we hold the OUCE in Fulda we have access to a student run establishment called Cafe Chaos. Unfortunately this year it is being remodeled, so we had to make our own set up in Halle 8. 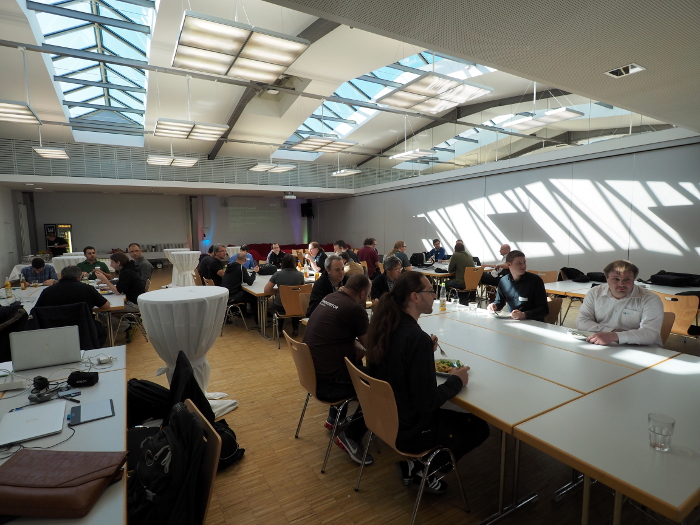 It was pretty cool. We had a large refrigerator for drinks and they set up some couches in the back corner. Being at the University, the bandwidth was stellar.

On Tuesday night Nethinks sponsored a meal at the Havanna Bar. Most people had arrived by then, so it was nice to get together. Many thanks to Uwe and his team for putting this on.

Wednesday was the first full day of the conference. I kicked things off with a “State of OpenNMS” keynote, with an introduction by Alex Finger, the man who pretty much created the OpenNMS Foundation. 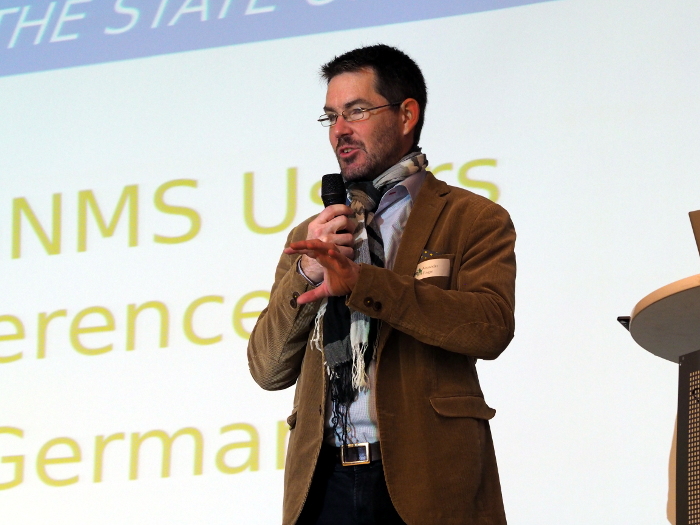 I thought the talk went pretty well, and thanks to the A/V team at the University you can see it in all of its glory:

After that I could relax and let the rest of the gang take over. There were plenty of amazing talks, and you can catch them all on Youtube.

Speaking of Youtube, Wednesday night was the Bad Voltage Live show. I plan to review that in a separate post, but it was a lot of fun. We ran a bunch of errands Wednesday afternoon in preparation, which mainly included buying a tablet to use as a prize and beer … lots of beer.

On Thursday we had more talks, and then, sadly, the conference had to come to an end. Those of us who were still around helped tear down Halle 8. It looked really empty when we were finished. 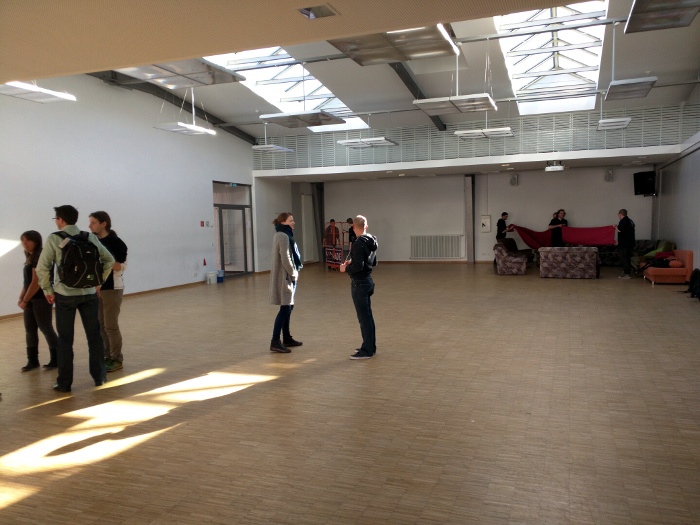 We then headed off to the Wiesenmühle for one final gathering before going our separate ways.

If you like OpenNMS then you really should make plans to come to the OUCE. Next year will be held at about the same time at the same place, so reserve space on your calendar now.

In the meantime, there are two more conferences left in the year where OpenNMS will be presenting. In a week you’ll find us at All Things Open in Raleigh, NC, USA, and in November Ronny and I will be at the Open Source Monitoring Conference in Nürnberg.

Hope to see you at one or all of these.