Back in 2012, I first experienced Uber. While I assume everyone knows what Uber is, just in case you don’t, it is a ride service that heavily leverages modern technology to disrupt the livery/taxi industry.

When I first used Uber in 2012, it was limited to “black cars”, vehicles like Town Cars on the higher end of the scale, and the price reflected it. Now they have a number of different options, such as UberX (similar to a taxi), UberPool (more of a ride share version of UberX), UberSushi, UberMusic, etc. (okay, I made the last two up).

I had a rather positive experience with Uber back in 2012, but I rarely had the chance to use it much after that. Later, when I started reading about some “evil” things they were doing, I wasn’t inclined to call on them when I needed a ride, and their Android app seems to need an awful lot of permissions in order to work correctly, so I wouldn’t install it.

I am currently spending a few days in San Francisco, and when I landed at SFO I decided to take a taxi instead of BART. I like BART, but I was running late and also had a fairly large suitcase with me, so I opted for the convenience of a cab.

It was a bad experience.

When I approached the cab stand, I was assigned the next cab in line. This was car 226 from “Veteran’s Cab Company” and it was a very tired Toyota Prius. The driver seemed more interested in listening to music on his phone and texting than getting me to my hotel. 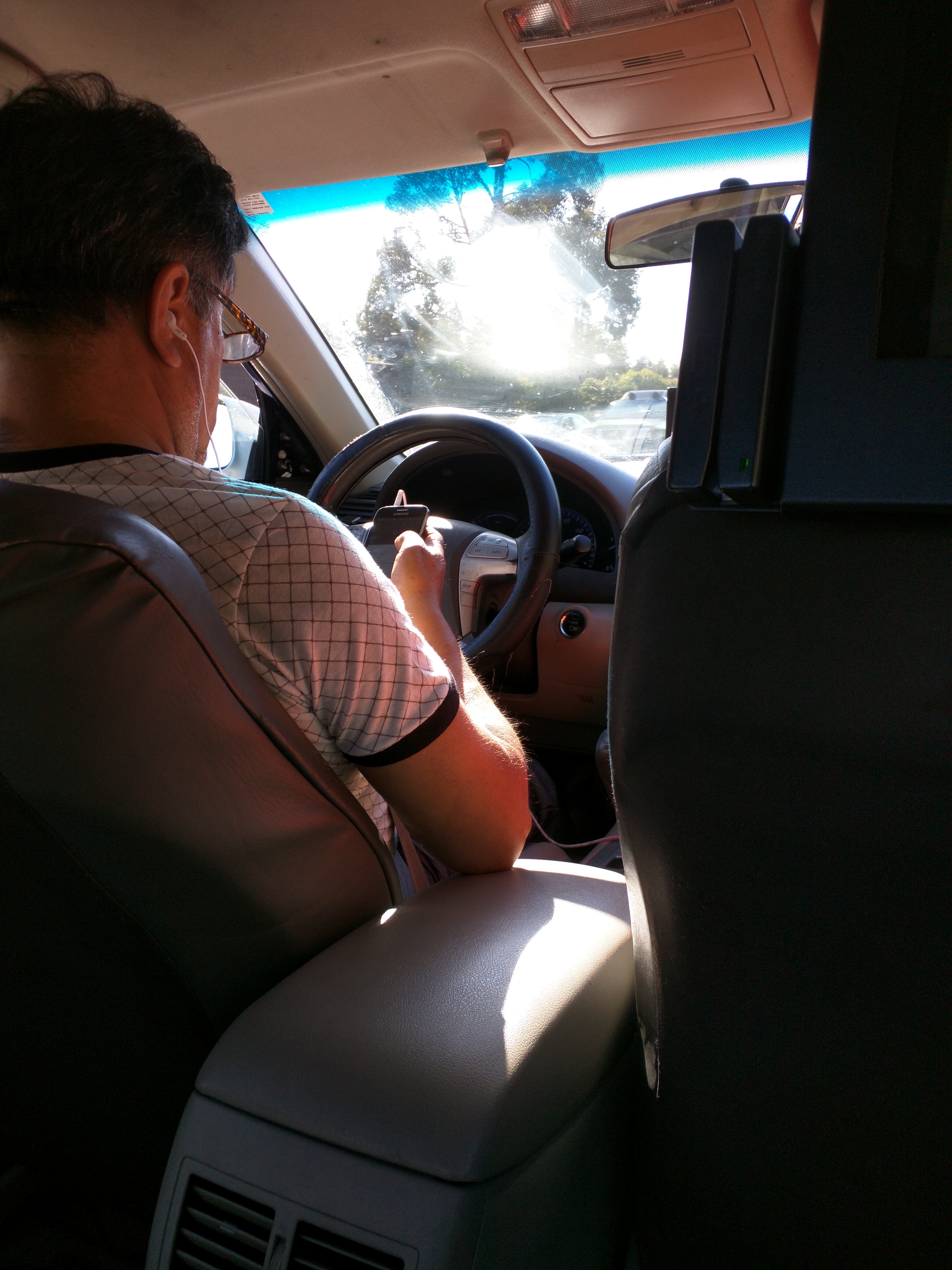 I did survive the trip, and I checked into the hotel, dropped my bags and headed back out because I was meeting a friend and we were going to take BART to the East Bay.

Although her house was only a 10-15 minute walk from BART, she was in heels and decided that we would catch a ride with Uber. This was UberX. The driver was waiting for us in an immaculate Prius and promptly took us to the house. As I ended up staying there past the time that BART stopped running, they called me another UberX ride to take me back to the hotel. This was also in a Prius, clean, and the driver was very friendly and safe.

It is hard to express the stark contrast between the experience of a normal taxi versus Uber.

I was in town for the EFF’s 25th anniversary party. While I walked to the “minicon” they held during the day, I decided to take Uber to the evening party. I dusted off my Uber account, updated the credit card, and called for a ride.

Within three minutes Ye showed up in a nice Toyota Camry. The route to the DNA Lounge was already in his phone, adjusted to avoid traffic, and the trip was quick and pleasant. As everything is paid for via the app, I had nothing to do but enjoy the ride.

I can see why people could get used to this.

For the ride back, I used Uber again. This time Allam picked me up in a Honda CR-V. Again, he arrived within three minutes. I was his first customer for the night and we hit it off to the point where I didn’t want the ride to end (he was originally from the West Bank of Israel and we talked a lot about the Middle East, which I’ve enjoyed visiting).

When I go to the airport tomorrow to head to CLS and OSCON, I plan to take UberX, or I might try UberPool.

While I still have concerns about some of Uber’s policies, and I probably need to check out Lyft (a competing service), we are talking about an experience that is orders of magnitude better than the old status quo. I’ll be hard pressed to take a taxi again.