I should mention that so far the weather in Minnesota has been outstanding. Highs in the low 80s (mid-20s for those of you in the rest of the world) and low humidity.

Too bad I spend most of my time indoors.

When we did our first Dev-Jam back in 2005, we learned a lot. The main issue was that people have different schedules, so being able to come and go whenever was important. That also applies for things like meals. While we strive to be together as a group for dinner (which often involves catering or pizza), everyone is on their own for breakfast and lunch. Since we want to cover all the expenses for the conference as part of the conference, we usually find some way to give people money to spend on food and sundries.

At UMN they have something called “Gopher Gold” which allows students to use their access card to buy things on campus. This works really well, but the problem is that if the funds are not used by the time the conference is over, they are gone. This usually resulted in a mad dash to the student store on the last day.

This year I got the idea of getting a custom pre-paid debit card. With the artistic talents of Jessica, we came up with Kiwi Kash: 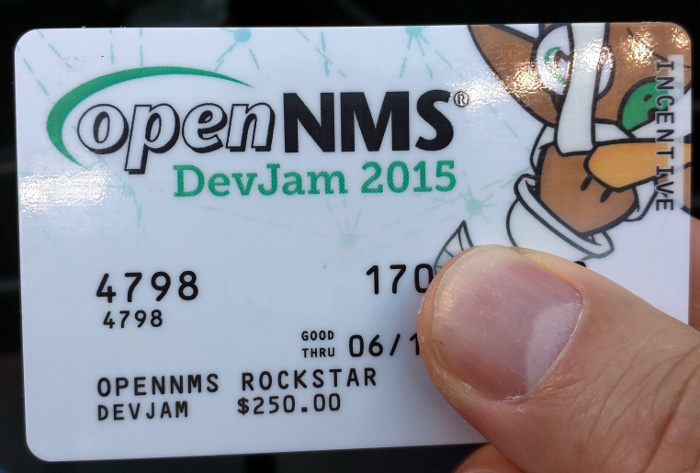 So far it has worked out pretty well.

Day Two of Dev-Jam, for me, was spent working with a client. We don’t stop support during this week and I needed to get one of our customers up on Meridian. As it is a migration and not an upgrade, it took a little longer than usual, and we had to do some database optimization which took longer than I would have liked.

Everyone else, however, seemed to be having a lot of fun. Jesse did a presentation on some of the graphics work he’s been doing. 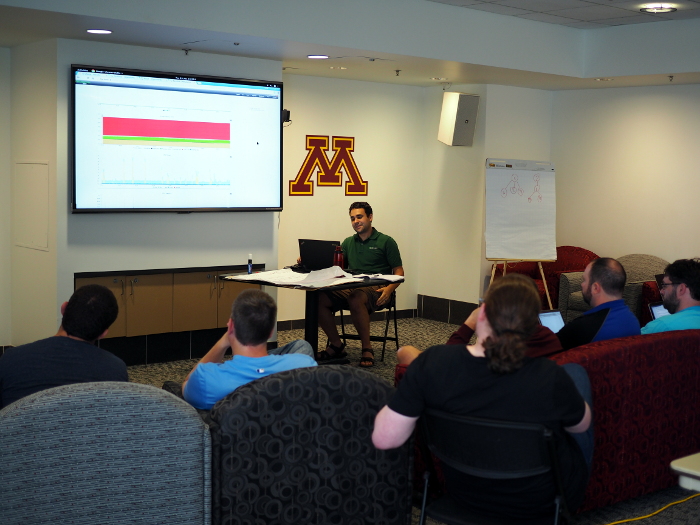 This includes the OpenNMS integration with Grafana as well as a new library written in Javascript to generate RRDtool-like graphs. This will help us get graphing into Compass as well as other things.

In the evening we all went to see the Minnesota Twins lose to the Chicago White Sox. The Twins are now 1-3 on OpenNMS Project night (sigh). 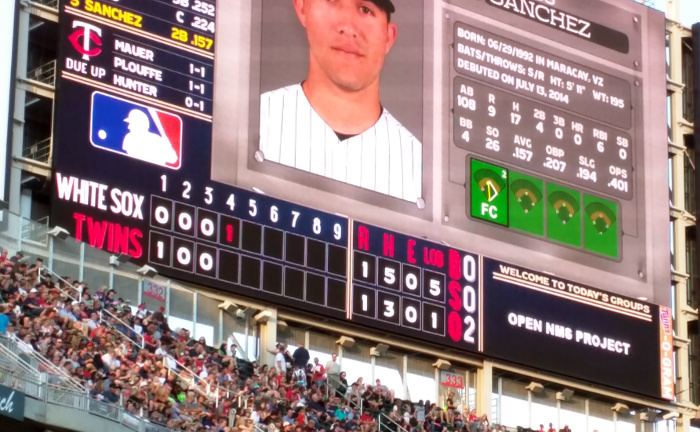 But everyone seemed to have a good time. I spent part of the evening trying to explain the game to the Europeans, and the stranger behind me pointed out I was doing it wrong, but still is was a great night to be outside with friends. 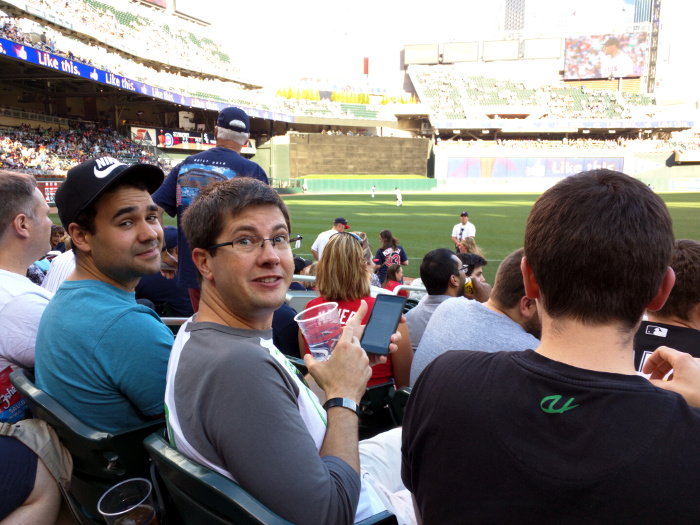