I’m calling this post “Day 3” of but that is a bit of a misnomer. While there were some OSCON events on Friday, the Expo closed Thursday night and as the holder of an Expo-only pass …

Instead I decided to grab a Zipcar and hop over the border to Vancouver. I am an unabashed fan of Zipcar, and I look forward to the opportunity to use them whenever possible. Portland is one of their major cities, and I had a choice of two cars that were parked directly in front of my hotel in the City Center.

I chose the red A3, and I rented it for a couple of hours so I could scoot across the border to visit one of our largest and oldest clients, New Edge Networks. 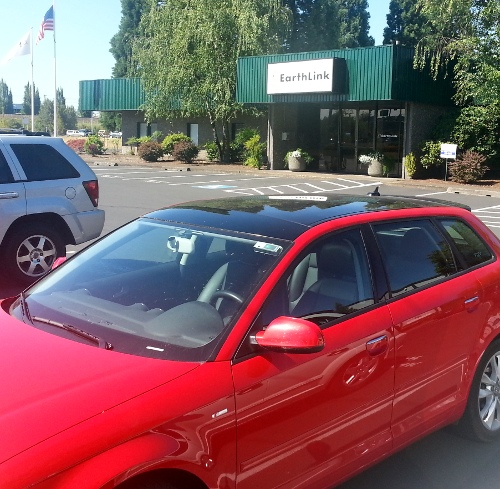 Well, technically they are Earthlink Business Systems, and while I think Earthlink is a good brand I still think of them as New Edge.

The car was fun, if a little dirty. It looks like someone who had it before me got into some mud. The thing I like about Zipcar is the community – not only are we customers but they have built a culture where you feel more like you are borrowing a friend’s car than renting one – so the interior was very clean as that just happens to be the way we Zipcar users roll.

Another courtesy is that you should leave at least a quarter of a tank of gas in the vehicle, and the person before me followed that to the letter (grin). I thought it would be good to fill it up on the way back, so I got to experience getting gasoline in Oregon. Oregon, along with New Jersey, requires an attendant to fill your tank, and it took a second for me to understand why the guy at the gas station was being so attentive. He was familiar with Zipcar, and that part of the process went smoothly, as fuel is included in the rental fee.

I had a little time on my hands before dinner, so I decided to visit Powell’s. Of course, I felt the need to leave my mark, if just for a little while before the smurfs took it back. 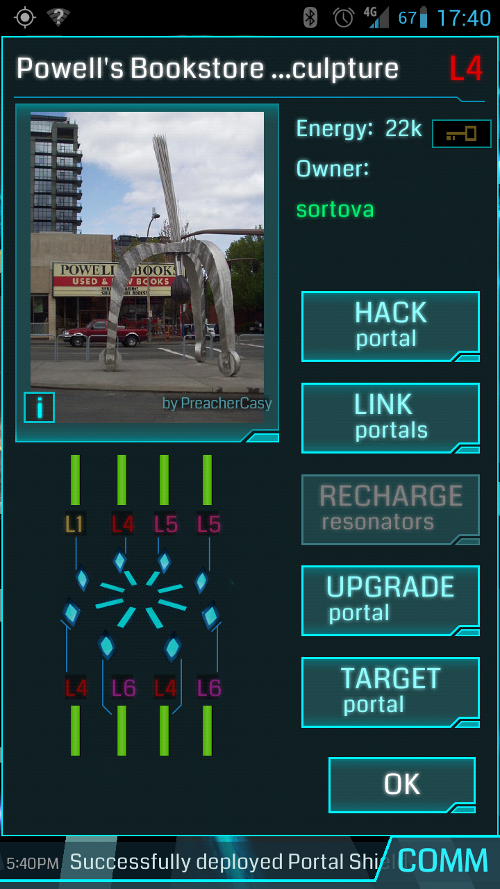 A small group of us met at Vault Martini for happy hour. Tina and Jason showed up from Earthlink, and much to my surprise Jason Aras (OGP) also showed up. I was thinking that he was mad at me since I was having trouble getting in touch with him via e-mail, but he assured me that it was due to him being crazy/busy at StackMob. The fifth person in our little group was Ken Eshelby. Ken works for the State of Oregon where he has done some amazing customization work on their instance of OpenNMS, but we have not been able to get permission to do a detailed case study (yet). 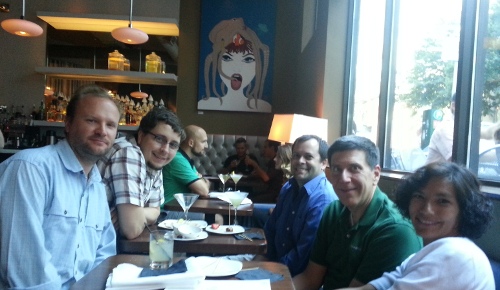 We talked tech and politics (these are a few of my favorite things) and then grabbed dinner. My only requirement is that dessert was going to be Voodoo Doughnut. 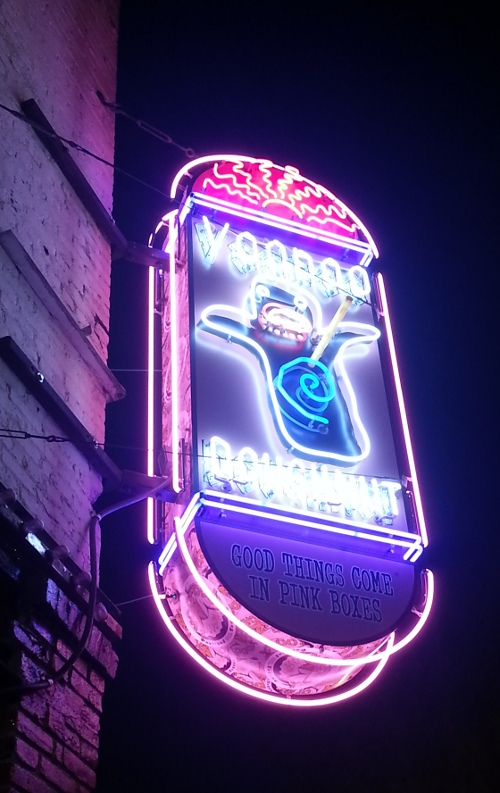 As usually there was a line, so I used it as an opportunity to get rid of a large number (sigh) of L4 XMP Bursters. 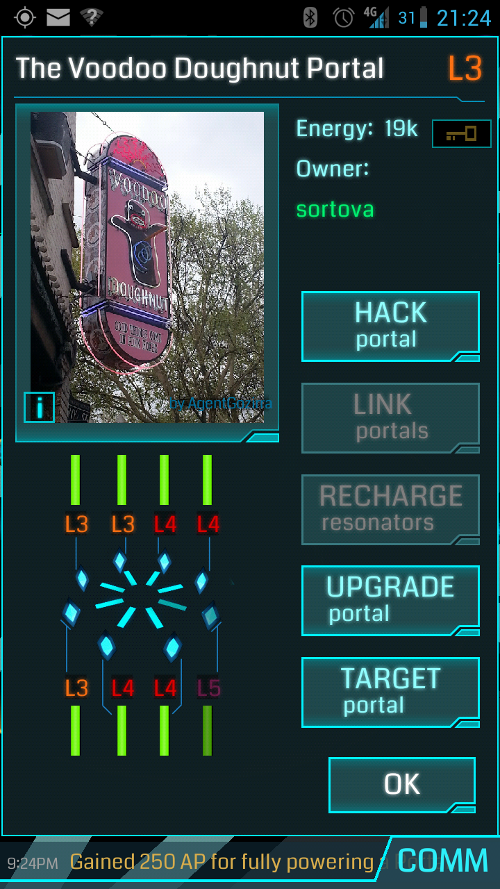 As for my dessert choice, I am nothing if not a fan of the classics. 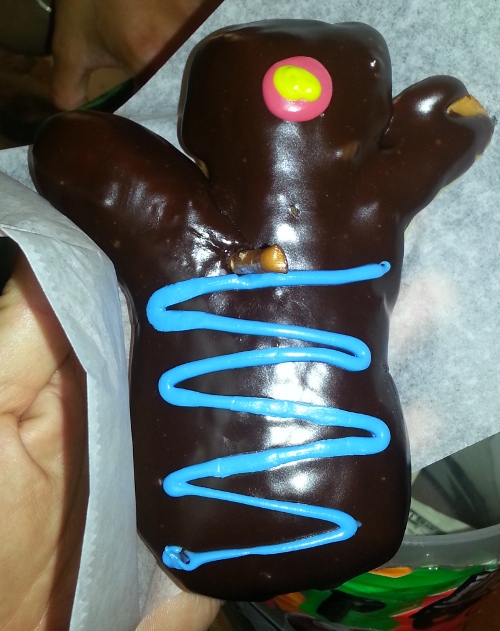 It was a great trip with great people and great weather. I look forward to the opportunity to do it again.