Sorry for the delay in posting this. Right after the conference I took a two day trip to Dresden, and no sooner had a landed back in the US I was off to DC. Just not enough hours in the day.

I was extremely pleased with the Users Conference, and it seemed that people who attended got a lot out of it. We had between 40-50 people in total from over 10 countries.

Friday afternoon I went down to the hotel lobby and the OpenNMS folk started gathering together. We chatted until about 7pm when the Nethinks people showed up and we went off to a restaurant for dinner and beer.

Since I had to speak for several hours the next day I left early, but after 10pm the party moved to another area of the restaurant and went on for awhile. 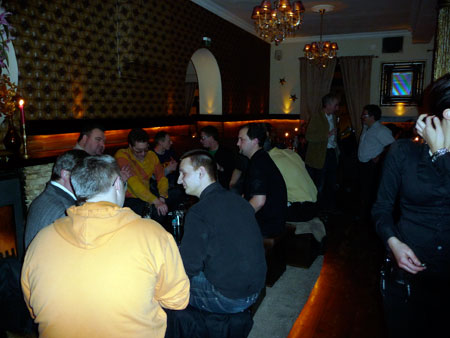 The conference was in three hotel “ballrooms”. The first hosted the coffee while the other two were used for presentations. Once I managed to get my Mac to talk with the projector, things went smoothly. 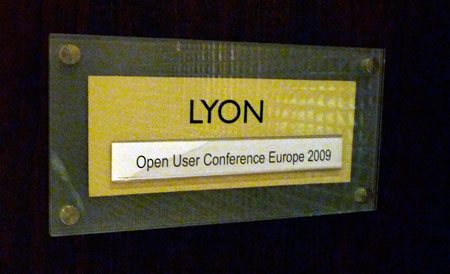 My first talk was an overview of OpenNMS coupled with four case studies, each focusing on a specific functional area: data collection, service monitoring, remote monitoring and events. After a short break I talked about the features coming in version 1.8. I think both talks were well received. 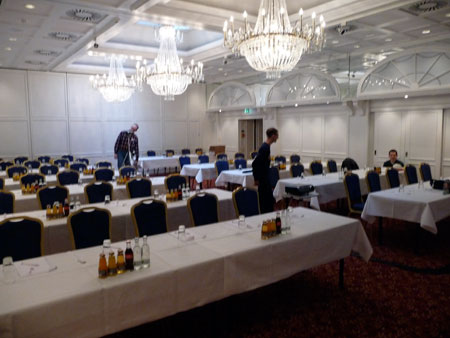 After a fabulous lunch buffet in the hotel restaurant, the afternoon session began. Alex and Antonio had both forgotten the cable needed to connect their MacBooks to the projector, so they ran off to buy one. We moved Jonathan’s presentation on the Trouble Ticket API and Ronny’s Reporting Enhancements talk up a slot to cover for them, and they were back in time to do the Syslog and Mapping talks, respectively. The day ended with Jason’s Enhancement Talk and Jeff’s Asterisks lecture.

It was cool that there seemed to be roughly an even number of attendees in each session, so we seemed to have scheduled that well.

All the slides are available on the web site, and I believe that the video from the conference will be made available soon. I’ll post when they are.

None of this would have been possible without the work of Alex Finger and Uwe Bergmann. I believe that Nethinks will make a great partner for OpenNMS in Germany. Also, special recognition should go to Simona Bott for doing all of the heavy lifting in making this things possible.

On one final note, my friends from the Netherlands bought me stroopwafles. 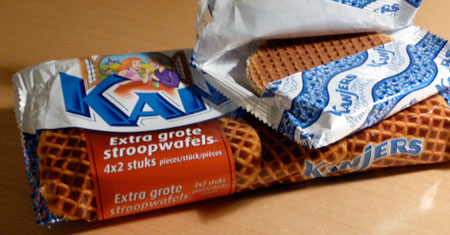