Some days I absolutely love my job, and today is one of them. Today we inducted Matt Raykowski into the Order of the Green Polo (OGP). The OGP is the governing arm of the OpenNMS Project and it is made up of those people who have made (and continue to make) major contributions to the application.

This is what makes OpenNMS so great. Building on Matt Brozowski’s highly scalable collection engine, Matt Raykowski added native WMI support so that OpenNMS can now gather Windows performance data. I want to emphasize the word “native” since there is no proxy or additional software (such as the SNMP Informant agent) required to be installed. 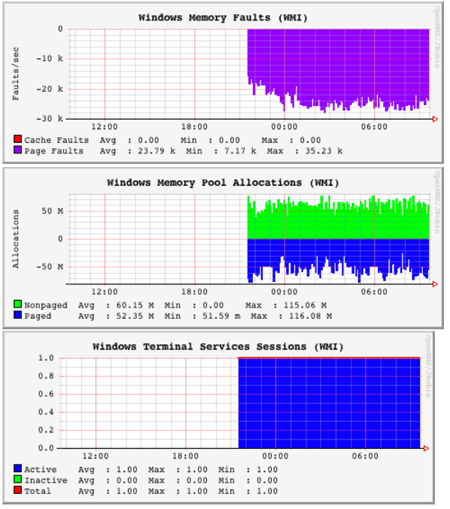 There is still some ways to go before the feature is ready for the stable branch, but it should be included in the 1.8 release later this year. However, it is in trunk and thus people are encouraged to test it by either building from source or by installing the nightly “snapshot” packages. I am looking for some people with large Windows networks who can help us test its scalability. My guess is that it will be orders of magnitude greater than the other solutions that are out there.

When I go on and on about the ideals of true “open source” it is work like this that illustrates exactly what I mean. While there is a myth that just by calling your project “open source” thousands of qualified people will give up nights and weekends to work on it, it is possible to build, over time, a small but dedicated group of people who do just that. But to make that happen requires a level of trust that the work won’t be commercialized, that it will remain open and continue to be appreciated and developed for time to come.

This is the biggest flaw in the “open core” model and exactly what makes “open source” so powerful. Sure, the open core guys get contributions, but I doubt they get such powerful features. Even if they did, they’d probably want to make them “enterprise only” and try to sell them. At OpenNMS we encourage work like this and have built a platform to make such things possible, and a major part of that is keeping all of the software free and open.

I’m humbled that Matt trusted us enough to spend the months it took to create this feature, and I hope in at least a small way his membership in the OGP provides some compensation. I’m sure his dedication will continue to make the project even better, and move us closer to becoming the de facto network management platform of choice.

One thought on “Matt Raykowski, OGP”