After my insane schedule during my European tour last May I decided to plan for one pretty much “down” day this trip. I needed to catch up on mail and some other projects, and this was also the day that Jeff and his wife Mandy were showing up (Jeff has to work this week but Mandy gets to run around London).

They were pretty tired from the flight, but after lunch Jeff decided to stay up as long as he could to help adjust to the time change. That was cool with me since I needed to run some errands in town. 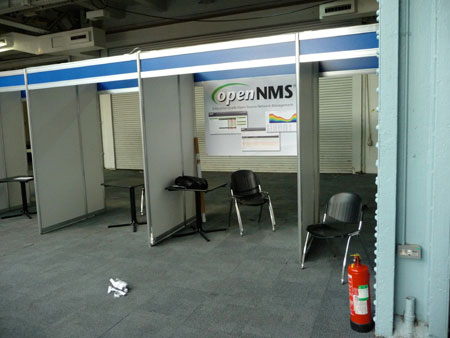 The first stop was the convention center in Olympia to check out our booth and hang the new banner. I based it on our large booth, and it turned out pretty well (the image is a rather high resolution since it is something like 300 dpi and ten feet long). The geek ghetto at this show was smaller than I was used to and once again we were off in a corner by the restrooms, but hey, that’s how we roll (grin).

On the way we passed the office for Bristol Cars. These are pretty exclusive, hand built English cars, and I got a picture of Jeff in front of the gullwing “Fighter” model. 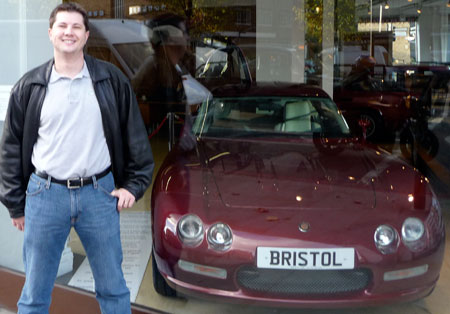 After we got everything sorted at the convention center we had enough time to run down to Warrs Harley Davidson. I needed to add a London shirt to my collection. 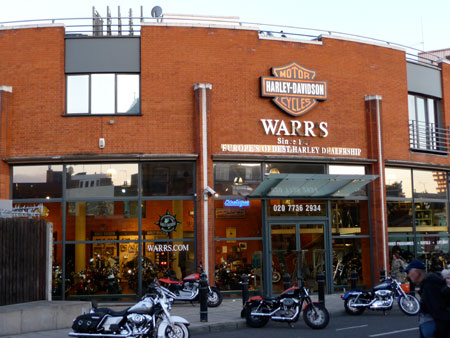 Finally that evening we decided to have a small UK OpenNMS meet up. Alex Finger, who is based in Geneva, happened to be in SAP training near Heathrow this week, so he met up with me, Jonathan Sartin plus Jeff and Mandy. We wandered around Piccadilly Circus but most of the restaurants were very crowded so we ended up in this trendy bar called Revolution. The food and drinks were nice but man it was loud. 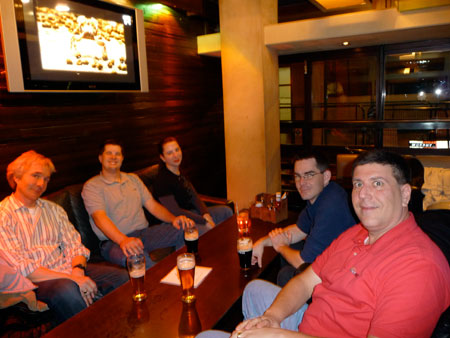 Once again Alex Hoogerhuis was supposed to meet up with us but he cancelled. Before I actually met him this happened about three or four times, so much so that we considered him to really be a bot, since we only ever saw him on the IRC channel as “_snd”. Once we got an actual bot in the channel, we christened it “_sndbot” in his honor. Since I am the only one to have met him Jeff still thinks he doesn’t exist.