Whenever we go to conferences to talk about OpenNMS, invariably we get compared to Nagios. Often the tone is quite challenging, as in “How are you better than Nagios?” in much the same way that geeks are wont to argue “vi vs. emacs”, “KDE vs. Gnome” etc. and the idea seems that OpenNMS has to be “against” Nagios, which couldn’t be further from the truth. 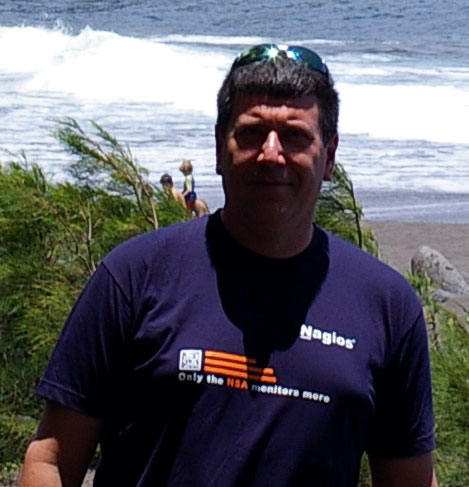 In my mind open source is about stuff that works. As a hack I love vi, but many of my developer friends are fond of emacs (or were before Eclipse came along). If I stuck an emacs guy on vi he’d be less productive, the same as if I were put on emacs. Does this make one better than the other? I don’t think so.

Ethan Galstad registered NetSaint, the precursor to Nagios, on Sourceforge two months before OpenNMS, back in January of 2000. So while Nagios is better known by far (10 times the number of Google hits on average) we’ve been around for about the same time.

The extra notoriety has actually been somewhat of a blessing, since some of those companies attempting to market themselves as “open source” decided to infringe on Ethan’s Nagios trademark versus OpenNMS.

While I’ve never met Ethan in person (although he is supposed to stop by Dev-Jam this year), we have been looking out for each other’s projects for several years now and correspond via e-mail a couple of times a year. Before we announced our NRPE and NSClient support, I made sure to let Ethan know we were going to do it and sent him an OpenNMS shirt. A couple of weeks ago he returned the favor and I now have a cool Nagios shirt.

His tagline “Only the NSA Monitors More” is priceless. I seriously wish I had come up with it, although it is only true in the context of Nagios. Ethan is also a really nice guy, and it’s sad that people try to commercialize his work and the work of the Nagios community. At least he can still keep his sense of humour about it all.

At OpenNMS we strive to make sure that OpenNMS will always be free, and that OpenNMS will never suck. Nagios helps with the latter by driving us to be a better tool. We may sometimes compete, but we aren’t enemies, and I’ll proudly wear my Nagios shirt.

But I must say that at OpenNMS we have really cool clients, and we recently got a new one in Hawaii. So let me point out that the picture above was taken on the black sand beach of the Waipio Valley on the Big Island of Hawaii. Score one for OpenNMS (grin). 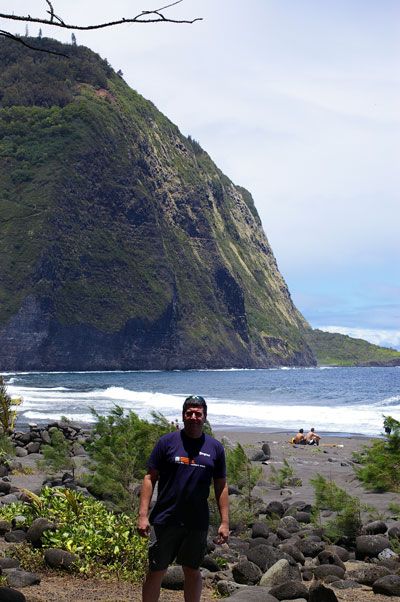