I always feel a little sad on the last day of any conference, and Open Source Summit was no different. It seems like the week went by too fast.

With the Sponsor Showcase closing on Thursday, attendance at the Friday keynotes was light, but those of us that showed up got to hear some pretty cool presentations. 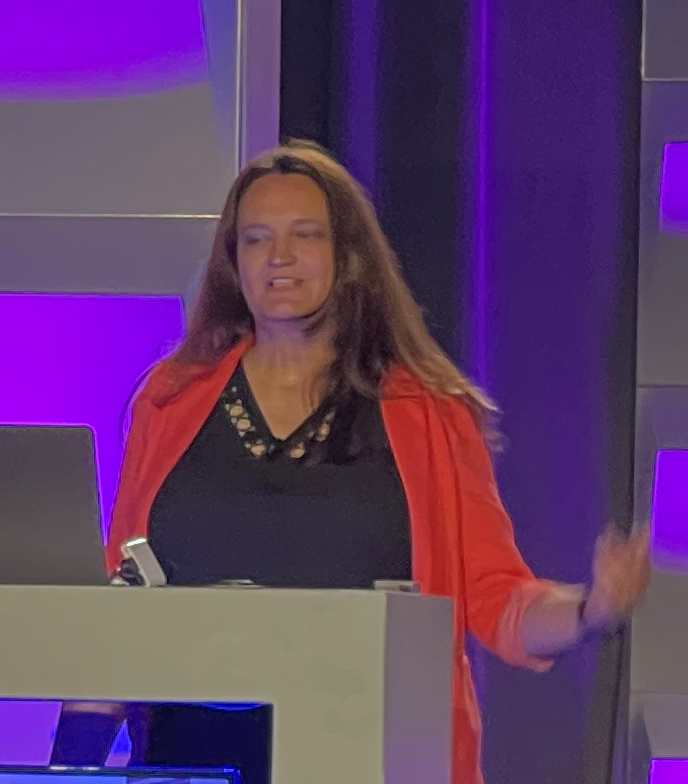 The first one was from Rachel Rose, who supervises R&D at Industrial Light and Magic. As a fanboy of ILM I was very eager to hear what she had to say, and she didn’t disappoint. (sorry about the unflattering picture but I took three and they were all bad)

This presents a number of challenges as the backgrounds may need to change as the camera moves, but it provides a much better experience for the actors and the audience.

The tie-in to open source is that a lot of the libraries used the creation of these effects are now open. In fact, the Academy of Motion Picture Arts and Sciences (the people responsible for the Oscars) along with the Linux Foundation have sponsored the Academy Software Foundation (ASWF) to act as a steward for the “content creation industry’s open source software base”. The projects under the ASWF fall into one of two tiers: Adopted and Incubation. Currently there are four projects that are mature enough to be adopted and several more in the incubation stage.

A lot of this was so specific to the industry that it went over my head, but I could understand the OpenEXR project, which provides a reference implementation of the EXR file format for storing high quality images. 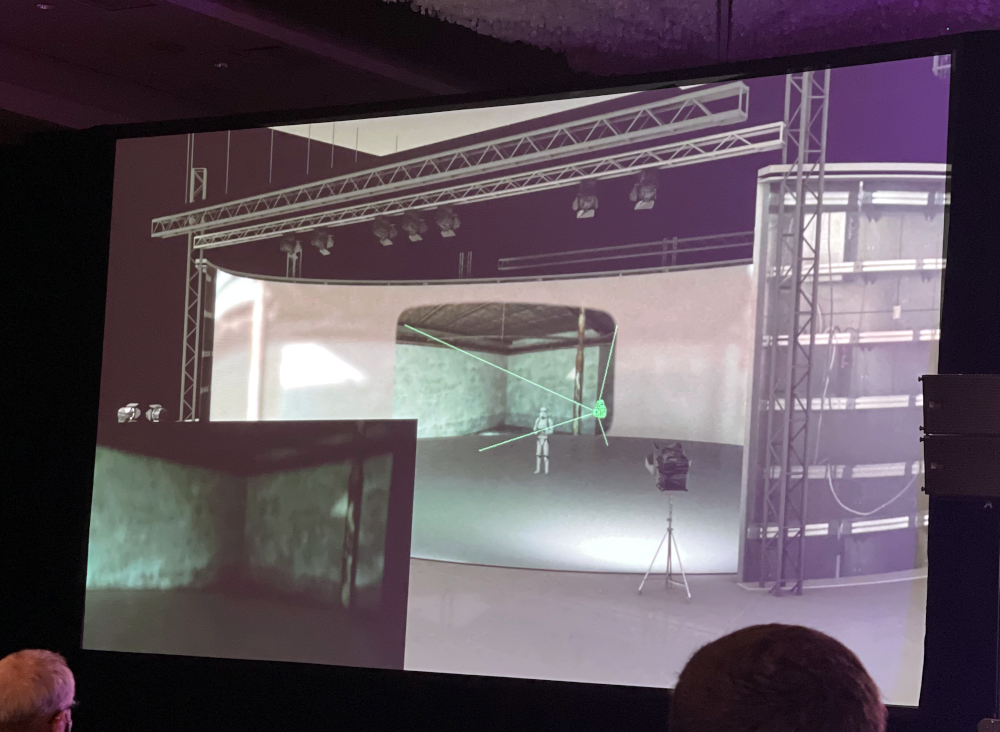 She then went on to talk about Stagecraft, which is the name of the ILM platform for producing content. I would love to be able to visit one day. It would be so cool to see a feature being made with the CGI, sets and actors all integrated. 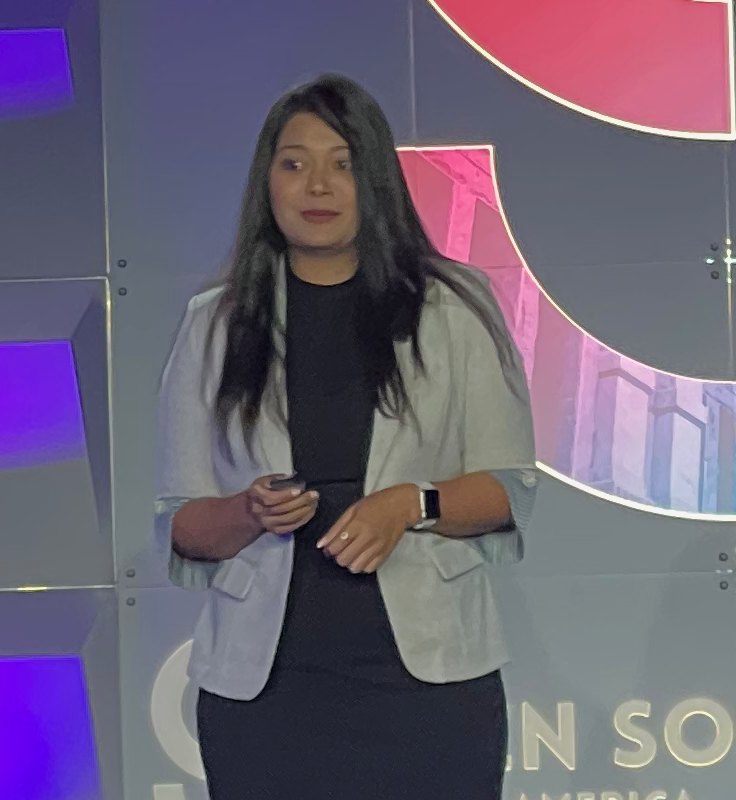 The next speaker was Vini Jaiswal, Developer Advocate for Databricks. I had seen a cool Databricks presentation back on Day 2 and the first part was similar, but Jaiswal skipped the in-depth technical details and focused more on features and adoption. A rather large number of companies are using the Delta Lake technology as a way to apply business intelligence to data lakes, and as the need to analyze normally unstructured data becomes more important, I expect to see even more organizations adopt it.

The third presentation was a video by Dmitry Vinnik of Meta on measuring open source project health.

To be honest I was a little unhappy to see a video as a keynote. It was the only one for the entire week and I have to admit I kind of tuned it out. It wasn’t even novel, as he has given it at least twice before. The video we were shown is available on Youtube from a conference earlier in the month and he posted another one dated June 24th from the Python Web Conference (while it has a different splash screen it looks to be the same presentation). 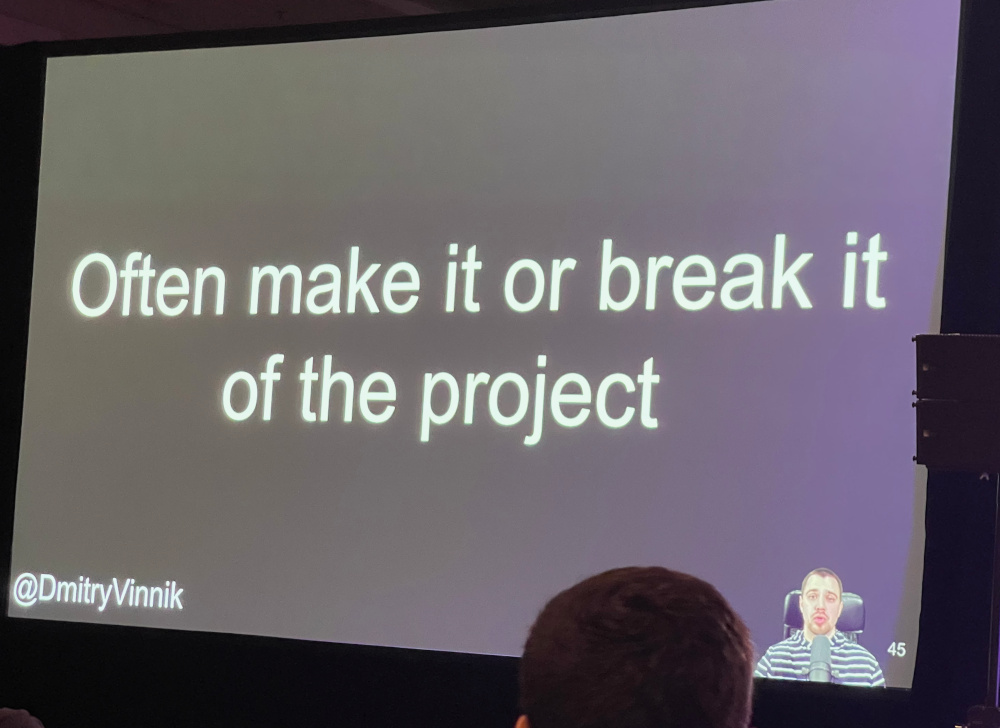 Look, I’ve given the same talk multiple times at different conferences, so I get it. But to me keynotes are special and should be unique. I was insulted that I bothered to show up in person, wear a mask, get my temperature checked each day, and I expected something better than a video I could have watched at home.

Note: Rachel Rose played a video as part of her presentation and that’s totally cool, as she didn’t “phone in” the rest of it.

The next two presenters were very inspiring young people, and it was nice to have them included as part of the program. 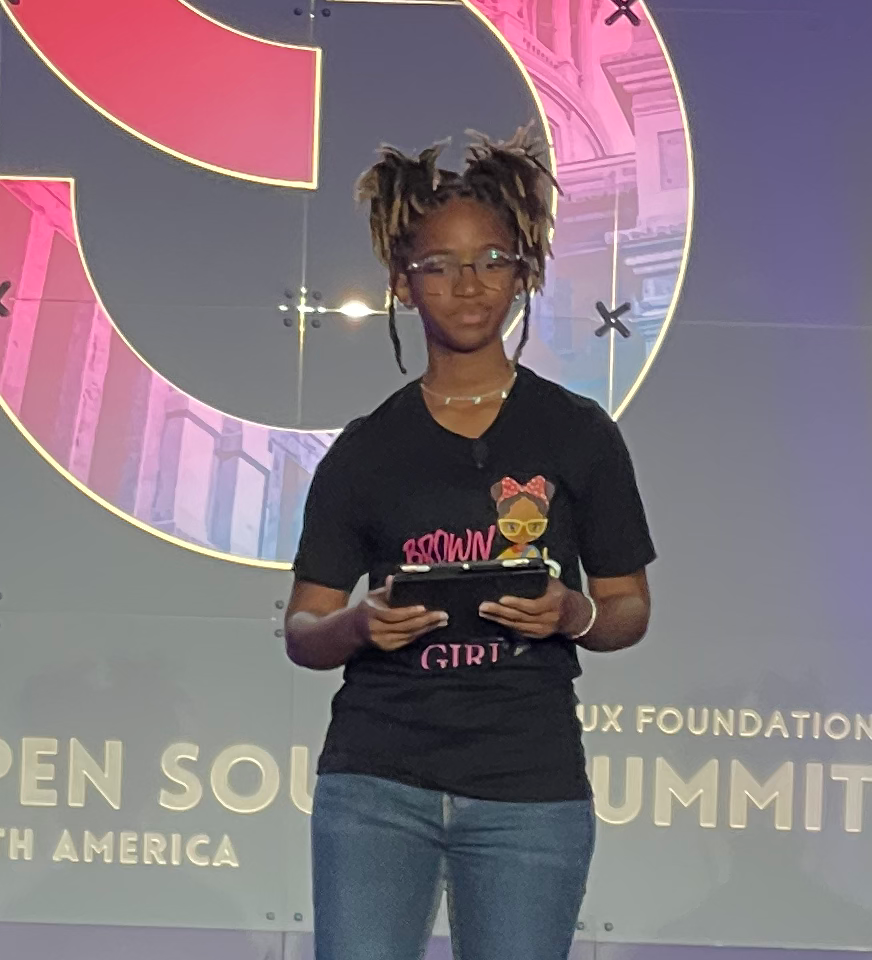 The first speaker was Alena Analeigh, an amazing young woman who, among other achievements, has been accepted to medical school at age 13 (note that in trying to find a reference for that I came up blank, except for her twitter bio, so if you have one please let me know and I can update this post).

Med school is just one of her achievements. She also founded The Brown STEM Girls as an organization to get more women of color interested in science, technology, engineering and math. She stated that while men make up 52% of the workforce, they represent 76% of people employed in STEM fields.

My love of such things was fostered at an early age, and programs like hers are a great step to encourage young women of color to get interested in and eventually pursue careers in STEM.

While she seemed a little nervous and tentative while presenting, the final speaker of the morning was the exact opposite. At 11 years old, I could listen to Orion Jean speak for hours. 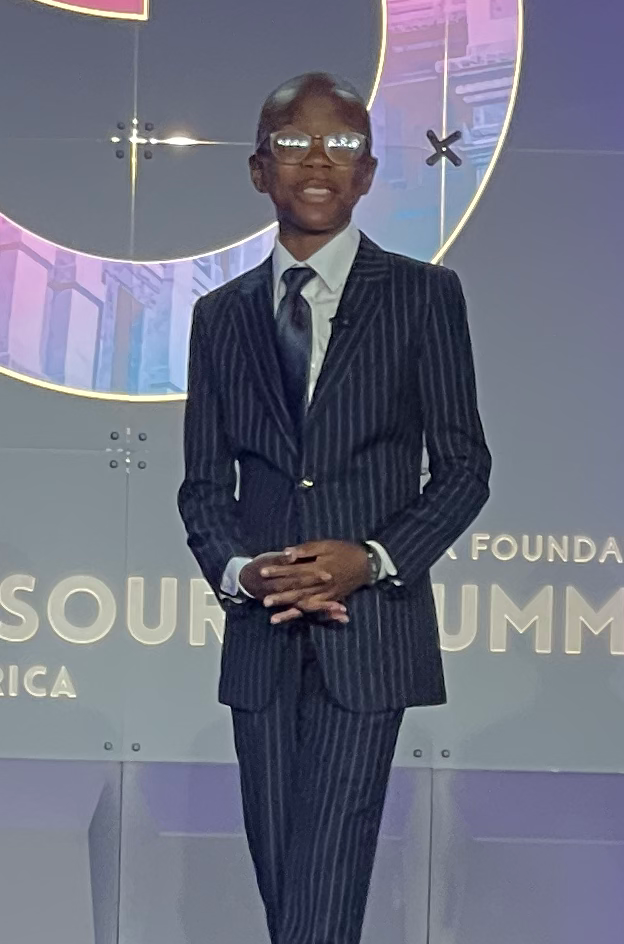 Orion also has a number of accolades, including Time Magazine’s “Kid of the Year“. He got his start as the winner of a speech contest sponsored by Think Kindness, and since then has started the Race to Kindness (“a race where everybody wins”) to spread kindness around the world.

To help inspire acts of kindness he uses the acronym K.I.N.D.:

After the keynotes I had to focus on some work stuff that I had let languish for the week, so I didn’t make it to any of the presentations, but overall I was happy with my first conference in three years.

There were a few people that attended who tested positive for COVID, so I plan to take some precautions when I get home and hope that the steps the Linux Foundation took to mitigate infection worked. So far I’ve tested negative twice, and I’ll probably take another test on Monday.

My next conference will be SCaLE in Los Angeles at the end of July, and I plan to be in Dublin, Ireland for Open Source Summit – Europe. If you are comfortable getting out and about I hope to see you there.