Not much to add on Day 3 of Dev-Jam. By now the group has settled into a routine and there’s lots of hacking on OpenNMS.

As part of my role as “cruise director” Mike and I ran out for more snacks. 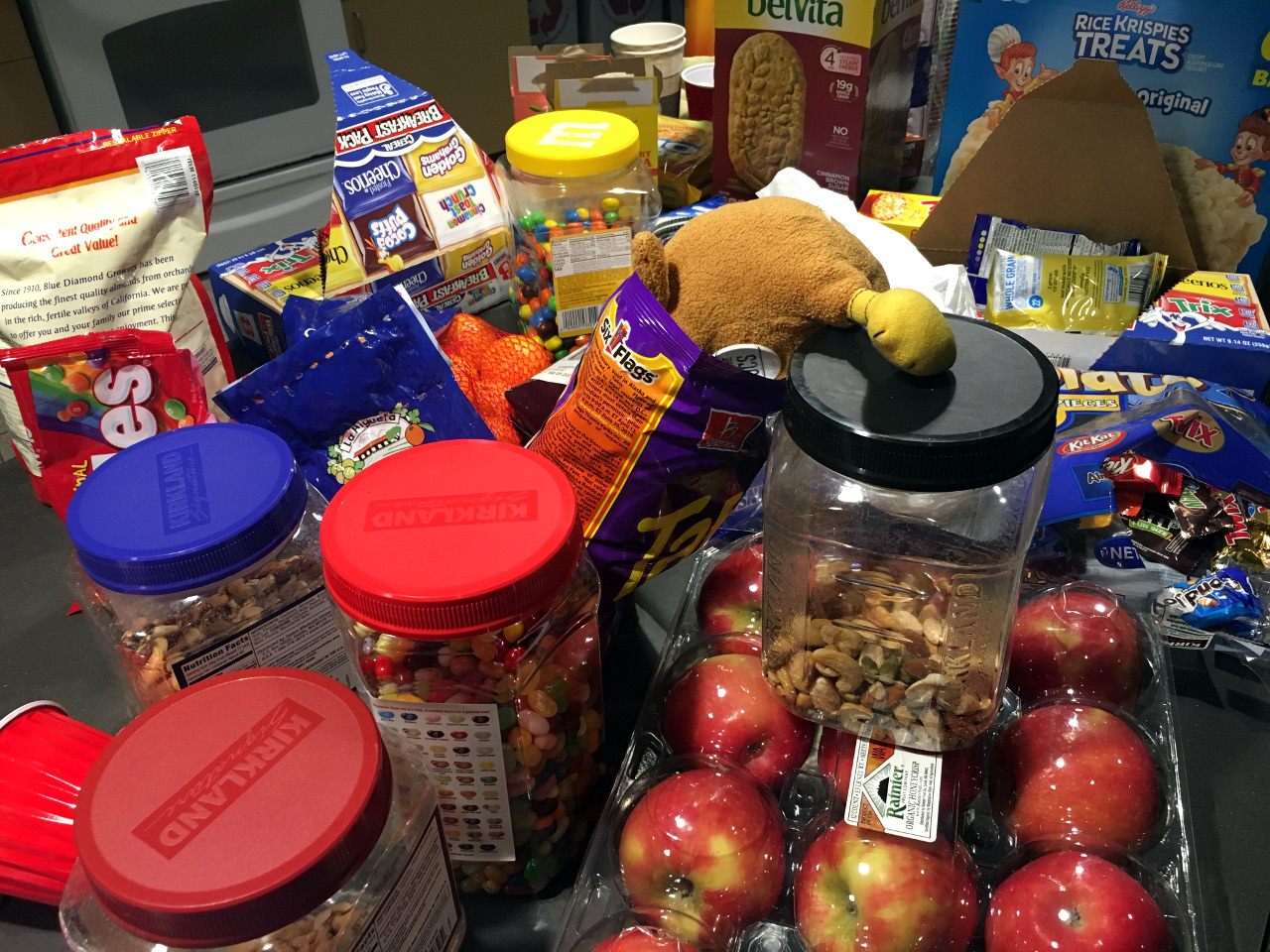 On the way we stopped by the Science Museum of Minnesota to pick up a hoodie for Dustin. As fans of Stranger Things we thought we should get our Dustin the same hoodie worn by Dustin in the show. The one in the show was apparently an actual hoodie sold by the museum in the 1980s, but it was so popular they brought it back. 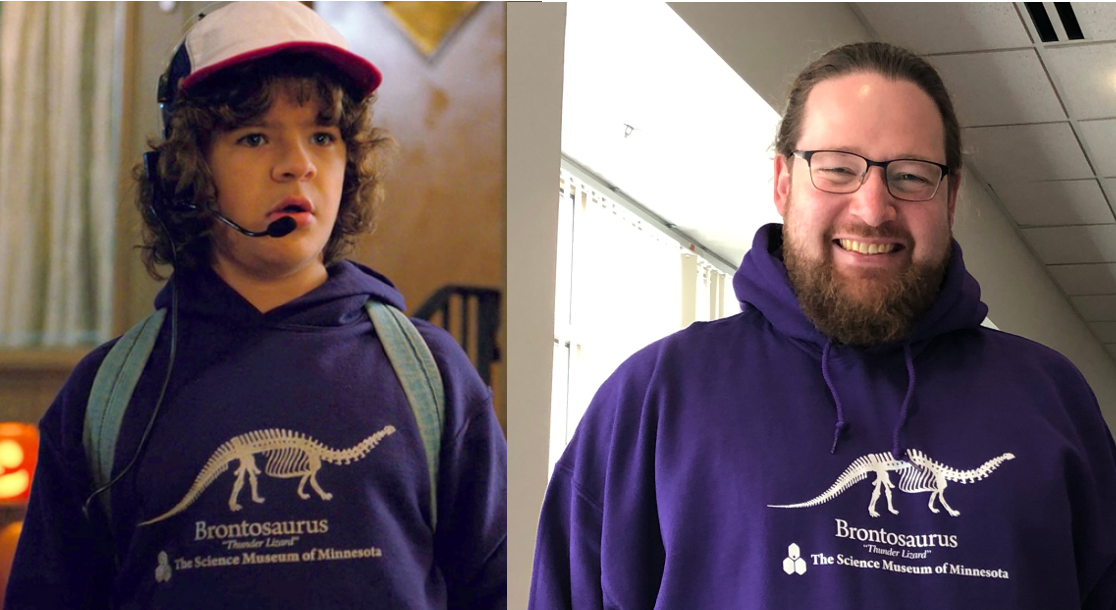 While not exactly the “Upside Down” in the evening the gang descended on Up-Down, a barcade located a few miles away. Jessica organized the trip and folks seemed to have a great time. 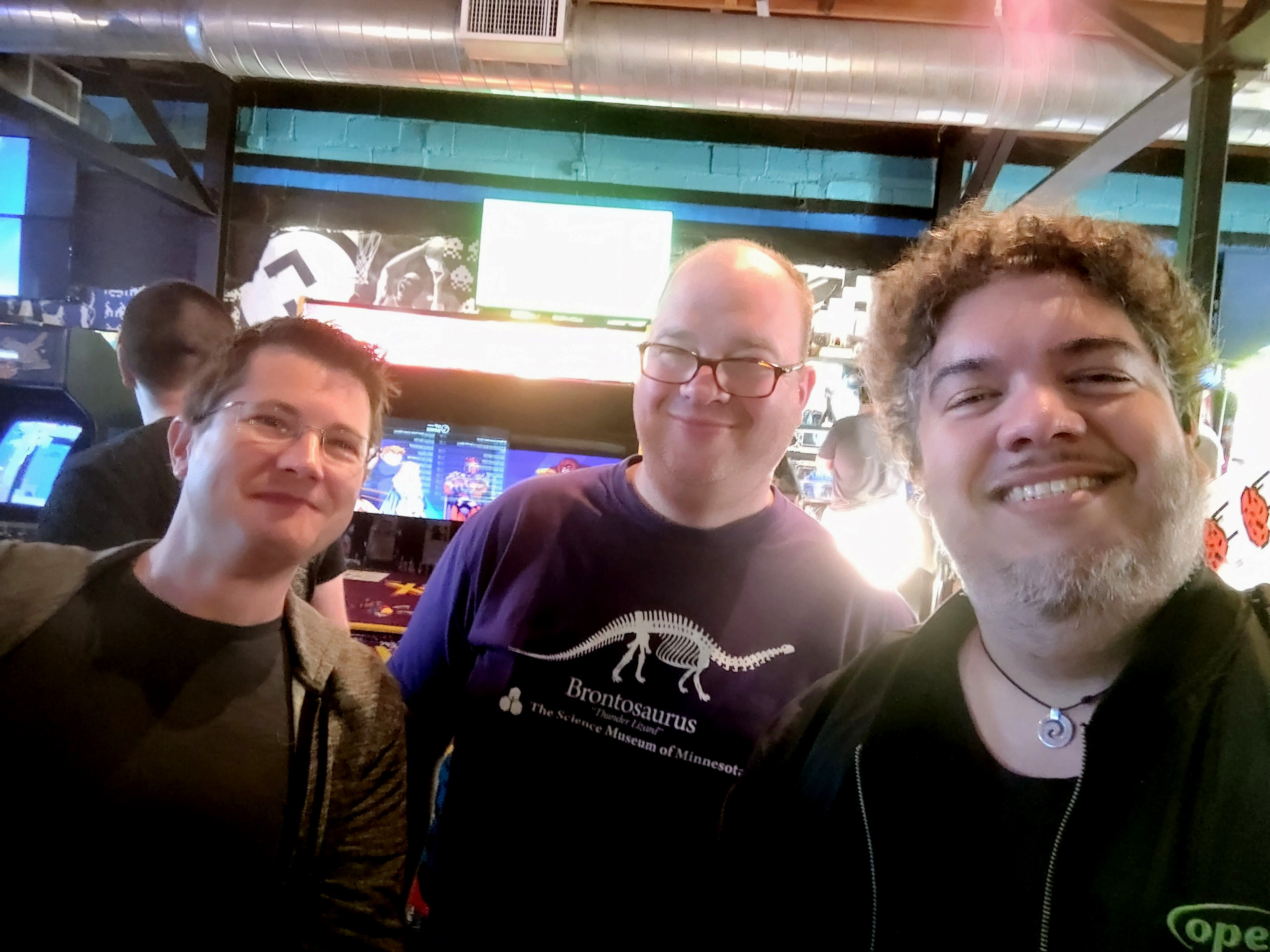 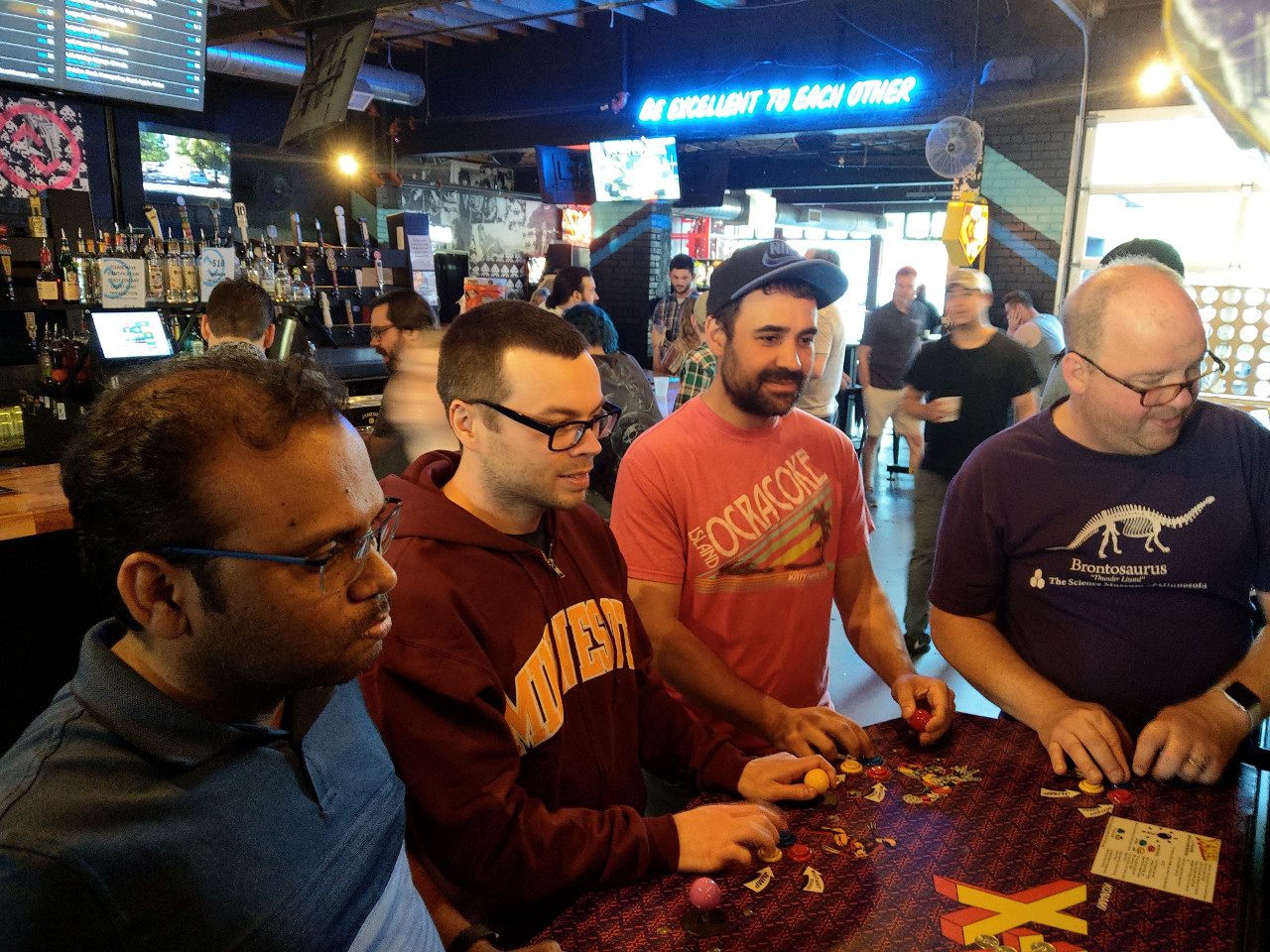 as well as pinball machines 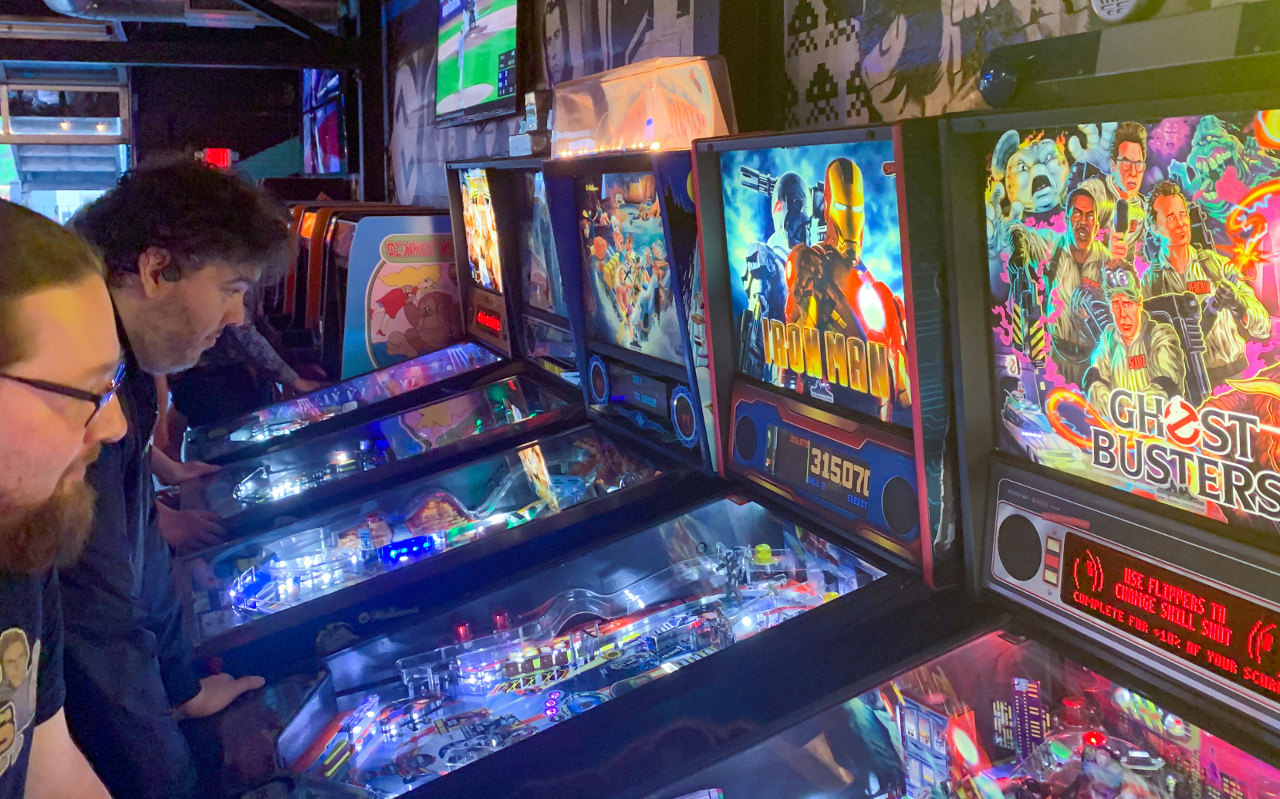 Of course, there was also a bar 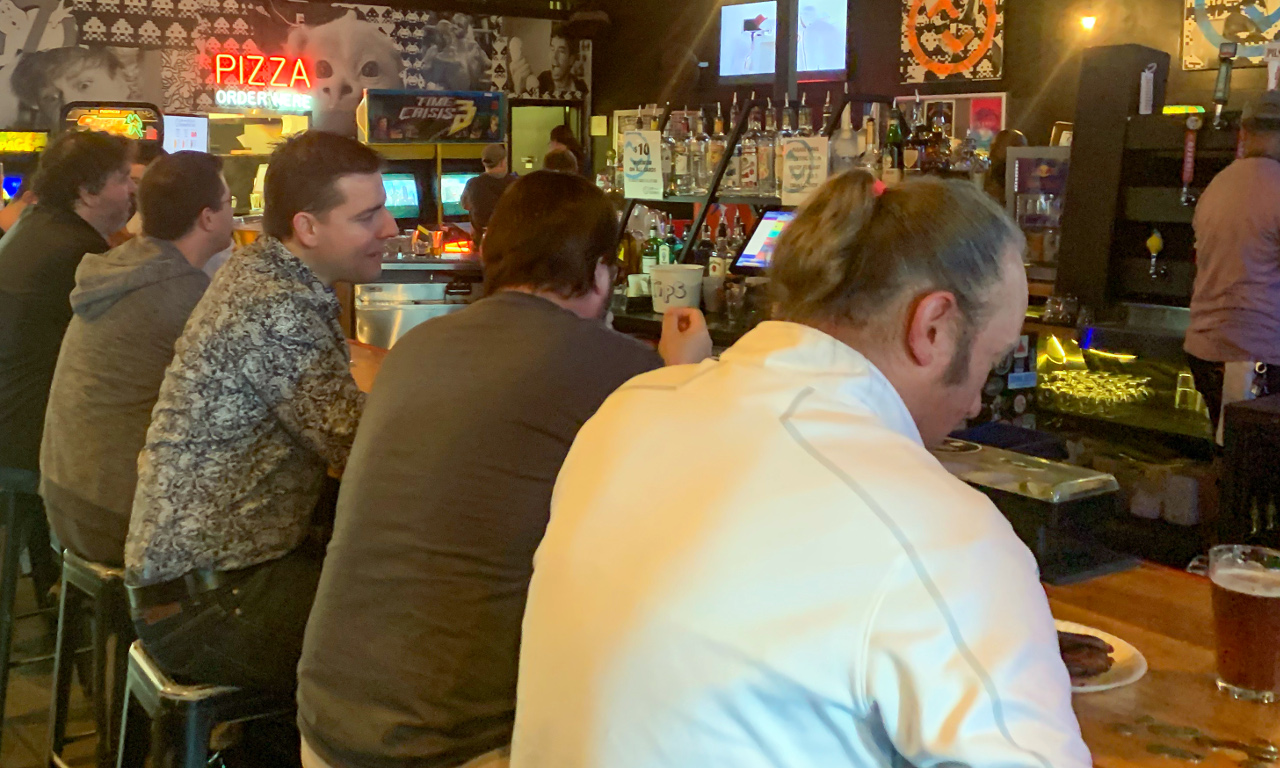