The 2018 Open Source Monitoring Conference officially got started on Tuesday. This was my fifth OSMC (based on the number of stars on my badge), although I am happy to have been at the very first OSMC conference with that name.

As usual our host and Master of Ceremonies Bernd Erk started off the festivities. 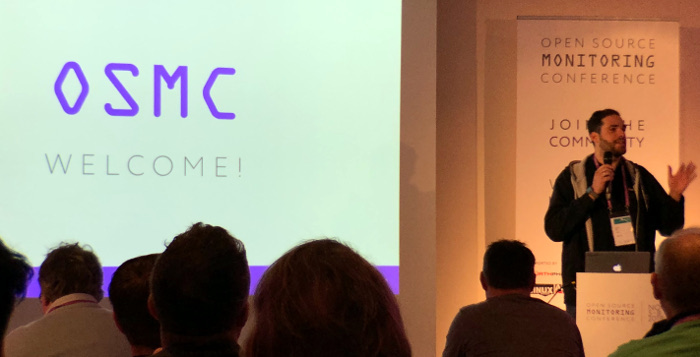 This year there were three tracks of talks. Usually there are two, and I’m not sure how I feel about more tracks. Recently I have been attending Network Operator Group (NOG) meetings and they are usually one or two days long but only one track. I like that, as I get exposed to things I normally wouldn’t. One of my favorite open source conferences All Things Open has gotten so large that it is unpleasant to navigate the schedule.

In the case of the OSMC, having three tracks was okay, but I still liked the two track format better. One presentation was always in English, although one of the first things Bernd mentioned in his welcome was that Mike Julian was unable to make it for his talk on Wednesday and thus that time slot only had two German language talks.

If they seem interesting I’ll sit in on the German talks, especially if Ronny is there to translate. I am very interested in open source home automation (well, more on the monitoring side than, say, turning lights on and off) so I went to the OpenHAB talk by Marianne Spiller. 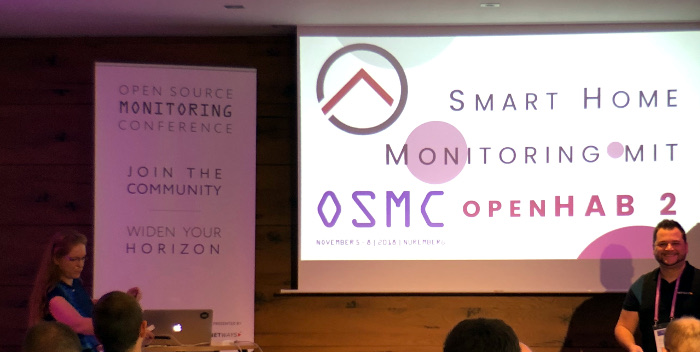 I found out that there are mainly two camps in this space: OpenHAB and Home Assistant. The former is in Java which seems to invoke some Java hate, but since I was going to use OpenHAB for our MQTT Hackathon on Thursday I thought I would listen in. 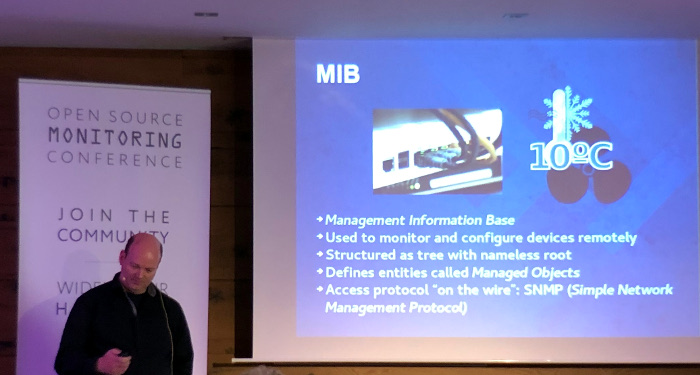 I also went to a talk on using a Python library for instrumenting your own SNMP MIB by Pieter Hollants. We have a drink vending machine that I monitor with OpenNMS. Currently I just output the values to a text file and scrape them via HTTP, but I’d like to propose a formal MIB structure and implement it via SNMP. Pieter’s work looks promising and now I just have to find time to play with it.

Just after lunch I got a call that my luggage had arrived at the hotel. Just in time because otherwise I was going to have to do my talk in the Icinga shirt Bernd gave me. Can’t have that (grin).

My talk was lightly attended, but the people who did come seemed to enjoy it. It was one of the better presentations I’ve created lately, and the first comment was that the talk was much better than the title suggested. I was trying to be funny when I used “OpenNMS Geschäftsbericht” (OpenNMS Annual Report) in my submission. It’s funny because I speak very little German, although it was accurate since I was there to present on all of the cool stuff that has happened with OpenNMS in the past year. It was recorded so I’ll post a link once the videos are available.

In contrast, Bernd’s talk on the current state of Icinga was standing room only.

The OSMC has its roots in Nagios and its fork Icinga, and most people who come to the OSMC are there for Icinga information. It is easy to why this talk was so popular (even though it was basically “Icinga Geschäftsbericht” – sniff). The cool demo was an integration Bernd did using IBM’s Node-RED, Telegram and an Apple Watch, but unfortunately it didn’t work. I’m hoping we can work up an Apple Watch/OpenNMS integration by next year’s conference (should be possible to add hooks to the Watch from the iOS version of Compass).

The evening event was held at a place called Loftwerk. It was some distance from the conference so a number of buses were chartered to take us there. It was fun if a bit loud. 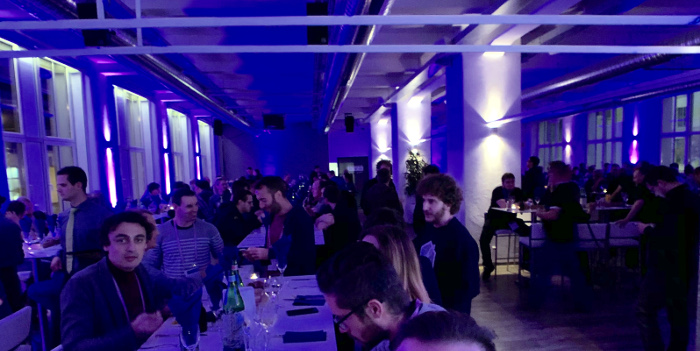 OSMC celebrations are known to last into the night. The bar across the street from the conference hotel (which I believe has changed hands at least three times in the lifetime of the OSMC) becomes “Checkpoint Jenny” once the main party ends and can go on until nearly dawn, which is why I like to speak on the first day.