I am the happy owner of an LG Urbane smartwatch. Unfortunately, I just upgraded to Android Wear 2.0 and now I can’t use it. 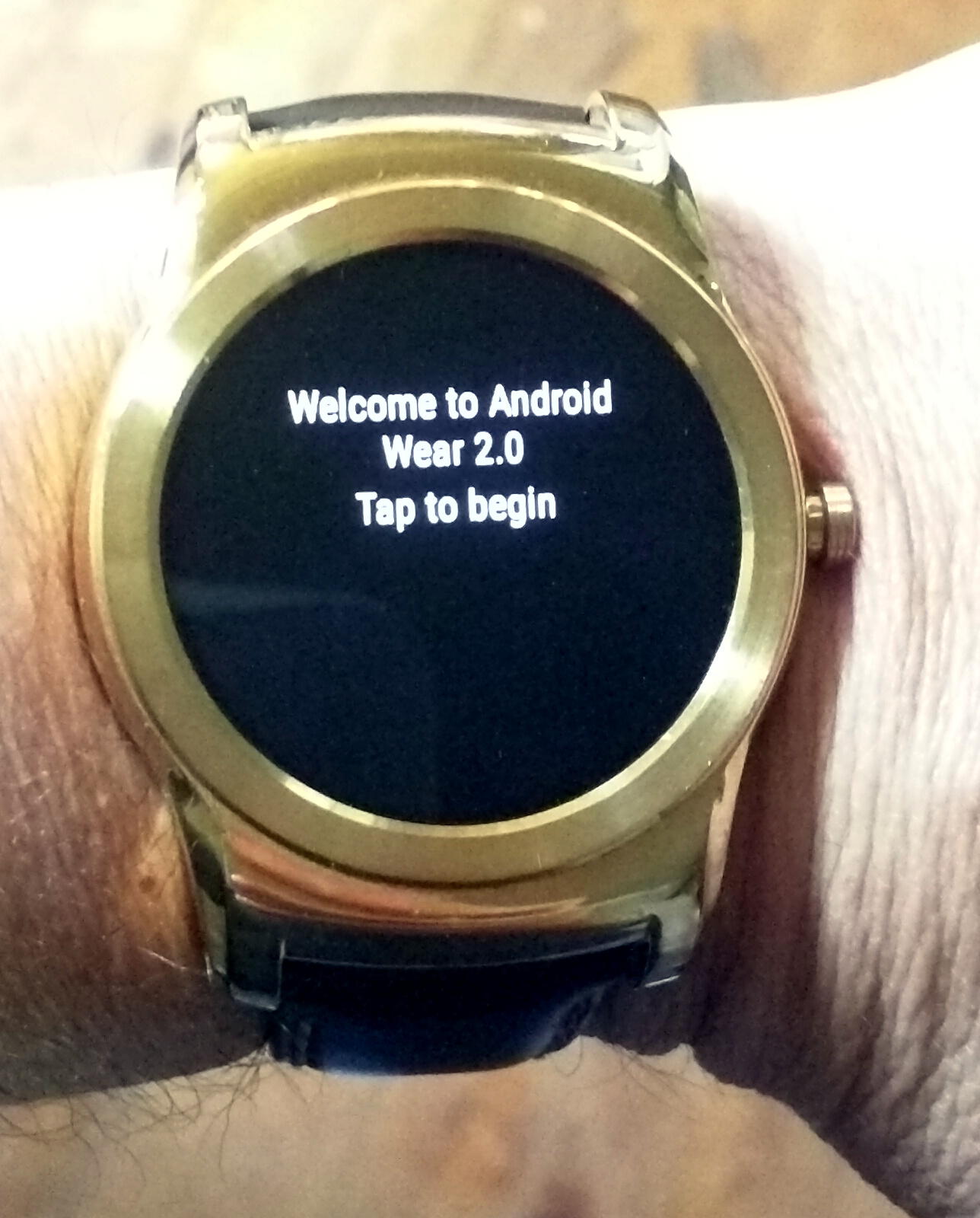 Luckily for me, my smartwatch is not “mission critical”. If I leave it at home by mistake, I don’t turn around to go back to get it. The main thing I use it for is notifications. I like the fact that if it is with me, it will automatically mute my phone and then vibrate when I have a notice. A quick glance at my wrist will tell me if I need to deal with it right this moment, or if it can wait.

The second thing I use it for is to do simple voice searches or to set reminders and timers. Outside of that there are a few apps I use and I like the fact that it tracks my steps, but overall I don’t use a ton of features.

When the notice popped up that I could upgrade, I blindly went ahead and did it. In retrospect, that was stupid, but I often get in trouble rushing out to install the “new shiny”. The upgrade seemed to go fine, and I didn’t think that much about it until lunch.

One of the things I do before heading out to lunch is check the temperature to see if I need a jacket. So I did the usual wrist flick to “wake” the watch and said “Ok Google” to get to the voice prompt.

Hrm, I did some research and apparently with 2.0 you have to press the button on the side of the watch to get to the Google prompt. I think this is a huge step backward, because now I have to involve both hands, and I find it ironic that with Android Wear 1.5 I I had to sit through a demo of one-handed gestures over and over again (I often have to re-pair my watch due to reloading software on my phone) and now they’ve thrown “do everything with one hand” out the window.

Anyway, I pressed the button which then brought up the Google Assistant setup screen on my phone. With 2.0 if you want to use voice searches, etc., you must use Google Assistant and you have to give Google access to all of your contacts, calendars etc.

I work hard to “sandbox” my Google activity from the rest of my digital life. It’s not that I think they are evil, it’s just that I don’t want anyone to have that much information on me, well, other than me. I kind of despair for free and open source software solutions in the consumer space. Everyone seems to be rushing to adopt these “always on” digital assistants with absolutely no regard to privacy, and this is causing vendors to lock down their ecosystems more and more. While open source is definitely winning on the server side, I don’t think the outlook has ever been so grim on the consumer side.

There were some upsides with 2.0, such as improvements to the look and feel, but I also found that I didn’t care for the new notification system (I seemed to miss a lot of them – perhaps I needed to change a configuration). But the requirement for Google Assistant was a deal breaker.

I thought about going back to 1.5, which I liked, but I can’t seem to find a factory image. In trying to locate one, I discovered that TWRP does have a version for bass (the codename for the LG Urbane) and I should have installed that and made a backup before upgrading. I contacted LG and they told me it was impossible to downgrade. That’s a load of crap because I could easily sideload the old version if they made it available, but then I’d have to deal with constant upgrade reminders and the few apps I do use would probably stop support for 1.5 to focus on 2.0.

It just isn’t worth it.

I know at least one of my three readers is thinking I should just cave and learn to embrace the Google, but I can’t bring myself to do it. I am eagerly awaiting open source alternatives like Asteriod OS (which just isn’t ready for daily use) and Mycroft (which is supposed to be shipping units this month) but I really don’t think I’ll miss my Urbane enough to spend the time on it.

I plan to sell my Urbane on eBay and I’ve gone back to my previous “dumb” watch (a nice little Frederique Constant I bought on a flight from Dubai to London). It’s kind of a shame since I enjoyed using it, but to be honest I’m not going to miss it all that much.