Even though I am no longer a user of Apple products, I was eagerly awaiting the release of the Apple Watch. Why? Because Steve Jobs had a way of making stuff for me that I didn’t know I wanted. While I’ve owned an LG G Watch R for awhile now, the experience hasn’t been life changing (unlike using an iPhone was) and so I was looking for Apple to really “wow” me.

My friend Ben (who knows more about Apple products than anyone I know) thinks I’m more critical of Apple than the fiercest “fanboi” and he’s probably right, so I want to make sure to expressly state that I haven’t used an Apple Watch so anything I say about it needs to be taken in that context.

However, Matthew Inman, another person whose opinion I respect, recently did a comic on his experience with the Apple Watch, and his experience is very similar to mine with Android Wear. It’s interesting, it has potential, but it isn’t life changing … yet.

To me, my watch is like having a second screen on my phone. Remember when people first started getting dual monitors? It’s like that – it makes me more productive when using my phone but it is more of an extension than a feature in and of itself.

The main thing my watch gives me is a socially acceptable way to keep up with notifications. If I’m in a meeting, or at a meal, or in any other social situation where pulling out my phone and looking at it would be rude, I can glance at my watch and see if I need to address that text or e-mail.

The main difference between Wear devices and the Apple Watch is that the latter has a crown that spins and can be used scroll the display. Inman points out that he doesn’t use it, and so you are pretty safe choosing the smart watch you like that works best in your digital ecosystem.

The main thing I want from a watch is a stylish accessory that actually looks like a watch. Enter the LG Watch Urbane. 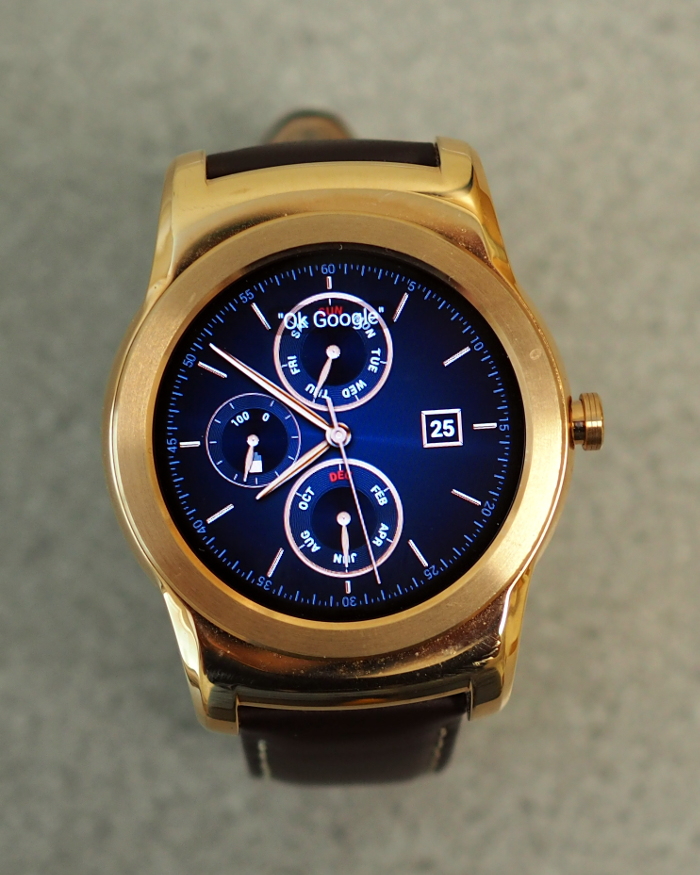 After my horrible experience with the OnePlus One phone, I was shopping for a replacement handset when I came across the Watch Urbane. I fell in love immediately.

I got the G Watch R because it looked like a watch and not a slab of glass. The Urbane takes that experience to a new level by adding a rose gold bezel and a nice leather strap. The display is amazing. The default watch faces are amazing. In short it is the perfect evolution for my favorite smart watch to date.

It’s a powerful watch with great battery life. While I tend to charge it overnight, I can get over two days of normal use out of it easily (I’ve had to test that when flying overseas).

I bought it on Amazon, and it showed up protected in a rather easy to open plastic cover: 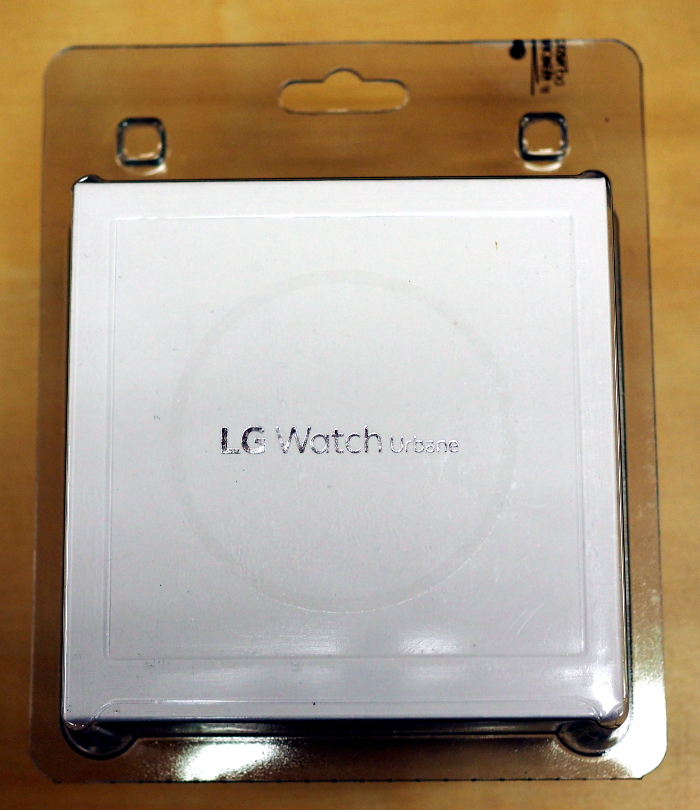 The box was similar to other mechanical watches I have bought: 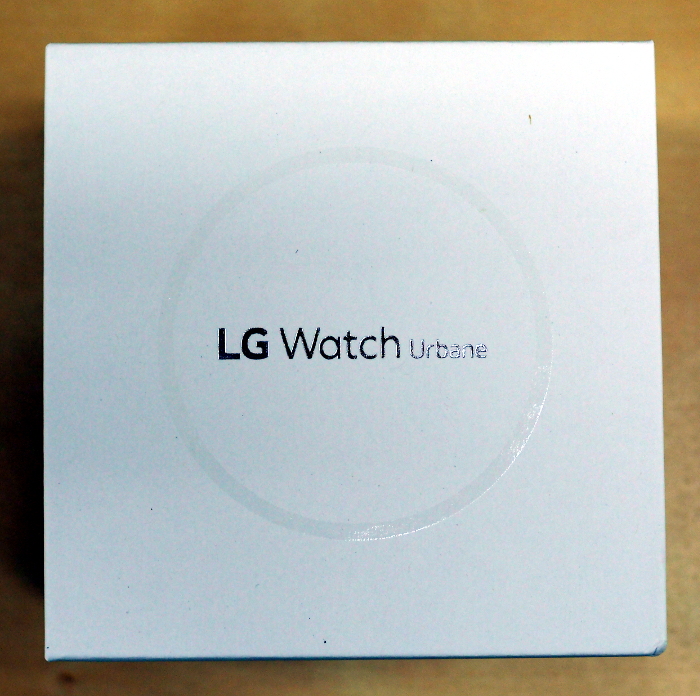 and opening it immediately revealed the watch: 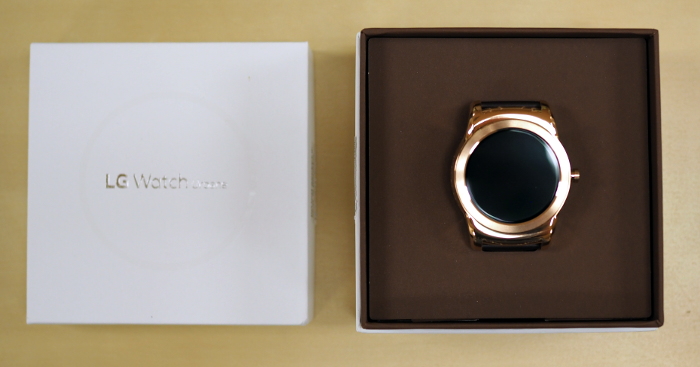 The band was a little stiff at first, but after wearing it for a day or so it softened up a bit. 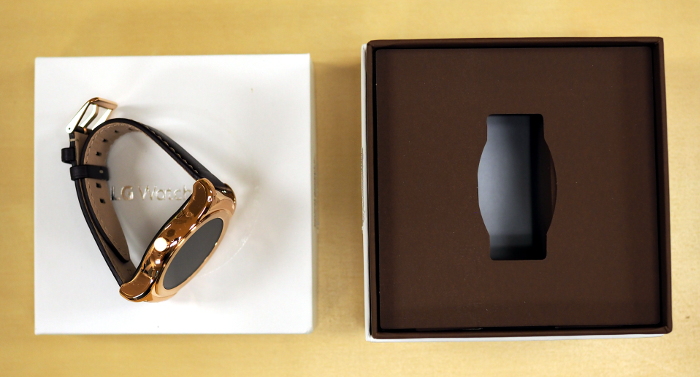 It came with a number of accessories. Like the LG G Watch R it requires a charging cradle that is powered via a microUSB connector. 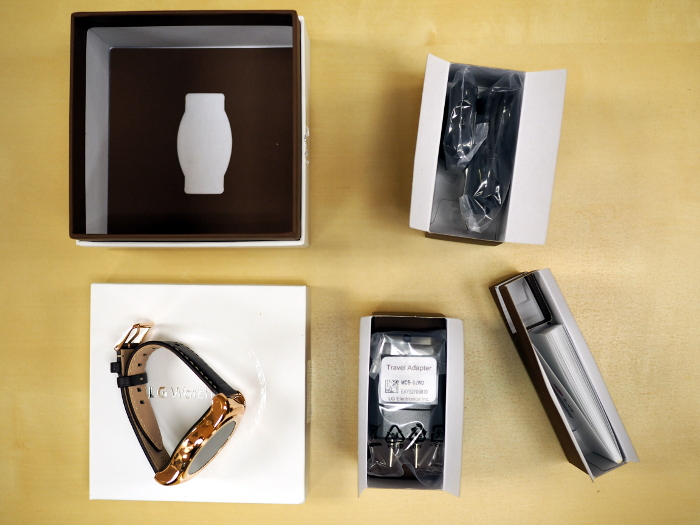 The Urbane was one of the first watches to ship with the Andoird Wear 5.1.1 update that allows for such things as talking to the phone over Wi-Fi, but about a day after I got the watch the update was generally available for other devices, including my G Watch R. 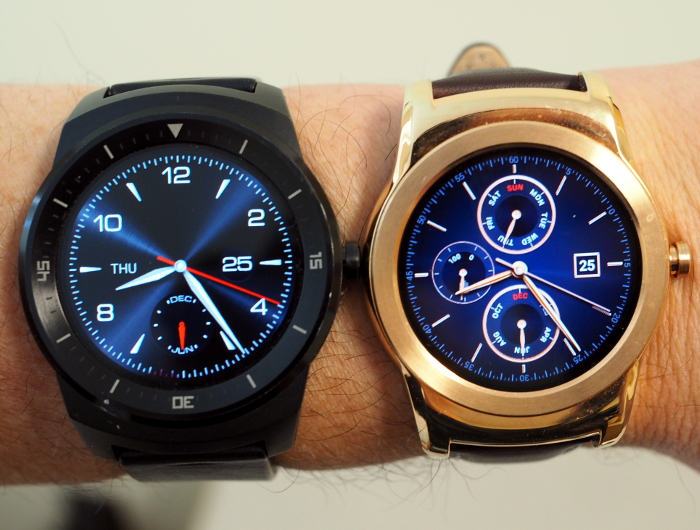 The Urbane is a little smaller, and while I liked the “tick” marks around the outside of the G Watch R, so many watch faces include them due to the popularity of the Moto 360 that I was happy to see them removed on the Urbane (having two sets of tick marks is a little cluttered).

While I still wear the G Watch R if I’m going to be active (i.e. sweating), the Urbane is my go-to wrist accessory. I am constantly getting compliments on it, and I think the biggest problem LG has is that no one has heard of it.