As most of my three readers know by now, I was a big fan of the OnePlus One handset until I experienced their customer support (which seems intent on covering up a major defect in the touchscreen of their devices).

So, it was time to get another smart phone. Andrea had been using a Nexus 6 for awhile, I thought the phone might be too big for me. The phone is huge.

David pointed out that the OnePlus was huge compared to my previous HTC One, and it only took me a day or so to get used to that size change, so I’d probably feel the same way about the Nexus 6.

I ordered it from the Play Store and it showed up a couple of days later. The name of the phone was actually on the bottom of the box: 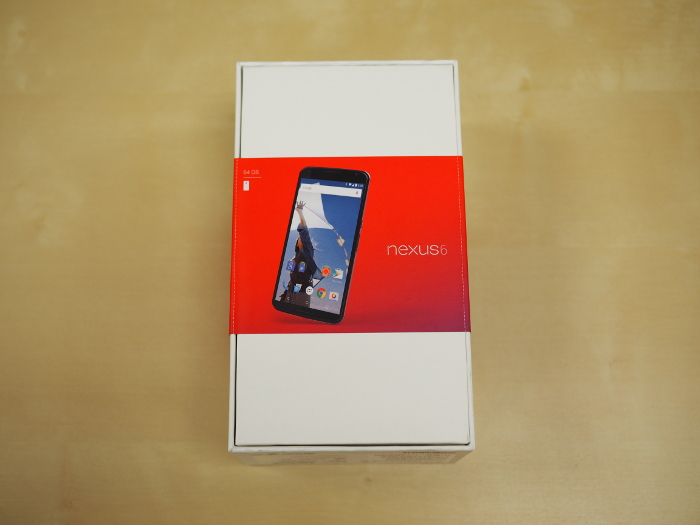 and once I cut the “tape” I flipped it over so I could open it. 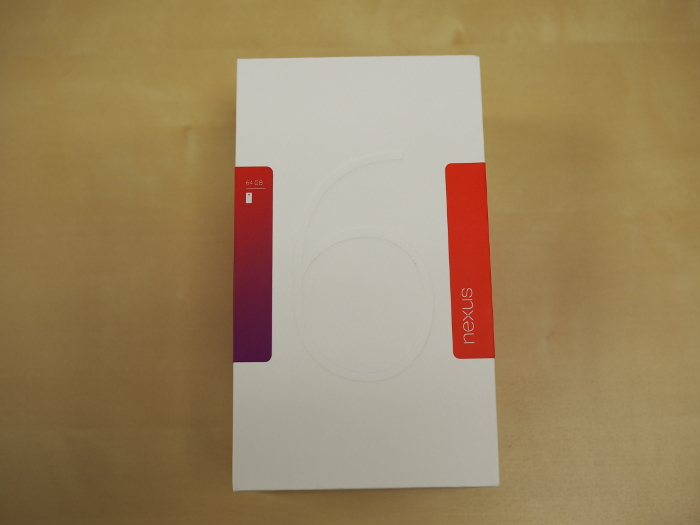 The phone sits in a little cardboard cradle 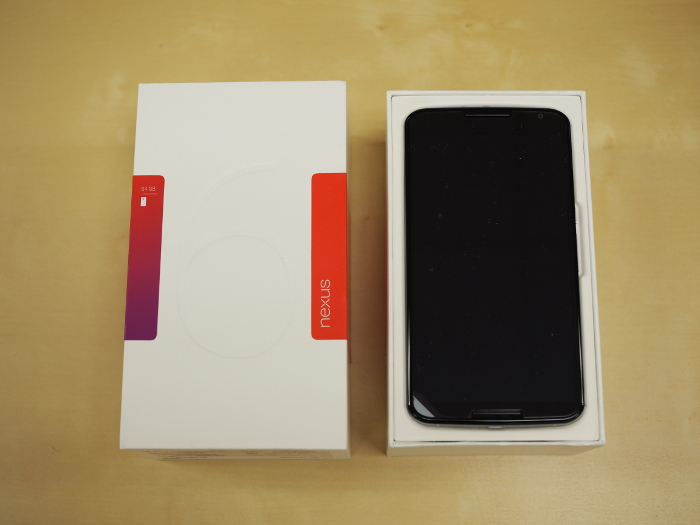 and if you remove it you can see a little packet with documentation. 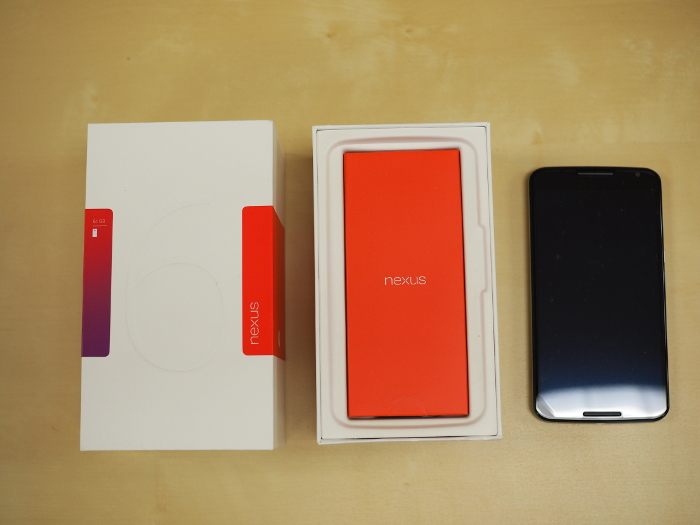 Under that is a high amp charger and that’s about it. 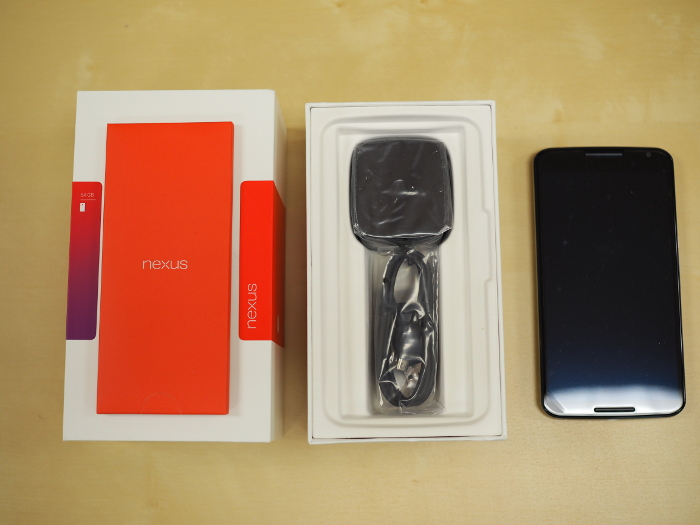 The phone has a gorgeous display and its six inch screen is big enough that I can watch movies on it, so I loaned my Nexus 7 (that I used to use when traveling) to Ben so he could play with OpenNMS Compass on Android. 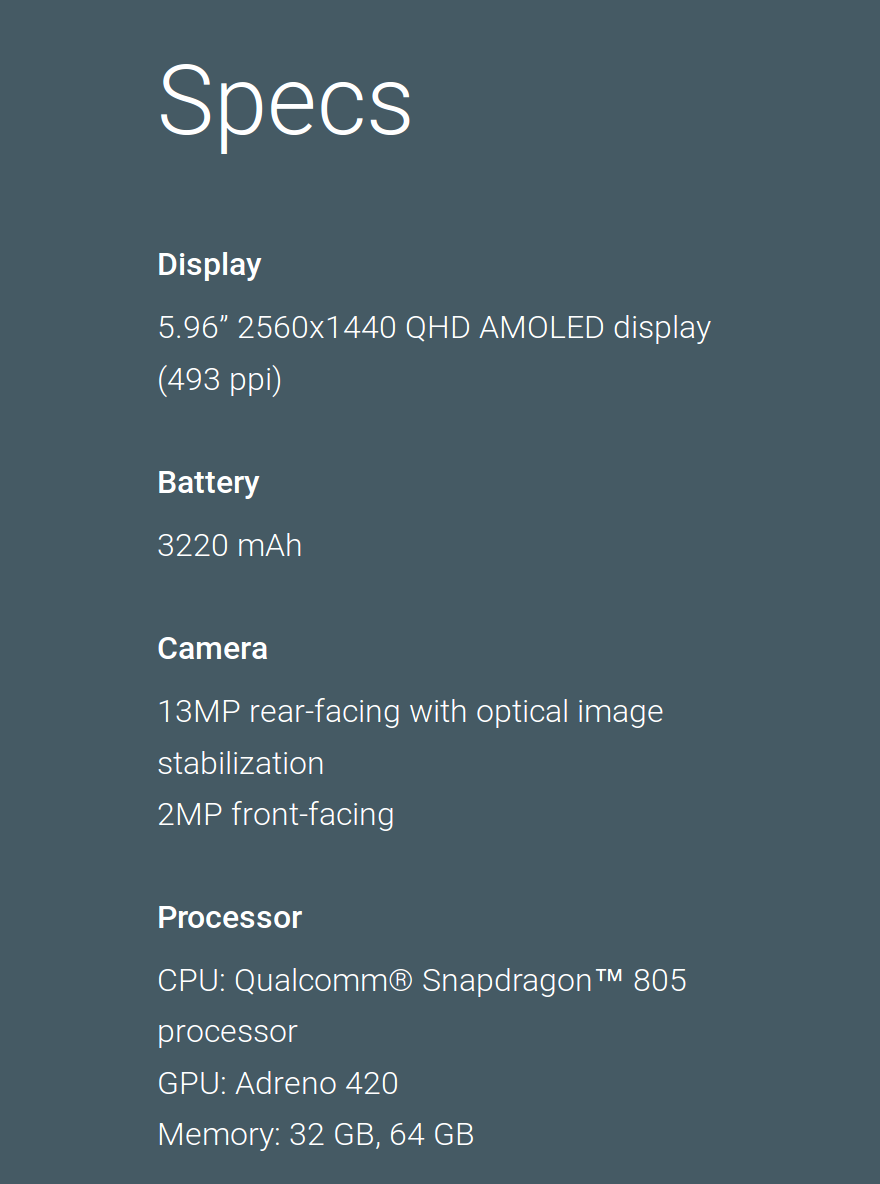 It’s also blazingly fast, but all that power does come with a price: battery life. With the OnePlus I could easily go a day, even with playing Ingress to some degree, the Nexus 6 needs a little more juice. It is in no way horrible, and is much better than the HTC One, but it is still a factor. I just ended up buying a TYLT wireless charger for my desk so I can sit the handset there all day and it stays charged (yay wireless charging).

I did buy a case for the phone but that pushed it over the size limit for even my large hands. Caseless, I was worried about dropping it, so I bought a “grip” pad that sticks to the back and makes it feel less like a slippery bar of soap. So far so good.

The best thing is that, thanks in large part to Jake Whatley, I can now put OmniROM on it. It was a pretty simple process to unlock the phone using adb, install TWRP and then flash the latest OmniROM nightly. I was surprised at how much my Android experience was truncated by the stock ROM. I couldn’t shake my phone to dismiss an alarm or augment the power menu to add options like a reboot instead of just powering off. So far no problems.

The size of the Nexus 6 will be off-putting for some, but it is about the same size as an iPhone 6 Plus, so perhaps not. 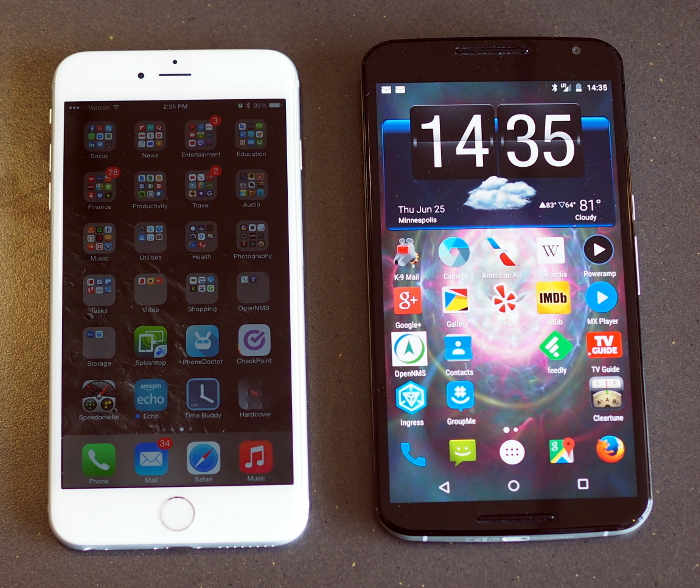 As I was investigating alternative ROMs for the Nexus 6, I thought it was funny when I found out the code name for the device. Nexus devices tend to be named after fish.

The code name for the Nexus 6? Shamu.