Over at opensource.com they asked “What’s your favorite open source animal?” Hands down, it’s Ulf. 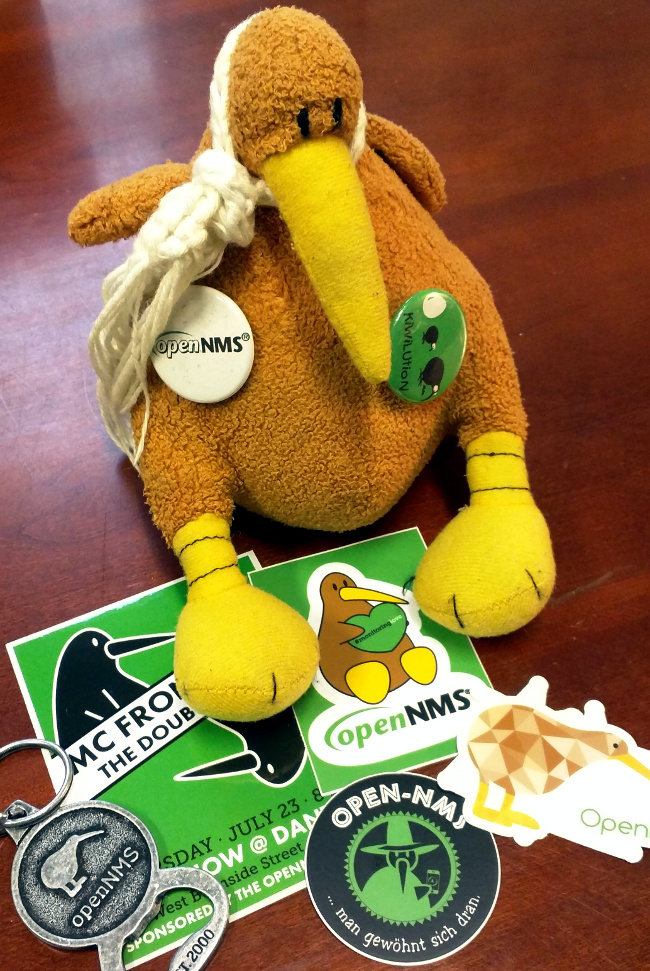 When I was at FOSDEM this year, we were often asked about the origin of having a kiwi as our mascot. Kiwi’s are mainly associated with New Zealand, and OpenNMS is not from New Zealand. But Ulf is.

There was no conscious decision to make Ulf our mascot, it just happened organically. People in the project started treating him as a “traveling gnome“, setting up a wiki page to track some of the places he’s been, and he even has his own Twitter account.

I lost him once. We had a holiday party a few years ago and Ulf went missing. We thought he had been left in a limo, so I dutifully sought out a replacement. I found one for US$9, but of course shipping from NZ was an additional US$80 more, so I bought two. I later found Ulf hiding in the pocket of a formal overcoat I rarely wear (but had the night of the party) so now we have a random array of individual Ulf’s.

Anyway, Ulf manages to represent OpenNMS often, from stickers to holiday cards and keychains. I love the fact that he just kind of happened, we didn’t make a conscious decision to use him in marketing. If you happen to come across OpenNMS at conferences like FOSDEM, be sure to stop by and say “hi”.