With the OpenNMS Users Conference less than a month away, I hope you have convinced your boss to let you attend. Ronny updated the website recently, the call for papers has closed and the schedule is being finalized.

With that in mind I thought I’d share a little about the town of Fulda (pop. 65,000) where the OUCE is being held.

The reason we are holding the OUCE in Fulda is mainly due to it being the home of the Hochschule Fulda, the University of Applied Sciences. This is where a number of OpenNMS contributors went to school and some of them still work there. The facilities are excellent, as is the bandwidth, and the town itself is pretty cool.

The city started in 744 when Saint Sturm founded a monastery there. For someone from the United States it is mind boggling to visit a place that is nearly a millennium older than most places in my country. Thus modern Fulda is a mix of old and new.

In addition to the university, the OUCE will visit a number of other places. On Tuesday night, Nethinks is hosting a dinner for the attendees at Viva Havanna, a Cuban style restaurant (I learned that in German, the extra “n” actually means the “n” sound is pronounced in a shorter fashion than normal). On Wednesday night we’re having the Bad Voltage team do a show, and afterward we’ll most likely end up at a biergarten called the Wiesenmühle.

It is easy to get to Fulda. If you are coming by air, the closest major airport is Frankfurt (FRA) and you can take a train from there to Fulda Station. The website has more details.

Fulda has some historic significance as well. Nearby is the Fulda Gap, an east-west route often used by invading forces into Europe and it was thought to be a primary route any Soviet invasion of NATO countries would use. Thus there was a strong military presence in the area during the cold war.

My favorite “Fun Fulda Fact” is that the monastery there was responsible for the survival of the book/poem De rerum natura (On the Nature of Things). Written in 100 BC by the Roman poet Lucretius, it was one of the first books to state that the world could be explained by natural phenomena versus gods, and includes such gems as all matter being made up of atoms. As you might imagine, there were those who disliked these ideas and thus all copies of the poem were thought destroyed. 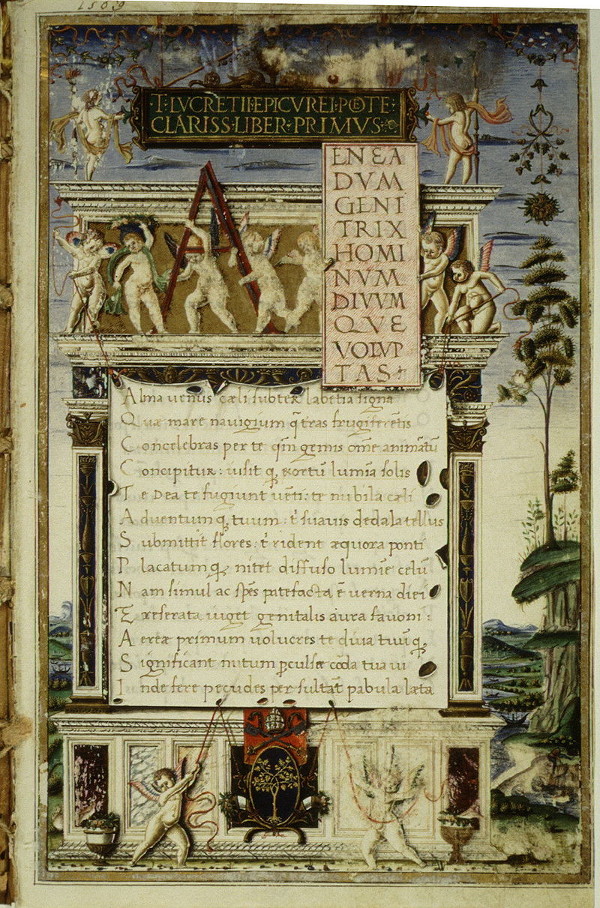 However, in 1417, ­Poggio Bracciolini found one at the Benedictine abbey at Fulda. He made a copy, and thus the book survives to this day. Author Stephen Greenblatt wrote a book called The Swerve about the impact of the poem. From the New York Times article “The Almost-Lost Poem That Changed the World”:

Titus Lucretius Carus’ “De Rerum Natura,” or “On the Nature of Things,” is a 7,400-line poem in Latin hexameters written in the first century B.C. It covers philosophy, physics, optics, cosmology, sociology, psychology, religion and sex; the ideas in it influenced Newton and Darwin, among others.

Cool, huh? Well, I have been to the abbey in Fulda, and you can too, if you come to the OUCE. Hope to see you there. 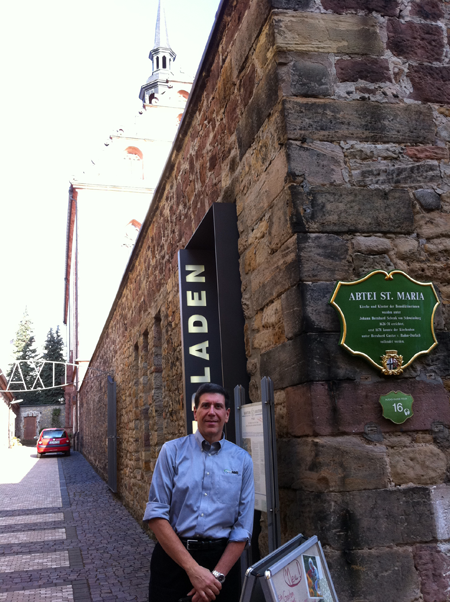