I’ve been working full time with open source software for fourteen years, and I can remember a time when we were pretty much making everything up. No one had experience with this market which most of us now take for granted, and there were a lot of questions about dealing with an open source “community” versus paying customers for open source related software and services.

Out of this arose a role, for lack of a better word, called a “Community Manager”. It doesn’t quite fit since “manage” isn’t accurate. It is hard to apply old school management techniques to a group of sometimes anonymous volunteers, many of whom you might only know by a name such as “Zaxxon476”.

One of the first people to document this role was Jono Bacon. He was one of the leaders of the Ubuntu community, one of the larger of such communities in existence. He wrote a book called The Art of Community and he also founded the Community Leadership Summit (CLS) which meets the weekend before OSCON. Due to scheduling I have never been able to be there, but OpenNMS has been a sponsor every year it has been around. 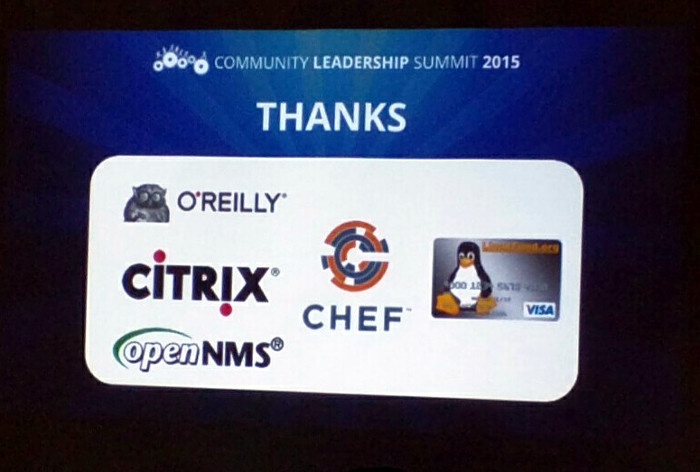 This year I was finally able to attend, and I wasn’t disappointed. A large, eager group of people showed up, and I really enjoyed the diversity. Not only were women strongly represented (in both attendees and session leaders) there were many people from outside of the United States.

Jono kicked off the conference: 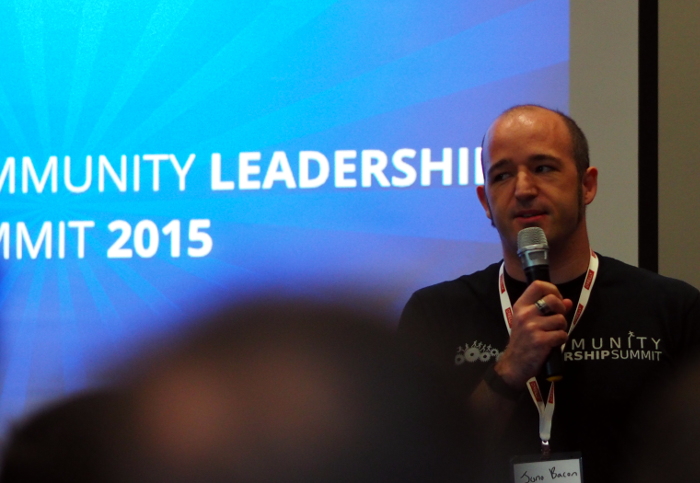 with help from another amazing fellow, Stephen Walli: 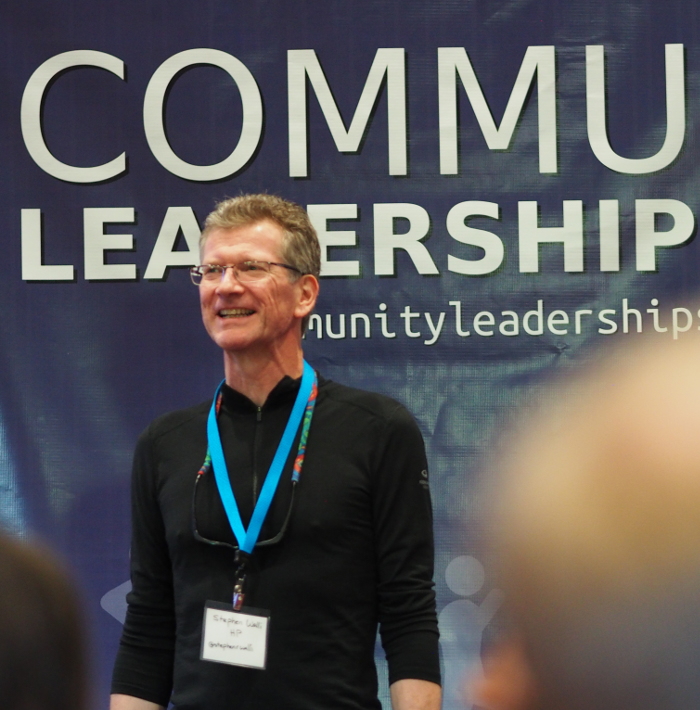 The format was in the “unconference” style, meaning that the attendees set the agenda. After an initial group of planned 15-minute presentations, those people wanting to host a session would write a short description on a card, get up in front of everyone and announce the session, and then go post it on a large schedule “wall” in the main hallway.

I’ve been to a number of such conferences but rarely seen such participation levels. We actually ran out of Saturday spots, but in the true cooperative style a number of people were able to combine sessions so I think it all worked out. 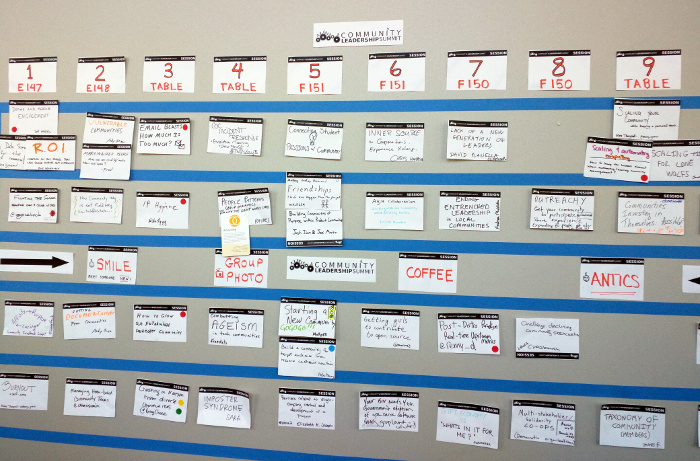 The whole event had a really good vibe. It wasn’t just open source people, either. The “open source way” can be applied to a number of different fields, and it had to be stressed that in any given session you couldn’t make assumptions about the open source knowledge of the people in the room. One woman discussed how she was dealing with mental illness, and an on-line community was key to her becoming healthy. Another woman was discussing how concepts from the formal study of psychology could be applied to make communities stronger. Even proprietary companies such as New Relic were there because the user community has become key to the success of almost any technology endeavor.

I got to make new friends and catch up with old ones, so I have to admit like many conferences I spent more time chatting in the hallway than in actual sessions (as some of those session were in the hallway, I had to be reminded that my voice carries. Ooops and sorry).

For high school I went to the North Carolina School of Science and Mathematics, and I constantly run into alumni in this field. OpenNMS’s own Seth Leger went there, as did Spot Callaway and Gina Likins from Red Hat. I got a cute picture of Gina (pronounced “Jenna”) with Ulf. 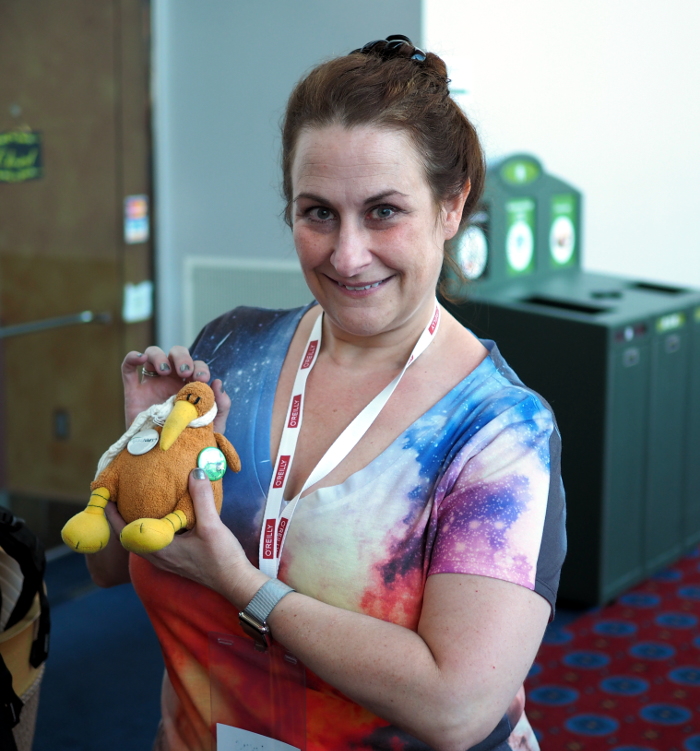 It looks like the second day might even be stronger than the first, but unfortunately I won’t be able to make it. As OSCON is moving to Austin next year, it will be interesting to see how that changes CLS, and I plan to make every effort to be there.