As you might guess, I am a big fan of all things open, and I tend to vote with my wallet. When the need arose to replace some iMacs in the office, I decided to check out the Sable systems offered by Linux-friendly vendor System 76.

System 76 was a sponsor at SCaLE this year (like OpenNMS) and they also sponsored the Bad Voltage Live event where they gave away a laptop and a server, so they already had my goodwill.

Back in 2008 I needed some machines for our training courses, so being an Apple fanboy at the time I bought iMacs. Outfitting training rooms can be problematic if you don’t do training full time because you usually end up with nice systems that you don’t use very often. Seems wasteful, so we decided to use them to run Bamboo and our unit tests for OpenNMS when they weren’t being used for training.

Seth noticed that it was taking those machines around 240 minutes to run the suite of tests versus 160 minutes for the newer iMacs we were using, and this was having a negative impact development (almost everything we do relies on test driven development). Since we were running Ubuntu on the boxes anyway, I decided on a Linux alternative and chose System 76 for the first six replacement systems.

I like all-in-one systems for training since they tend to move around (we use the training room as a conference room when there are no classes). The all-in-one form factor makes them easy to carry. The Sables I ordered came with a 23.6 inch touch screen at 1080p, 3.1 GHz i7 processor, 16GB of RAM and a 500GB SSD for a total price of US$1731.

The ordering process went smoothly (there was one glitch when the original quote was for seven instead of six but it was quickly corrected). I placed the order on March 18th and they shipped a week later on the 25th. 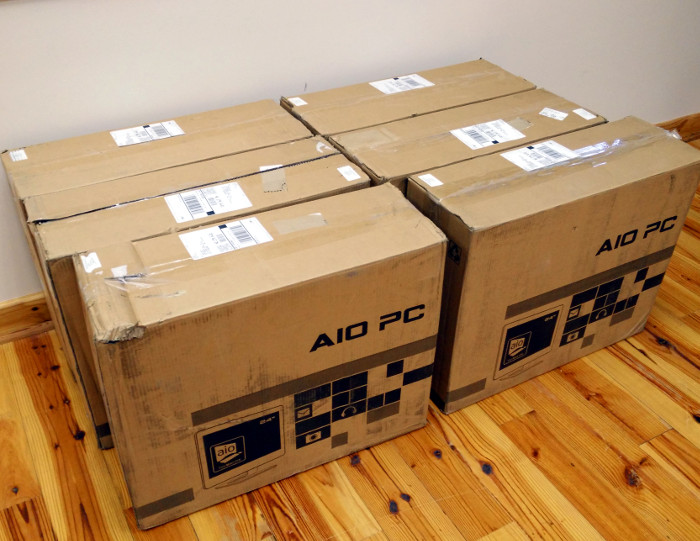 I think AIO must be the manufacturer in China, but I couldn’t find a similar system on the web. One box had a smashed-in corner, so I opened it first, but it was packed well enough that the unit wasn’t damaged:

I removed the packing and pulled the unit out. It was wrapped to protect the screen. 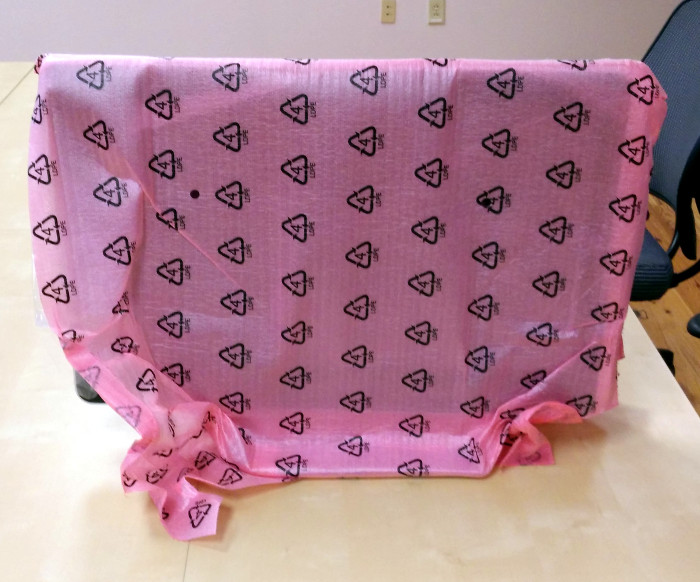 and the whole unit was covered in plastic wrap to prevent scratches. 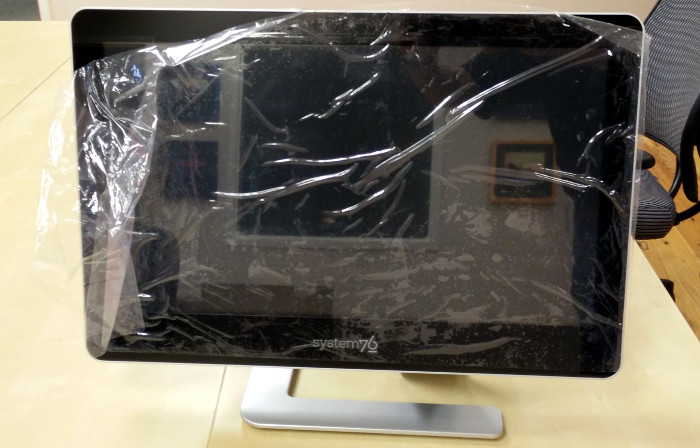 These units come with a power brick that is external to the system and I ordered them with a Logitech keyboard and mouse. These came in a separate box along with extra cables, etc., for expansion (unlike Apple products, you can actually work on these systems). 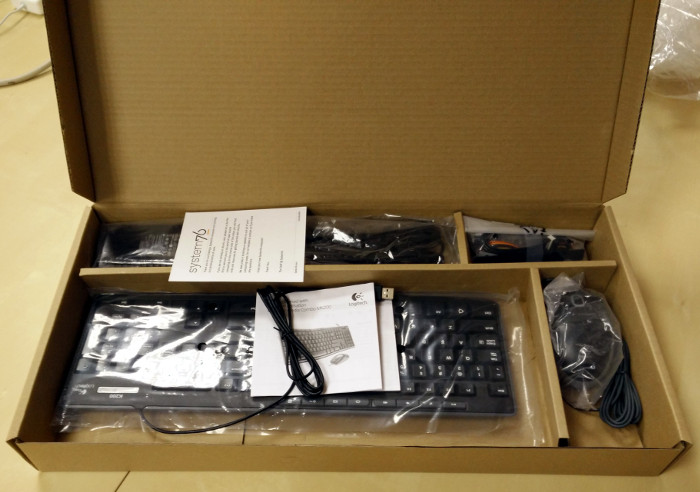 The hardest part about the whole process was figuring out how to turn the darn thing on. I finally found the switch on the back of the system on the lower right side (as you face it). I felt kind of stupid and yes, I even read the little pamphlet that came with it. Perhaps they should add and IKEA-like drawing with the little dude pointing to the switch.

It booted right up into Ubuntu 14.10, and all I had to do was create an account and set the IP address. Ben was then able to get in and deploy our Bamboo image and we were up and running in no time. 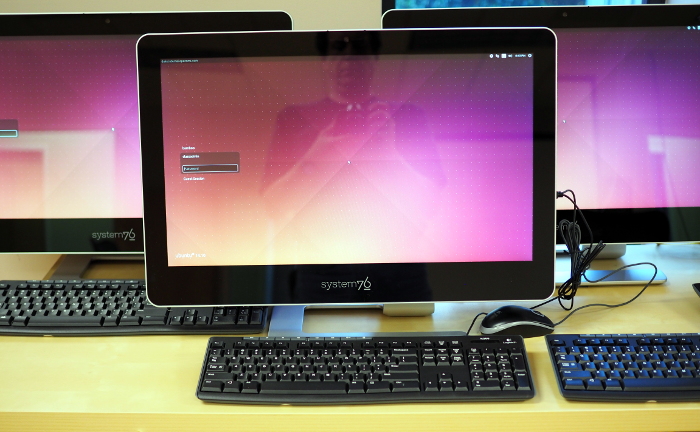 While we still have some iMacs being used, the Sables have, so far, proven to be a solid replacement. I haven’t really used them as a desktop, yet, but they can run our test suite in a little over an hour which is almost a four-fold increase. 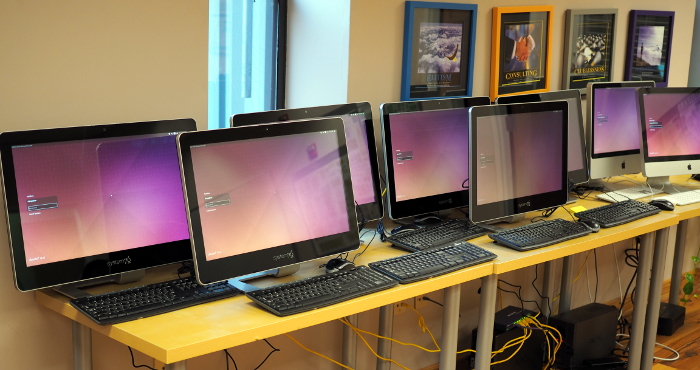 While Apple doesn’t offer a 24-inch iMac anymore, the 21-inch version with similar processor, RAM and SSD is US$2399, or quite a premium. The Sable is not nearly as thin or stylish as the iMac, but it is a nice looking machine and after struggling this week to correctly replace the hard drive in a late 2009 iMac I appreciate the fact that I can work on these if I need to, and the extra cables shipped with it even encourage me to do so.

And that’s what open is all about.