[UPDATE: After six months of ownership my OnePlus has developed an issue with the touchscreen and OnePlus support has been absolutely no help. At this point I have to recommend to my three readers that they avoid OnePlus and OnePlus products.]

I agonize over my technology decisions, often to a point that other people, including free software people, tease me about it. Is my distribution of choice free enough? Is it secure? Is my privacy protected so that I choose exactly what I want to share?

My current Android ROM of choice is OmniROM, and I’ve been quite happy with it. I do have issues with the limited number of phones that are officially supported, but it was my choice of ROM that drove me to buy an HTC One (m7).

I like the HTC. My main complaint is with the horrible battery life, and the phone is somewhat old having been replaced by the m8 which I don’t believe is supported by OmniROM. I’ve been frustrated in that it seems I have to choose between freedom and cool gear.

But maybe that isn’t the case anymore.

My friend Ronny first brought the OnePlus One (OPO) to my attention, and recently, through one of my Ingress friends Audrey, I was able to get an invite to purchase the new OnePlus One handset. While not supported officially by OmniROM as of yet, it is one of the new phones to ship with Cyanogenmod, and since OmniROM is a fork it should be compatible. Plus, it is very similar to the phones from Oppo which are supported by OmniROM, so perhaps support will come when the OPO becomes more widely available.

The first thing I realized when I opened the box is that this handset is a monster. It boasts a 5.5 inch screen at 1920×1080 pixels (full HD) which makes it the same as the new iPhone 6 Plus (401 ppi). It has a 2.5GHz Qualcomm Snapdragon 801 processor and 3GB of DD3 RAM at 1866MHz which makes it fast. I bought the 64GB version (quite a jump from my HTC One’s 16GB) and the 3100mAh battery lasts all day and then some. I thought the size would worry me, but I quickly got use to it. I can even read magazines on it which may cause me to travel less with my Nexus 7, and as my eyes age I’m finding the OPO’s screen to be much to my liking. 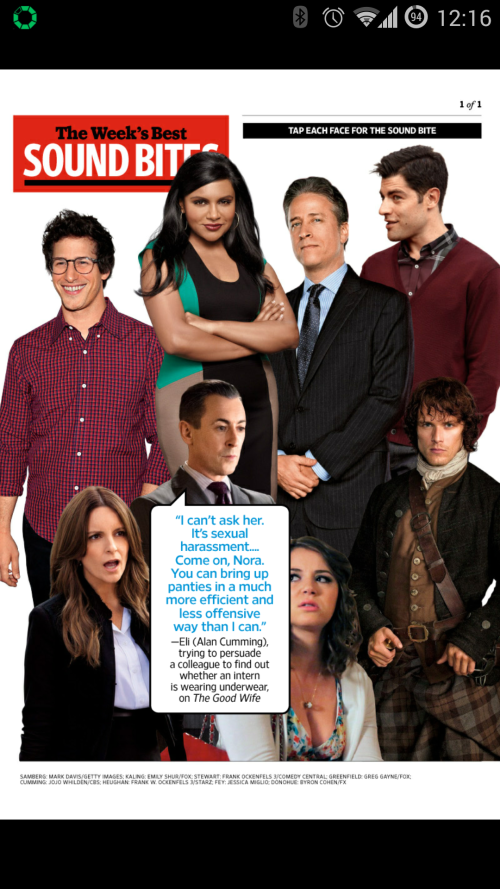 The phone arrived two days after I ordered it via USPS in two separate boxes. There was a thin square one holding the phone 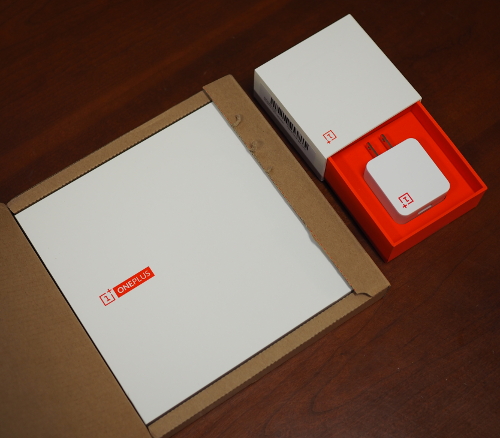 and underneath it a USB cable and a SIM tray removal tool. To remove the OPO SIM you need a longer tool than the standard Apple one, so I’ll have to be sure to carry it with me. In a separate small box was a wall charger.

There was zero paper and no earbuds of any sort, but I would rate the packaging equal to that of other premium products like those from Apple. 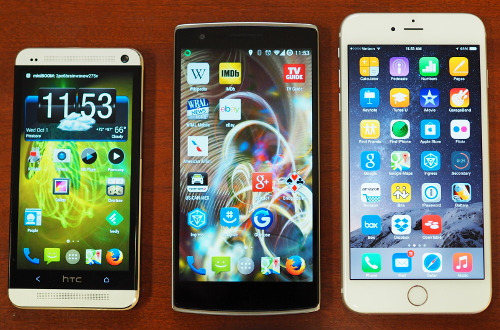 Even though it has pretty much the same size screen as the iPhone 6 Plus, the phone itself is slightly smaller and lighter, although thicker (the iPhone is wicked thin – you are almost worried you’ll bend it). The back of the “Sandstone Black” model is coated with a rough textured finish that makes the phone feel solid in your hand and I haven’t come close to dropping it.

Another improvement over the HTC is the camera. The OPO comes with a 13MB Sony Exmor IMX 214 with six physical lenses. It can shoot 4K video (including slow motion) or 720p video at 120fps. It takes nice pictures. 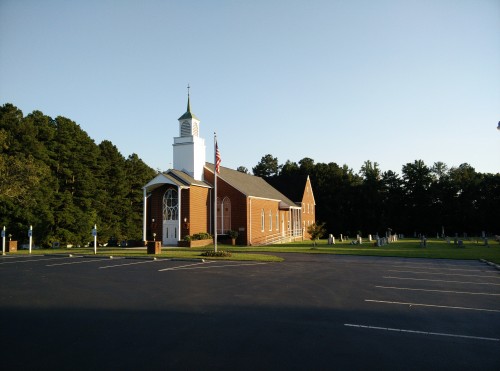 But you could have read that on the website. How does it fare in real life?

I was concerned with the fact it ran Cyanogenmod. When they announced they were going to take on investment to license their code to handset makers, they handled their community poorly (which resulted in the OmniROM fork) and I was worried that the OPO would be “less free”. I was happy to find out that it was very open. Unlocking the phone was the same as with Nexus devices, simple hook it up to your computer and run “fastboot oem unlock”. While I despised the “flat” icon theme that shipped with the device, it took about two taps to change it back. If I wanted a theme that looked like Windows 8 I would have bought an iPhone.

All my usual options were there. I disabled the Google search bar, increased the icon layout grid size and otherwise customized the phone exactly how I wanted it. I rooted the device and used Helium to restore my application settings and the whole conversion took less than an hour.

I did have to make a change to allow the phone to work with my Linux Mint Desktop. The system wouldn’t recognize it when I plugged it in, and I had to edit “/lib/udev/rules.d/69-libmtp.rules” to include the following two lines:

After that it was a breeze. Note: that on one system I had to reboot to get it to recognize the phone, but I don’t think I did on the first one. Strange.

There are a few shortcomings. It took me several tries to get it to pair with my Motorola T505 bluetooth speaker, but once paired it seems to connect reliably. The voice recognition sucks like most Android phones. I don’t use Google Now but I shouldn’t have to send information off to a remote server to voice dial a call. I do miss that from my iPhone days when the original (non-Siri) voice dialer rarely made a mistake. Voice dialing on the OPO is usable, though, and there is a rumour that there will be an “OK OnePlus” voice activation feature like on the Moto X but it isn’t there now. No microSD slot, but with 64GB of internal flash memory that is less of an issue and fewer and fewer phones offer that. I also just tested this little dongle I have for accessing microSD cards via the USB port and it worked just fine.

I’m sticking with the stock ROM for now to see what Cyanogenmod will do in the future, but I know that I have the ability to put on my own Recovery and ROM should I so choose. At the moment they are in the “not evil” column, but I was a little worried about their Gallery app. I noticed a new Galley app account on my phone that looked like it was going to sync my pictures somewhere. Some research suggests that it is disabled when autobackup is off, but it would still like a little more transparency about random, non-removable accounts on my phone. 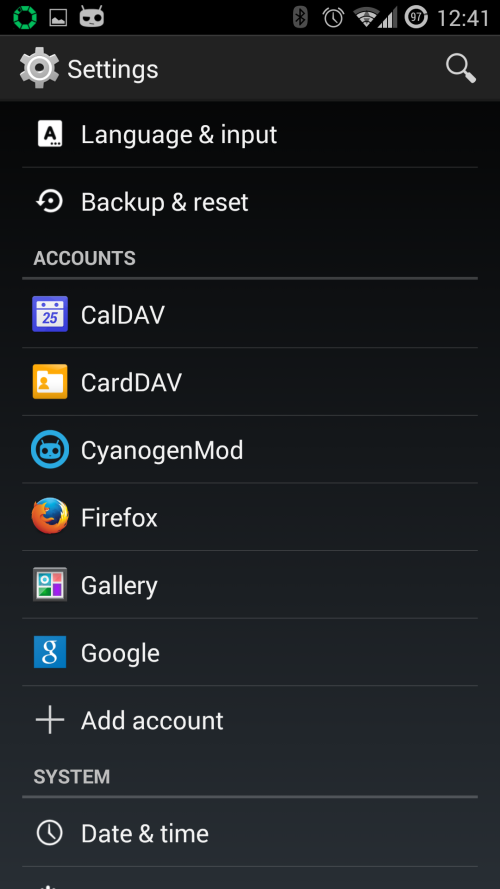 All in all I’ve been very happy with the OnePlus One and I’m eager to see where they take it. I am especially enamored of the the price. At US$349, the black 64GB version is the same price as a 16GB Nexus 5 and half the price of the iPhone 6 Plus. Probably the best bang for the buck in the Android world at the moment, if not phones in general.

UPDATE: After using this device for several months, I can say it is the best smartphone I’ve ever owned, and that list includes two iPhones (the 3GS and 4), three Nexus phones (4, 5 and 6) and the HTC One (m7).

While not perfect, the phone is very feature rich and the software is stable. Occasionally it will become unresponsive and I’ll need to reboot, but there is a soft reboot option that performs this action in about 20 seconds.

It is also rugged. I had been playing Ingress in Chicago and we stopped to eat. Because I’d been using the phone heavily all day, I had it tethered to an external battery. When I got up from the table to get some napkins, I forgot that the phone was connected by a USB cable to the charger in my pocket and it flew off the table to land on the tile floor of the restaurant. Since it was loud I didn’t realize what I’d done until I’d dragged the thing over ten feet.