First let me interrupt this blog post with a special announcement. A rather onerous security bug was discovered in OpenNMS that would allow any authenticated user to access pretty much any file on the system.

We felt it was bad enough to actually create a fix in the 1.10 branch as well as in the current stable, 1.12, so please consider upgrading at the earliest possibility.

Hat tip to Martin Laercher for reporting it.

Wednesday marked the halfway point in the week, and everyone seems to be in a good groove. With everyone able to work together in person, a lot of nifty things are getting done, including an upgrade to the latest version of Drools Expert.

The integration of OpenNMS with Drools allows for very powerful alarm correlation, and by migrating to Drools 6.0.1 it just got more powerful.

Wednesday also marked the day of the Twins game. For the past two years we’ve taken everyone to the Twins ballpark to watch a major league baseball game. It’s a beatiful place for baseball: 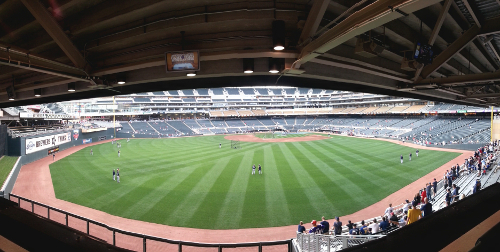 although they usually stuck us in far right field. Also, for the last two games the Twins played the Royals, and lost both times.

This year they put us in far left field: 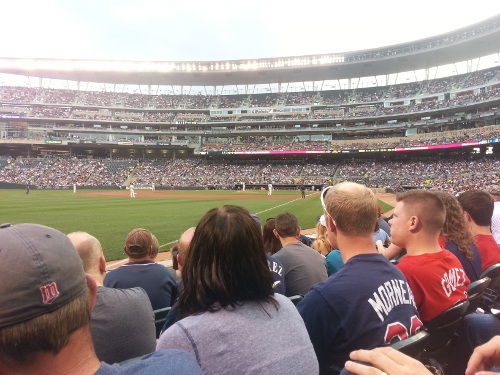 and the Twins faced the Brewers. Since Milwaukee is close to Minneapolis there were a lot of Brewers fans in the stands, but the home team pulled it out for the win.

We got our name on the big board, too, which was cool, and Jeff was quick enough to catch a picture. 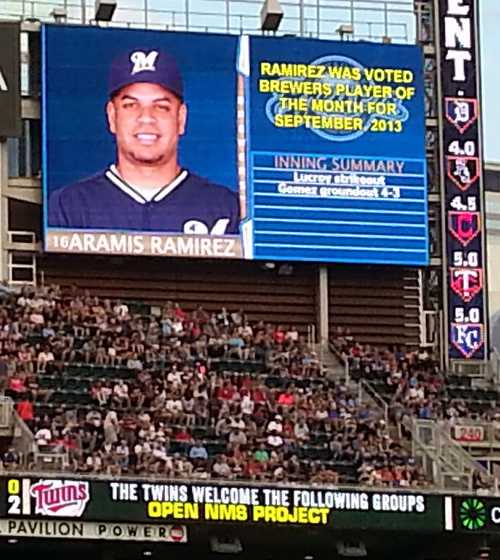