I’ve spent this week in Silicon Valley meeting with a number of interesting people, and while I love the density of tech savvy people here, there are some issues. Traffic, for one, and housing prices for another. As we were driving down University Avenue I witnessed the definition of Valley poverty: having a three million dollar house but still having to park your Ferrari outside under a car cover due to not having a big enough garage.

Where I live, near Raleigh, North Carolina, we have our own traffic issues but housing is affordable, and, most importantly, the tech savvy people there really “get” open source software.

Perhaps it is due to the presence of Red Hat, arguably the most successful open source company in existence, but it has been my experience that those people interested in building businesses around a truly open model seem to congregate in the area.

So it seems logical that we should hold a conference of some sort to celebrate both open source software and the open source way. We at OpenNMS were thinking about organizing one when I stumbled across All Things Open. It seems that folks like Jeremy Davis and Todd Lewis had the same idea and, better yet, took action to make it a reality.

Now, I like conferences. In fact I’ve saved every badge and lanyard I’ve received over the last ten years or so, and I’ve always favored grassroots efforts over corporate ones. 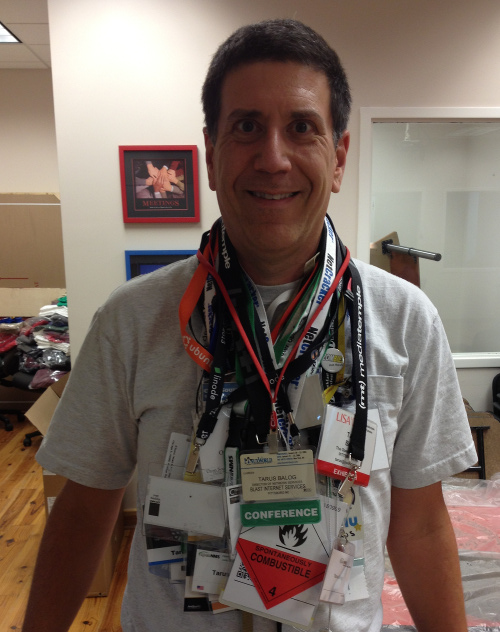 All Things Open has the makings of a great conference. The speaker line-up is impressive. I haven’t seen whurley in years (he stopped responding to my e-mails a long time ago but I am hoping it is more that, like Wesley Crusher, he has moved on to become a being of pure Twitter versus the fact that I bother him) and I never pass up the chance to see Chris Dibona, the open source projects manager at Google who has always gone out of his way to help us out at OpenNMS. The rest of the list reads like a “Who’s Who” of open source software, and I think the biggest issue for attendees will be choosing between competing presentations. Our local talent is also highly represented, with my friend Andrew Oliver speaking as well as opensource.com’s Jason Hibbets, author of “The Foundation for an Open Source City” which uses Raleigh as a model.

I am humbled to be a part of it (while not yet on the schedule I’ve been told I’ll be speaking during lunch on my experiences running an open source business) and The OpenNMS Group will be doing their part as sponsors of the Wednesday night party. The details are still being ironed out, but the musical guest is confirmed to be Professor Kliq, an electronic musician who publishes his work under a Creative Commons license. Jeremy introduced me to him and I’m eager to watch him perform live, and he is also a speaker.

Registration is now open, currently with “Early Bird” pricing, so get your tickets today and reserve 23-24 October for what promises to be a great conference.