I can’t remember if Rackspace was our second or third commercial support customer (Children’s Hospitals was our first, but I can’t remember if NASA was second or third), but I do know that it is doubtful OpenNMS would still be around if it wasn’t for them. They were an early adopter of the platform and their support kept our company going until we could reach the critical mass needed to remain profitable.

Now that we are beginning to think about how we can use utility computing (sorry, “The Cloud”) to better serve our customers, I wanted to visit San Antonio to learn more about OpenStack. I also wanted to work with the team there that’s using OpenNMS to make sure their needs were being met, so my two day trip had a bit of a schizophrenic aspect in that one day I was the customer and the next day I was the vendor.

My first contact there was with a guy named Eric Evans, who is both a friend and now a coworker. Even though he left Rackspace not that long ago, things are changing so fast that we had trouble finding the new visitor’s entrance. The Rackspace headquarters building is called “The Castle” and it is in a shopping mall that the company bought several years ago. It is amazing to watch how fast it has been built out, and while I hear that New Relic’s headquarters really hark back to the days of the first Internet bubble, The Castle is a contender for “nerdvana” (plus is it full of Level 8 Ingress Enlightenment portals).

We had a little time between my plane landing and our appointment, so Eric took me to a barbecue joint called Smokin’ Joes. 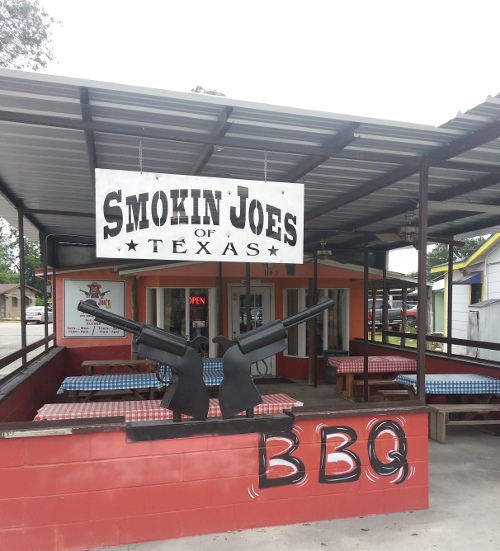 I’ve liked Texas barbecue ever since being introduced to Rudy’s in Boerne all those years ago, and every time I bring up how much I like Rudy’s it embarrasses Eric a little bit, because while good he doesn’t think it represents true Texas barbecue. He was determined to provide an authentic Texas barbecue experience. 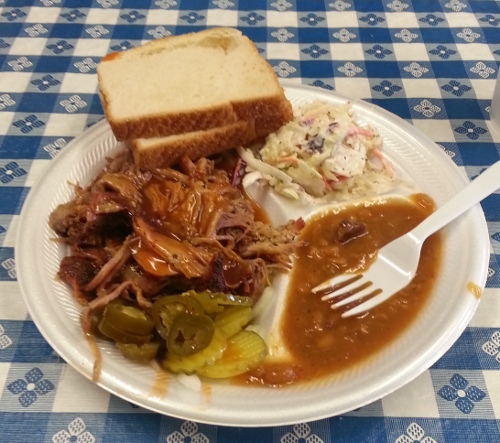 I knew when we walked up that I would like the place. Every amazing barbecue place where I’ve ever eaten has been something of a dive. The focus should be on the food and not the decor. I opted for a pulled pork plate (those of us purists from North Carolina understand the truth that “barbecue” means “pork”) and it was amazing. If I wasn’t so afraid of gaining back the 50 pounds I lost I would have had seconds. 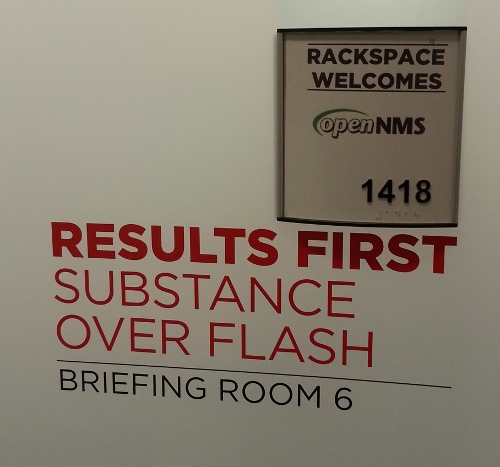 After lunch we headed over to The Castle. For our meeting we were ushered into the new “experience” center, which is a state of the art meeting space to showcase Rackspace products (and yes, they have cookies). The meeting was lead by John Engates, who is now the CTO, as well as another “original Racker” named Tom Sands who runs the network infrastructure. Tom used to yell at me when OpenNMS reported 1.2 ms latency as his network is almost always sub-millisecond by a large margin. I was also introduced to a number of other people who demonstrated that Rackspace has done a good job in hiring top notch talent, and we had a great discussion of their services and our needs. 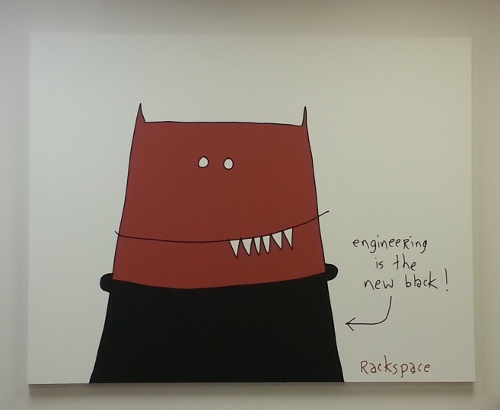 Rackspace, along with NASA (which is a bit ironic), created an open source cloud platform called OpenStack. I am not well versed in the subtleties of the Cloud market, but I think Amazon is still the leader with OpenStack companies in second. There is Eucalyptus, which is a fauxpensource play on Amazon’s APIs, and the CloudStack initiative from Apache. I believe VMWare has its own cloud offering and I’m sure there are hundreds more.

What I like about OpenStack is that it plays to the strengths of open source. Don’t like the service you are getting from Rackspace? Move everything over to IBM or HP, or host it yourself. You can use shared resources (the “public” cloud) or build your own on top of dedicated hardware (the “private” cloud) or mixed the two (the “hybrid” cloud).

The storage aspect of OpenStack is called “Swift” and while I don’t believe Eric worked directly on it, according to John his early work on something similar proved its viability to the company and resulted in them dedicating a team to develop it.

After the meeting, John, Tom, Eric and myself went to a place called The Boiler House for dinner. It is in a complex that used to house the Pearl Brewering Company, but is now home to a number of shops and restaurants.

While they had no draft beer, they did have Shiner in bottles and lots of good dishes to sample. While my normal diet is nominally vegan, within seven hours of landing I’d eaten pork, beef, lamb, bison and quail. I had a great time as we spend a couple of hours talking about tech, beer and firearms.

The next day we met with the monitoring team. While we were waiting I noticed an interesting looking car in the parking lot. It turns out it was a Fisker Karma, which is a plug-in electric sports car. 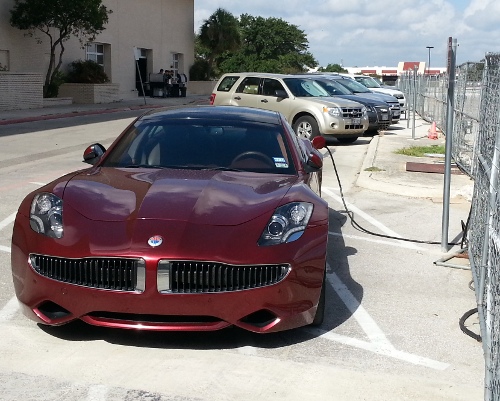 That meeting went well, and I’ll probably be back in San Antonio before the end of the year. Before heading to the airport Eric took me to a cool little coffee shop called Olmos Perk (which is impossible to get Google Now to recognize as it wants to replace it with “almost”). 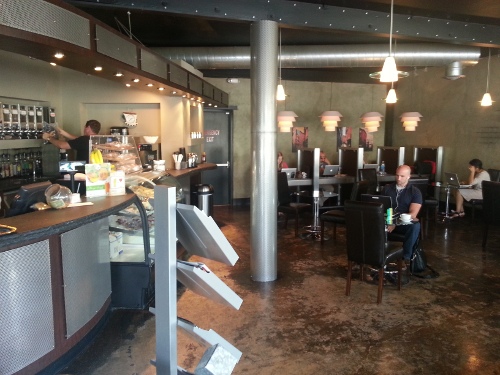 This is near the Olmos basin, and in driving there I got to see the Olmos Dam. It is the weirdest damn I’ve ever seen, as there is no water near it – just this huge concrete structure. Eric was telling me that in the 1920s the city flooded, so they hired this Dutch guy to create a plan to keep that from happening.

Now the problem is that this dam is literally in the middle of some prime real estate, so calls keep coming to tear it down and sell the land around it. Luckily for San Antonio, a flood comes around every decade or so that shows how brilliant the Dutch guy was at his job.

It was a fun trip (and it wasn’t even that hot). I look forward to coming back.