Ron and I had some meetings scheduled in Silicon Valley last week. It was an interesting trip, so I thought I’d put down a few thoughts.

The trip out was a little painful. Due to storms in Dallas they closed DFW and so our plane got re-routed to Waco. Now the Waco Regional Airport is not the largest in the world (it has two gates) and so they weren’t really set up for handling the few jets that got diverted there, and I’m sure the plan was just to refuel and head back to Dallas when the weather cleared.

Unfortunately, the MD-80 we were on experienced some sort of mechanical issue and it wasn’t getting back to DFW that night. They didn’t announce that publicly (if a delay is caused by weather, the airline isn’t held responsible, but if it is related to maintenance then American would have been responsible for hotels, etc.) and all we were told was that we’d have to take a bus back. I heard about the maintenance issue from the crew, but they wouldn’t give specifics. 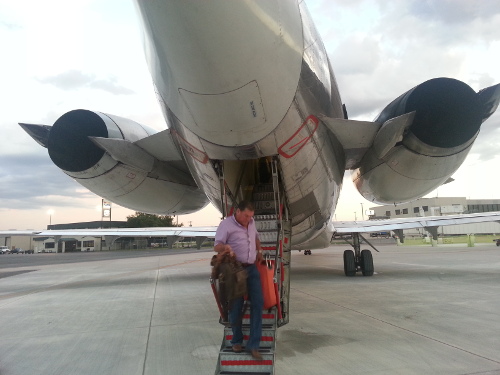 We ended up exiting from the rear of the aircraft, something I had never done in years of flying.

It was a little frustrating, specifically because Ron checked a bag. On the plane they told us that he could get his bag if he requested it from the desk, but once we got there we found it wasn’t staffed. By this time we had left the secure area and couldn’t get back to talk with the original person, and later it turns out that the four American Eagle staff decided to hide in the office instead of dealing with questions from our crowd. We were finally told that we couldn’t get his bag and that it would be delivered to San Francisco with our next flight.

I have watched Planes, Trains and Automobiles enough that as soon as we landed in Waco, I called and I booked a room at the DFW Marriott. We managed to get there about 1am, and considering that we were rebooked on a 7am flight we didn’t get much sleep, but at least it wasn’t on the floor of the airport.

Upon arriving at SFO we went to the Admiral’s Club to check on the status of Ron’s bag. They said it had been scanned at DFW and should be on the next plane, which was due to arrive in about three hours time. We decided it was worth it to wait.

The bag wasn’t on that flight, the one 40 minutes after it, nor the one 10 minutes after that. American seemed incapable of locating the bag or telling us when it might arrive, and I couldn’t help but think that we could build them a better system using OpenNMS. Heck, the bar wouldn’t be all that high, as pretty much anything would have been better than what they have. That afternoon we gave up and decided to head out and just stop by Target to buy some clothes.

The rest of the trip was much better. We met a friend of Ron’s named Mark for dinner and had a really great conversation about pretty much everything, but with a focus on tech and the business of tech. We then called it a night due to having little sleep the night before.

The next morning while Ron was on the phone with American, who were still having issues locating his luggage, the hotel brought the bag to his room. Resupplied with clothes, we were ready to tackle our now completely booked two days of meetings. 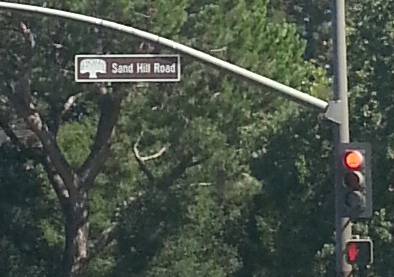 It had been awhile since I was on Sand Hill Road, and it seems that things have changed for the better. Most investors seem eager to at least learn about a company like ours that has both customers and profit, and most of the meetings we took were fun.

One wasn’t. It was the same old tired “If you aren’t in Silicon Valley, you can’t be successful” spiel I used to hear every time I came here. The premise is that if you want tech talent, i.e. a talented Director of Sales, you can only find them in the Valley. This contrasted with another person I talked to this trip who said he was having trouble finding people because no one wanted to go to a Series A startup. With Facebook, Google, Twitter and others hiring, the top guns are either going there for the security and high salaries or are off starting their own companies.

I couldn’t help myself (it happens) and I had to point out that in the case of OpenNMS being focused on open source, there is more talent in RTP than in California. Red Hat’s revenue is over a billion dollars annually, and I would like to see the Valley’s equivalent. With all that talent ‘n such there should be several companies, right?

On the flight back I was seated next to a woman who was a bit of a hired gun in business consulting and she pointed out that quite a few Valley startups take off like wildfire but then quickly plateau. Her theory is that the area is very insular so business plans tend to target companies in that area and they don’t do well outside of it. I think there is a grain of truth in what she said, although there are notable exceptions such as the companies I named above.

The one thing that is hard to recreate is the sheer density of interesting people. Perhaps it was because I’m now traveling with Ron who knows everybody, but I had some great conversations, one after another. I have had conversations of a similar level in Raleigh, but not in a row like that.

But I am willing to experience that via airplane versus living there. Spending over a million dollars for a small house and then having to deal with the traffic, parking and other issues is enough to make me appreciate my current standard of living. Plus, I would have to have a really nice job to afford the Telsa sedan which seems to be the car of choice in the area. At one point in time we were passed by two red ones on the 101 (one with a dealer tag). I did see only one coupe but the sedans were everywhere.

We’re off for meetings in other parts of the country (and world) over the next few weeks, so it will be interesting to compare that to my trip West. I’ll try to post my thoughts so that my three readers can experience the wonder that is business travel from some place that isn’t Waco.