I’ve known Lyle Estill for over a decade now, and I consider him a friend. So when I got a copy of his latest book Small Stories, Big Changes it went right to the top of my reading list (which is literally two feet high at the moment).

Leafing through the book I realized something: I was mentioned no where in it. As someone who has been at least mentioned in almost all of the other books by Lyle, I braced myself for disappointment. I mean, how can it be good without a little dose of Tarus? Fortunately, that didn’t happen, and I found it a good read.

I think the oversight of my omission is that Lyle didn’t do most of the writing for this book. He compiled stories by others, including a number of local people, into a book about “the frontlines of sustainability”.

What is sustainability? One author defines it (via the United Nations) as “the ability of the current generation to meet its needs without compromising the ability of future generations to meet theirs”. This book includes people in the energy business (solar and wind), those who aim to live simply, and others who focus on reducing waste.

Each of these authors have their own voices, but they are tied together by introductions by Lyle, and his relationship to them: some close, some distant, brings the book together.

The hardest chapter for me to get through was the one by Gary Phillips.

Gary Phillips is local to Chatham County, North Carolina, and he is probably most famous for being on the receiving end of one of the dirtiest campaigns ever run for County Commissioner, in our county or any other.

For a long time North Carolina politics was a bit of a dichotomy. Nationally, the people here had the tendency to vote Republican, but locally it was all Democrat. This has changed, but back in 2002 the winner of the Democratic primary was the ultimate winner.

At the time there was a huge push for development in the county, but for a number of valid reasons (lack of water, water treatment facilities, and other infrastructure being key) the tradition was for a more “slow growth” attitude. A businessman named Bunkey Morgan changed his voter registration to Democrat and “rented” a house in the proper district just to run against Phillips. He won by 320 votes and implemented policies that resulted in Chatham becoming “Zombieland” after the housing bust.

But while Phillips blames his loss to Bunkey Morgan’s carpetbagger strategy to “not being white enough,” the biggest thing I remember from that election were the changes he made to his marital status mid-campaign. I think that, as much Bunkey’s tactics, cost him the commissioner’s seat.

While that chapter didn’t resonate with me, others did. I do like the fact that some of the author’s touched on my pet issue with respect to sustainability, namely population control. Many agonized over the “energy equation”, in other words if I buy a hybrid does the environmental savings in fuel offset the damage caused by mining for the rare earth elements for the car’s batteries? The one thing that was true about every author, including Gary, was how seriously and deeply they felt about this planet we share.

I found “Small Stories” to be a solid read, and Lyle is continuing stories of “activists” of all stripes on his website. 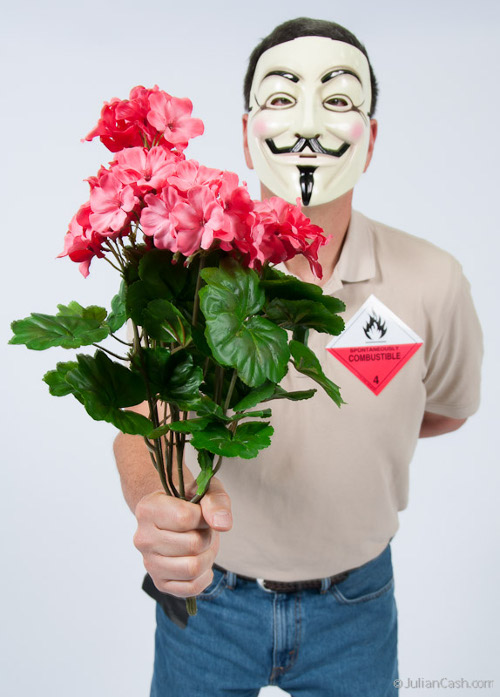 He asked me to contribute my own “open source activist” story, and it is now up on the website. Check it out and let me know what you think.