Thursday was a pretty exciting day for me. We started seeing some changes to the codebase (capsd was deprecated in favor of provisiond, the ticketer plugins are now separate packages) and Markus N. and Matt R. demonstrated a new site built on Rails to manage community configuration contributions (and I got to practice my alliteration).

I spent the morning in downtown Minneapolis. I noticed that there was an extremely tall building called The Capella Tower. Capella University has been using OpenNMS since the 1.2 days, and while we’ve been working with them for many years I’ve never met them in person.

For some reason I thought they were headquartered in Chicago, but I think that was because they advertise on the subway trains there. Anyway, I dropped Will a note and asked if he was in the Capella Tower, and he invited me out. 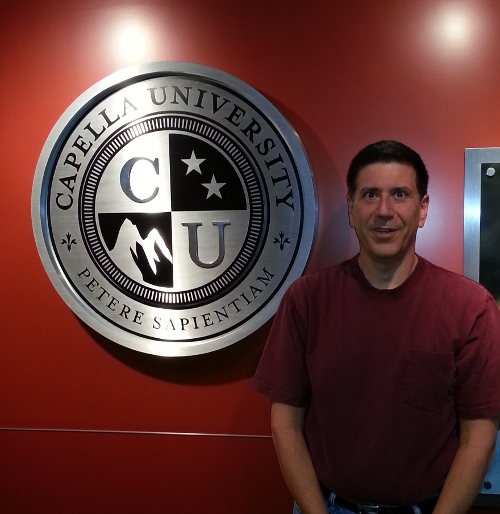 It was cool to see their operation as well as the changes they’ve made to their instance of OpenNMS. OpenNMS is a platform, and it really starts to shine when it is customized, and Capella has done a great job with it. 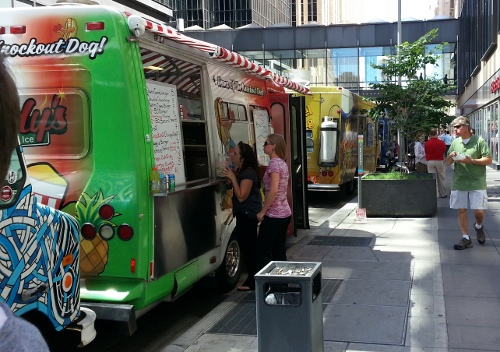 I offered to take the team to lunch, and they suggested we hit the food trucks. All around downtown you can find some amazing food, especially on Marquette. 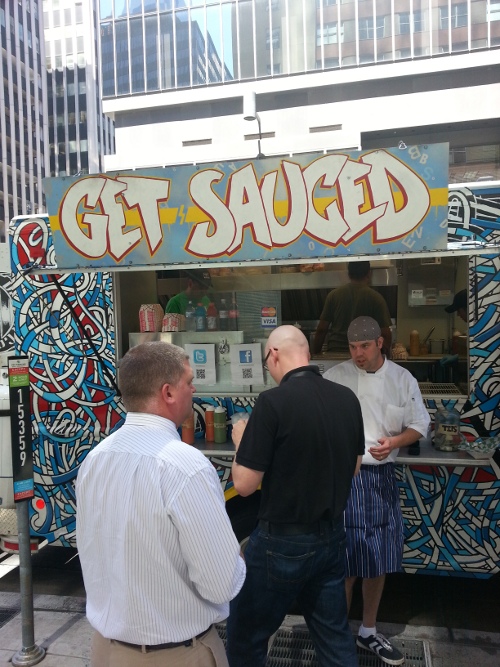 We hit one called “Get Sauced“. Now, being from North Carolina, we elevate the cooking of pork to near religious status, so I tend to be very critical of pork BBQ, but Get Sauced did not disappoint. It was easy to see why their BBQ sauce has won at the State Fair for three years in a row. 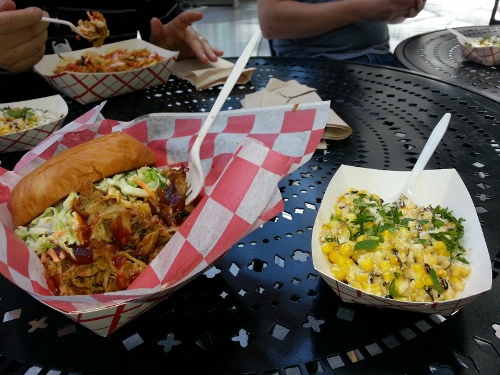 They also had something called “Mexican Corn”. It was grilled, fresh corn removed from the cob and seasoned. It was wonderful.

After I left Capella I took the opportunity to play a little Ingress and managed to level to Level 5. I haven’t been playing much (most of the people who started when I did are around L7) but I managed to gain about 50K AP this week without much effort due to the density of portals in the area. 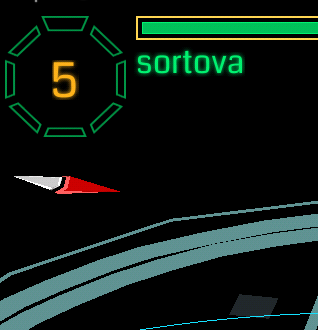 We also took our group photo today. Unfortunately, Jeff Prime had to leave early due to a personal reason and missed the pic, but the rest of us made it. Thanks to Donald for taking the picture.

Thursday night was Twins night. Starting with last year we’ve taken everyone at Dev-Jam out to the ball game, and this year it was cool because we had a couple of Royals fans in the group as well (plus the Europeans who had absolutely no idea what was going on – which is how I feel about cricket).

We all wore our new polos, and so we made quite an impression next to the local marching band that was also in uniform. 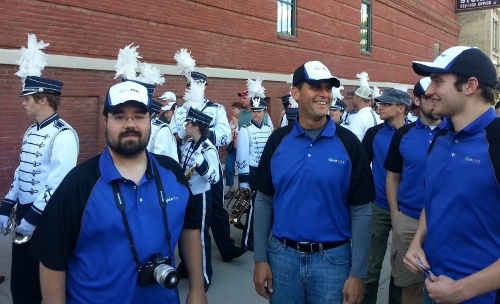 And the blue and black made us easy to spot in the stands. 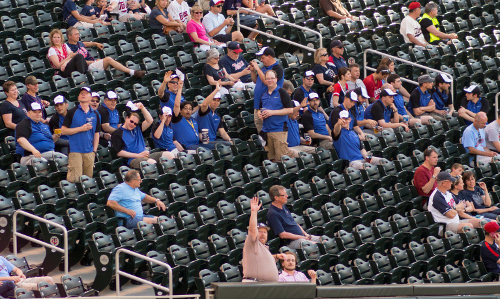 Like last year, we were appropriately in far right field, but we were also joined by this lovely young lady (posing here with Ulf). 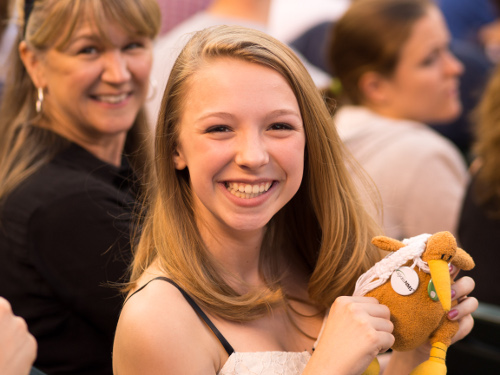 She sang the national anthem before the game. I love the fact that the performance of The Star Spangled Banner is and of itself a sporting event, as it is extremely difficult to sing. She did a great job and nailed the high note at the end.

It was a lovely evening, although since both pitchers did a great job the game itself was less than exciting. The Twins pulled off the win, however.

I like to think we had a hand in that. (grin)

[Note: Ben posted a lot more of his pictures from the game here.]