My role at Dev-Jam is purely an organizational one. As someone who doesn’t code much, if at all, I always describe myself more as Julie the Cruise Director, just here to make this a great week.

I do, however, reserve the right to open the conference, so at 10am Monday morning I got to address the folks who had come here to spend the week. I also got to distribute this year’s OpenNMS polos which are a new offering from Lands’ End and are made of that newfangled “tech” fabric. I then turned over the meeting to Matt Brozowski, who as the project’s lead architect, gets to do most of the heavy lifting this week.

Speaking of shirts, I found a cool one at HeroesCon that I bought just for Dev-Jam in honor of our mascot, Ulf. 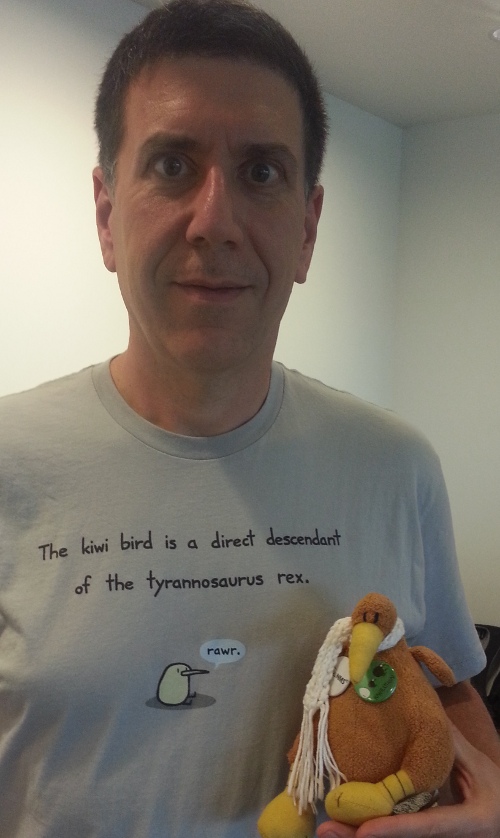 Dev-Jam is more than just coding. Mike brought in a collection of Raspberry Pis to show off some of the projects he’s been working on: 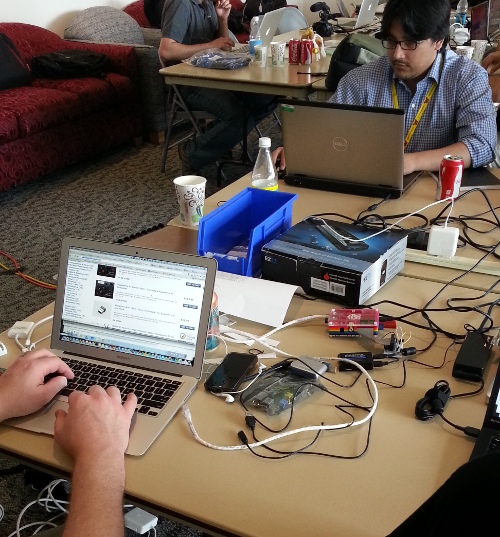 and DJ brought even more electronic gear as he is working on a cool stoplight integration with OpenNMS: 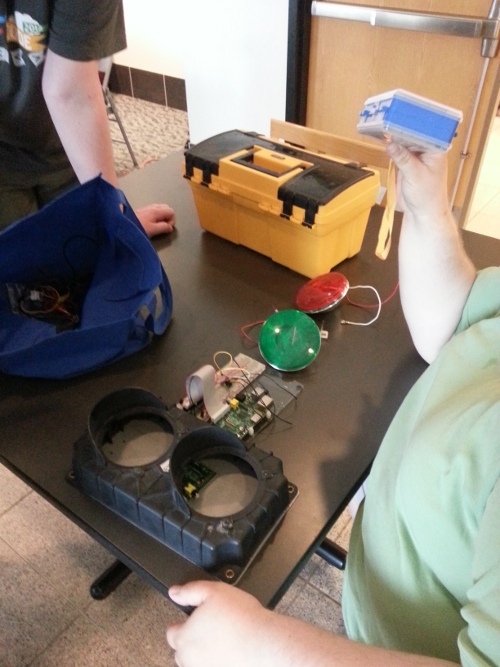 His soldering iron came in handy when Richard, who is doing an audio segment on our community, had a cable malfunction. Dustin was able to use DJ’s tools to fix it.

Mike also showed off this interesting little app he found for the iPhone that allows it to autorotate using the vibration alert built in to the phone. Here is the video that introduced him to it:

Such a talented group.

They also can eat, so thanks to Chris over at Papa Johns we had a pizza feast at dinner. 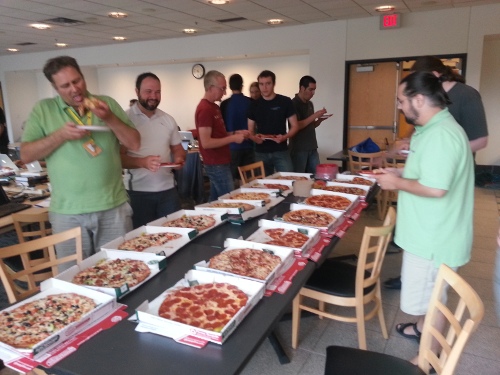 If you are following the wiki, you can see what’s being worked on this week.