Once again the core of the OpenNMS community has descended on the campus of the University of Minnesota for Dev-Jam. 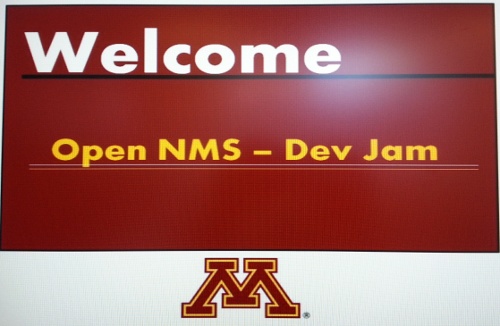 This is our eighth Dev-Jam in nine years, and the sixth one be to be held at Yudof Hall. The facilities are top-notch and we especially like the Yudof Club Room. This is a very large room in the basement of the dorm, complete with a brick balcony that overlooks the Mississippi River. On one end are couches and a large screen TV. In the middle we set up tables for working.

At the other end is a kitchen. Now, a rather well stocked kitchen.

I got in Sunday evening. This year I brought my friend Richard who is a freelance radio producer (you can hear him on NPR) to produce a story on the OpenNMS community. Mike Huot (one of the major Dev-Jam organizers and also the person responsible for the longest commercial support contract for OpenNMS – first bought in 2001) and I were reflecting on how awesome this conference has become over time, and whether or not we want to grow much beyond the 30+ people coming this year.

Luckily, the Town Hall Brewery could support all of us, although for most of the week we’ll order out. 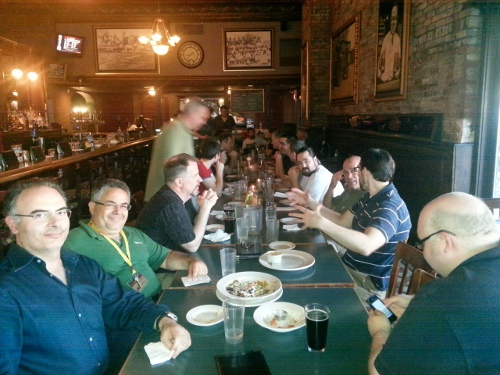