Now that I’ve had some sleep, I wanted to make a few last comments on the Users Conference.

I think the Foundation did a wonderful job ‎with their first conference. All of the feedback I got was positive, with a lot of long time attendees thinking this was the best one yet. I think what made it work was the vibe that this was “user driven”. Heck, even the location for meals, Café Chaos, is student run and managed, and they also handled the catering. 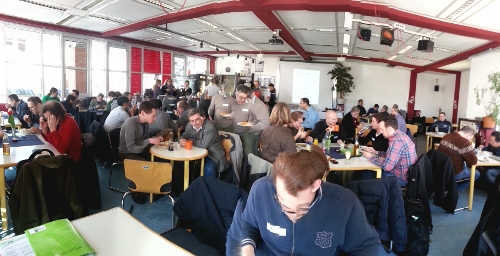 It was a little hard to say goodbye to old friends and new, but many had lives to get back to and trains to catch. Those of us left ended up at the Wiesenmühle beer garden, the traditional ending to the conference. I was extremely happy to see that Dunkel was still in season. 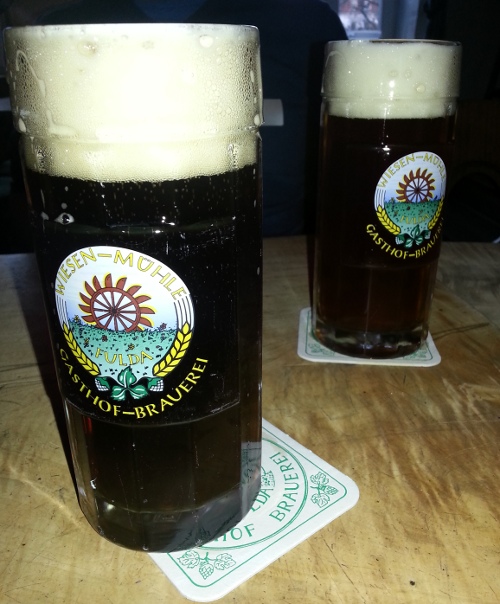 A tradition I didn’t want to repeat was the excessive schnapps consumption of last year, but it just wouldn’t be right without one or two. 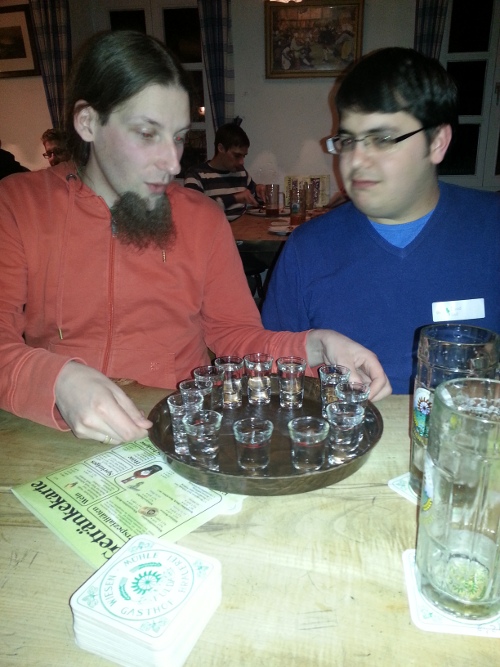 Of course, David (pictured on the right) accidentally overrode my order with the waitress for “zehn” (10) glasses and managed to count two more people at our table than were actually there. Thus he and Markus (pictured left) ended up with the two left over shots (Markus since he missed all the “fun” last year).

I had an early flight so managed to leave while feeling very happy and content. It is a shame I have to wait until next year to see everyone again.

Speaking of next year, we are looking for a venue. The team would like to move the conference around Europe. We need a place with two conference/class rooms, a place for everyone to gather and eat, and enough hotel rooms to accomodate everyone. Good public transportation and proximity to an airport are also important. If you know of one, be sure to drop a note to the Foundation folks.

I’ll leave you with this picture. I’m not sure how I managed to take it, actually. It’s supposed to be of a glass of Schwarzer Hahn beer, but I think it turned out pretty cool. 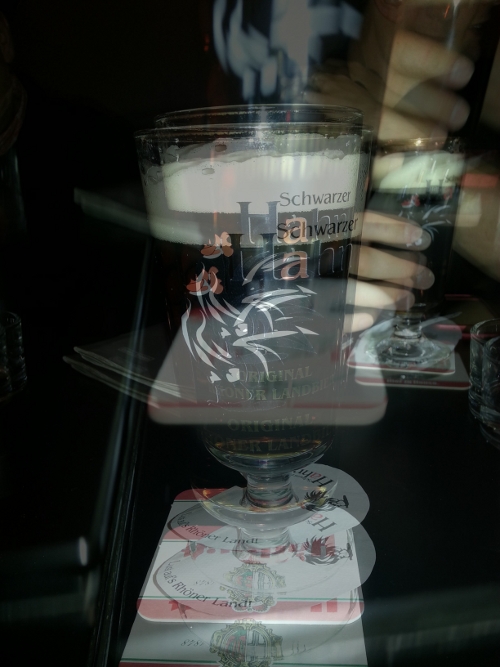