I’m spending a few days in Bergen to fill the time between the OpenNMS users conference and the Telemanagement Forum conference. I had originally planned to fly back home, but I was only going to be there for less than two days before I had to leave again.

Alex Hoogerhuis has been supporting OpenNMS since 2003, and he is one of the early contributors to our wishlist. As the founder of Norway’s Boxed Solutions, Alex has been deploying OpenNMS all over the place, including Norway and Africa. I was able to visit once before in 2008 so I thought it would be cool to come back for a few days.

This is a fun time of year to visit Norway. The weather tends to be nice (it was sunny and warm – best weather on my trip so far) and since May 17th is the national holiday the mood is always festive.

As Alex and I wandered around Bergen, he would constantly point out places where OpenNMS was being used. One was for a restaurant chain, and using a 3G modem he was even monitoring the cash register on a cruise boat. 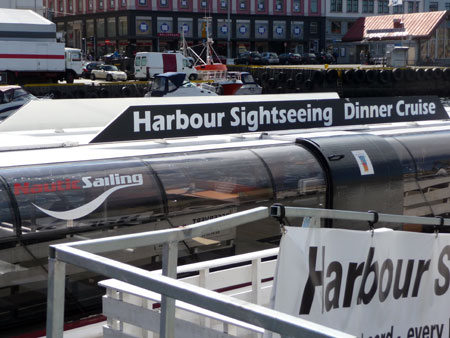 Bergen is a port city and seafood is a big part of that. They have a number of holding tanks for the catch, which includes crabs, cod, and lobster. 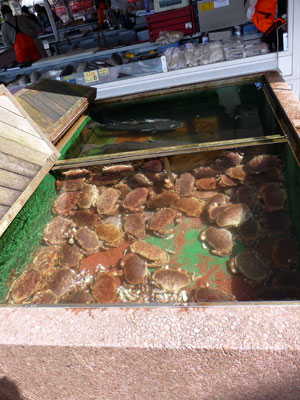 Also hard to miss are the Russ. These are students who are graduating from high school, and tradition dictates that they wear special outfits from 1 to 17 May, pretty much without interruption. They are highly customized, and students can earn the equivalent of merit badges for performing tasks, some of them outrageous (such as running naked around a large pond in the center of town). I saw a number of Russ crawling on hands and knees across the main square and was told this was one of the more common of these tasks. 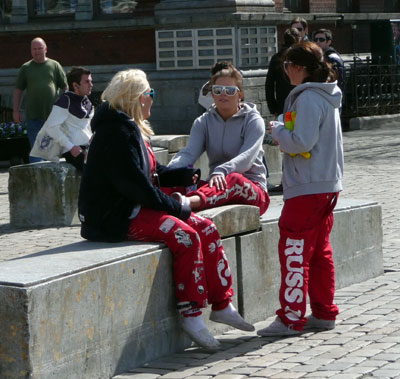 Another thing I noticed was that young kids would often run up to Russ, who would hand them something. I asked Alex about it and he told me about the “russekort” which are fake business cards that the Russ have made. Apparently there is a lot of demand for collecting these cards, both among the students (who view it as a way to meet members of the opposite sex) and children.

Unfortunately I leave for Nice on the 16th so I won’t be here on Monday to watch the parades as well as partake of hot dogs and ice cream (another 17th of May tradition), but Alex did treat me to some traditional Norwegian food. 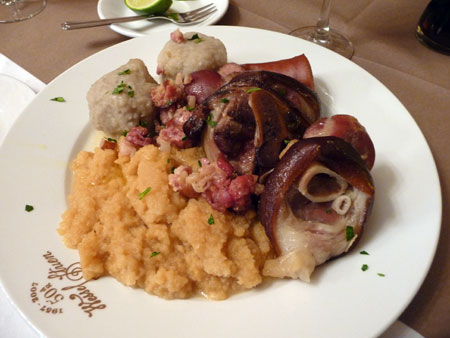 We had lamb knuckles and lamb sausage, coupled with potato balls and mashed turnips. It was very good but extremely filling.