The trip from London to Frankfurt was uneventful. Due to high winds our flight was delayed about an hour, but I used the time to catch up on some sleep.

Once in Frankfurt I was happy to find my luggage had made the trip as well. Ben and I met up with Antonio and we took a cab to the OpenNMS conference hotel.

We got our rooms and then it was time for reunions with old friends and meeting new ones. Alon Rubinstein brought two coworkers in from Israel, and Uwe and the Nethinks team were also there. The group of us wandered off to find a place to eat and catch up. 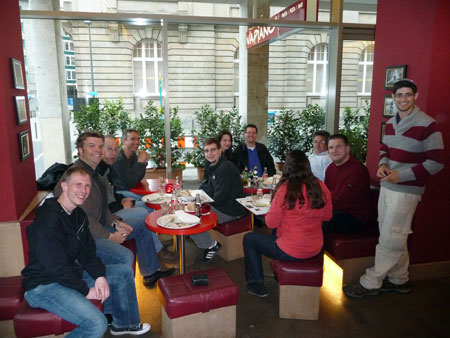 Alex Hoogerhuis showed up, but unfortunately he became ill and didn’t join us. I was chatting with him on IRC this morning and I believe he is just going to head back home to Norway. I hope he feels better, especially since I am to join him in a week (grin).

Frankfurt is an interesting city. As the financial capital of the Eurozone, you see some interesting art: 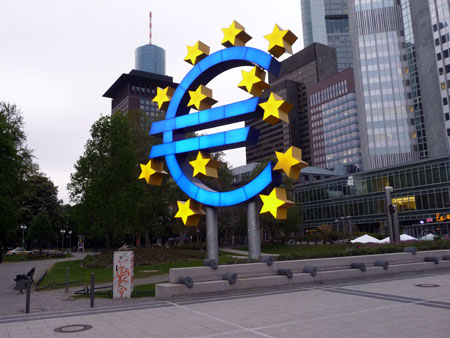 I joked with Uwe and asked which star was Greece, to which he replied “the fallen one”.

We got back to the hotel around 9:30 and I called it an early night. Tomorrow the conference starts and I still have a lot to do.