The second day of the show was much slower than the first, but it picked up a little toward the end of the day. Alan Pope from the Ubuntu-UK Podcast came over and asked if I wanted to talk about OpenNMS.

Silly man, of course I want to talk about OpenNMS. (grin)

Then he told me I had about ten minutes, which caused the other guys in the booth to laugh, since most think I can’t finish telling people my name in ten minutes.

In any case it went pretty well (I thought). It hasn’t been posted yet but I’ll be sure to mention it when it does. 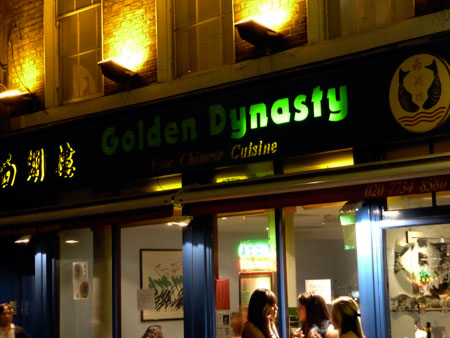 That evening Dr. Gallen took us out to the West End and Leicester Square where we had a nice meal at a Chinese place (not the one pictured above). It was much quieter than the last time we came down there.