This is the first conference since joining AWS that I have booth duty, so I won’t be able to spend as much time in the sessions as I would like, but I did want to catch one of the first sessions of the day which was “Speedrunning Kubernetes”. 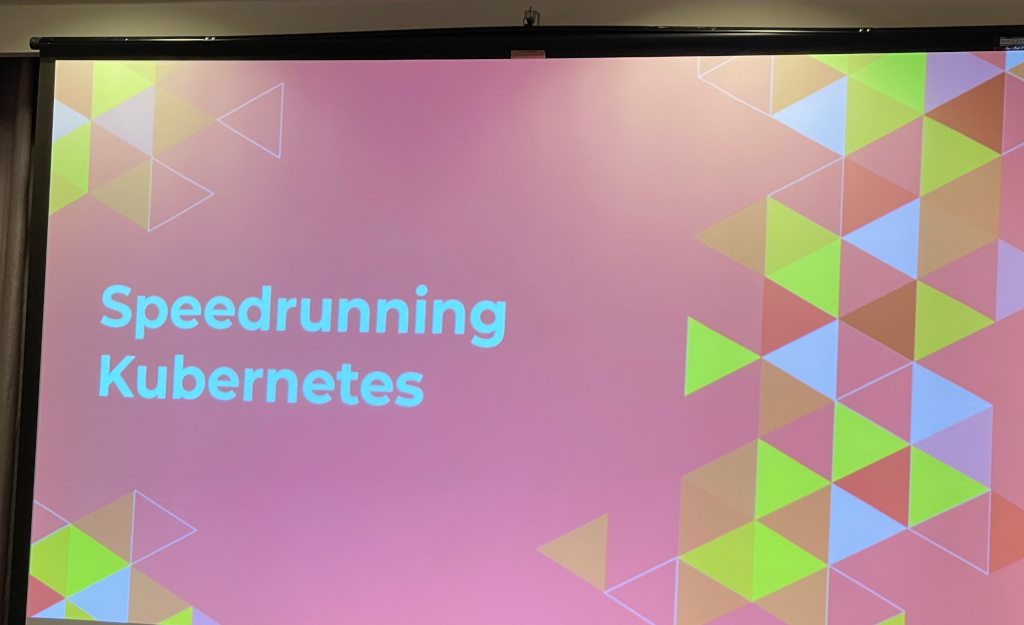 The main reason I wanted to see this talk was to see Kat Cosgrove in action. Prior to coming to AWS I didn’t know about her but I ended up following her on Twitter and found that she has strong opinions, and I tend to like people who have strong opinions. I figured the presentation would be entertaining and that I might learn something. 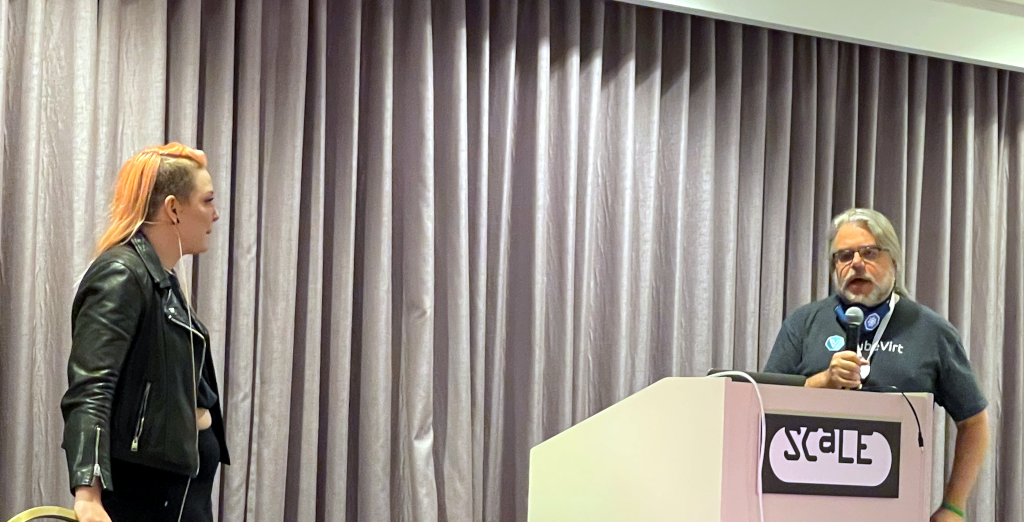 The title alludes to a “speedrun” which is an attempt to complete a video game as quickly as possible. The goal of this talk was to bring up a working Kubernetes cluster as if you were doing a speedrun. It also included one of the more … unusual … analogies I’ve seen in a technical presentation (including my own) by using a Chihuahua as a metaphor. 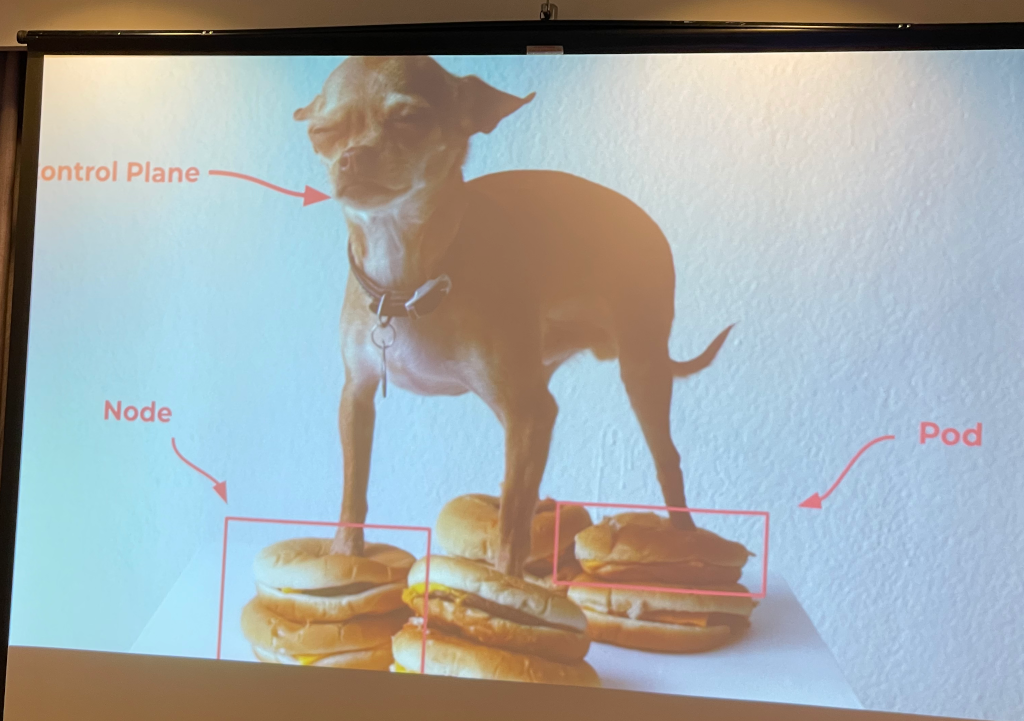 If the goal is to provide the “cheeseburger” application, consisting of the bun service, the patty service, the cheese service, the mustard service, etc., each instance of the application (i.e. each burger) can be considered a “pod”. There are two pods under each foot of the dog representing two-pod “nodes” and the dog forms the control plane.

Remember, now that you’ve seen it, you can’t unsee it.

That was the only session I made on Day Two, but I did get some time to wander around the Exhibit Hall. The Software Freedom Conservancy had a booth, and since they are one of my favorite organizations I stopped by to chat with Pono Takamori. I know a number of folks that work there and they serve as almost a reference implementation for trying to live using 100% free software. Pono was telling me that it was getting almost impossible to find a totally free mobile wireless solution since 3G went away, as all of the modern modems tend to use binary blobs. 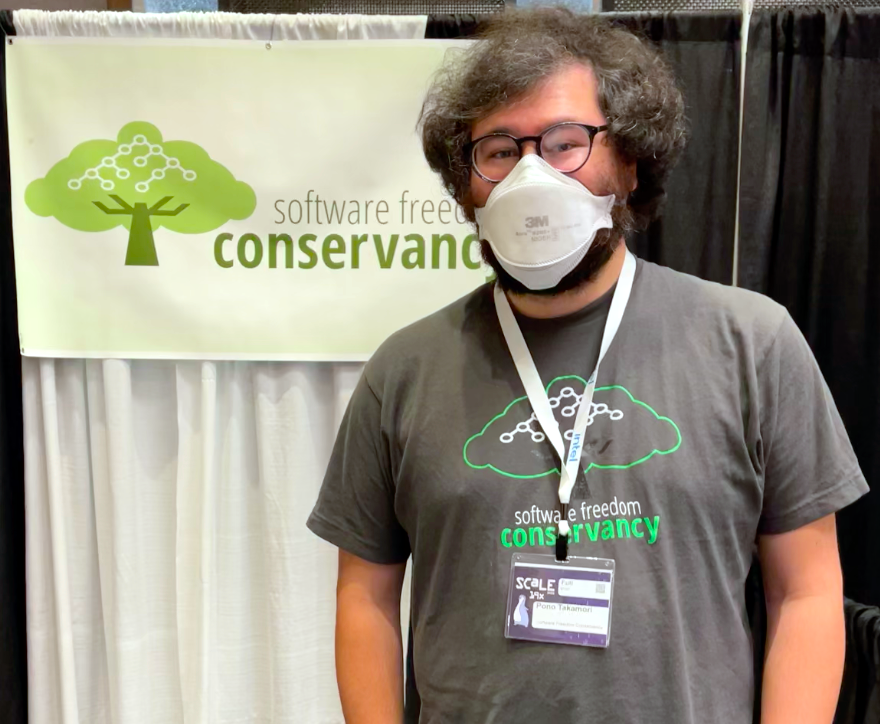 Now, when these exhibit halls are being set up, the “booths” are laid out with little generic signs showing the owner of the booth, and most of the time they eventually get covered up once the booth is complete. 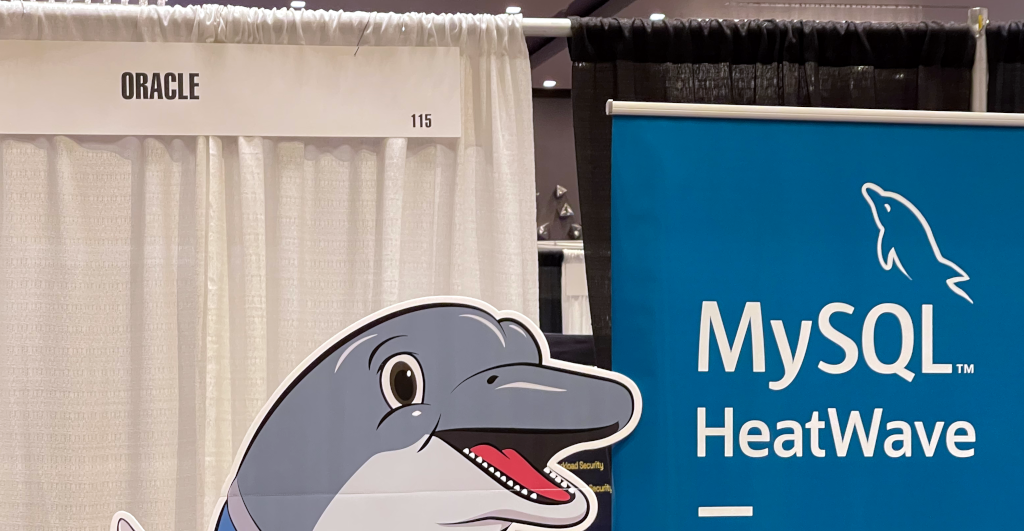 I know the Sun acquisition was a long time ago, but I still get cognitive dissonance when I see a MySQL sign next to an Oracle one.

The AWS booth for this conference is really awesome. I bow down to the genius that is Spot Callaway, and he pitched a booth design that was to invoke a teenage geek’s basement, where one might play video games and Dungeons and Dragons (think Stranger Things). The walls of the booth are made to look like brick, and there are chairs, a couch and an SNES console emulator. 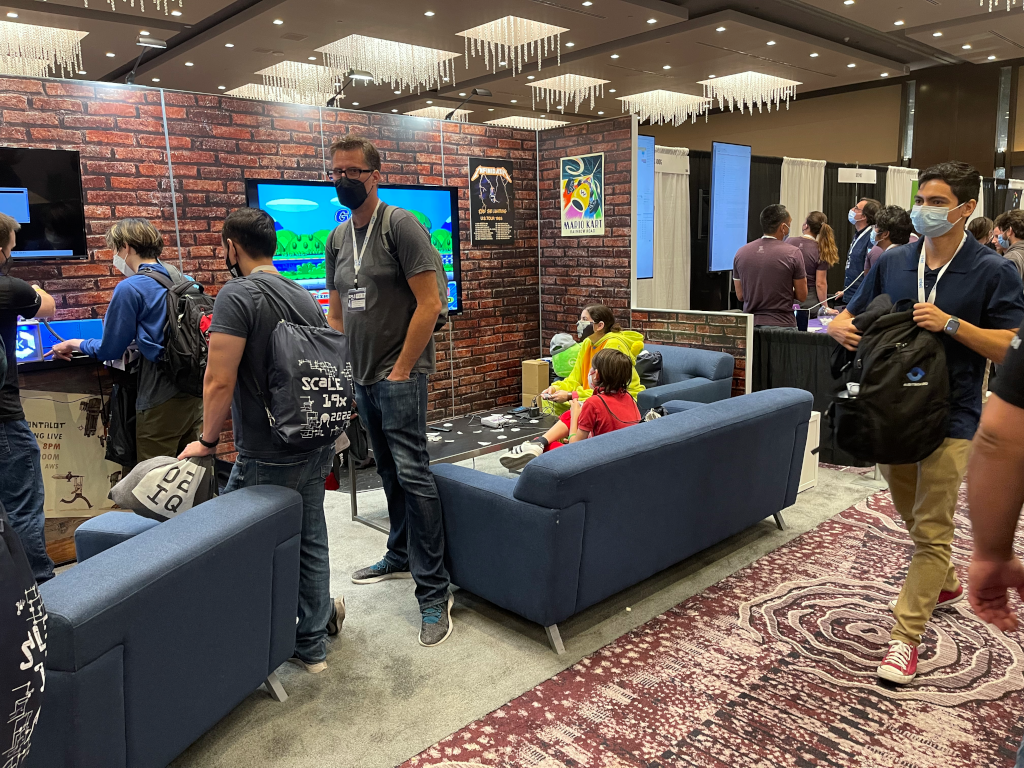 The featured AWS project for this conference is Bottlerocket, and I got to learn a bit about it and meet members of the team. Bottlerocket is a minimal operating system designed just to run containers. I compared it to LibreELEC, which is a purpose-built O/S that I use to run Kodi, and while it was explained to me that I was oversimplifying things a bit, it was otherwise a good analogy.

While it is, of course, being used withing AWS, it is a 100% open source project and you can get the code on Github, and the hope is that others will find it valuable and will get involved with the community. If this is something you’re into, stop by the booth and say “hi”.

Speaking of stopping by the booth, we do have some tasty sodas and Bottlerocket branded bottle openers, but the big giveaway is an awesome 3D printer. Get a raffle ticket and stop by the booth at 1:30pm on Sunday for the drawing (you must be present to win).

AWS employees are not eligible to participate. (sniff)