I love e-mail. I know for many it is a bane, which has resulted in the rise of “inbox zero” and even the “#noemail” movement, but for me it is a great way to communicate.

I just went and looked, and the oldest e-mail currently in my system is from July of 1996. I used e-mail for over a decade before then, on school Unix systems and on BBS’s, but it wasn’t until the rise of IMAP in the 1990s that I was able to easily keep and move my messages from provider to provider.

That message from 1996 was off of my employer’s system. I didn’t have my own domain until two years later, in 1998, and I believe my friend Ben was the one to host my e-mail at the time.

When I started maintaining OpenNMS in 2002 I had a server at Rackspace that I was able to configure for mail. I believe the SMTP server was postfix but I can’t remember what the IMAP server was. I want to say it was dovecot but that really wasn’t available until later in 2002, so maybe UW IMAP? Cyrus was pretty big at the time but renown for being difficult to set up.

In any case I was always a little concerned about the security of my mail messages. Back then disks were not encrypted and even the mail transport was done in the clear (this was before SSL became ubiquitous), so when OpenNMS grew to the point where we had our own server room, I set up a server for “vanity domains” that anyone in the company could use to host their e-mail and websites, etc. At least I knew the disks were behind a locked door, and now that Ben worked with us he could continue to maintain the mail server, too. (grin)

Back then I tried to get my friends to use encrypted e-mail. Pretty Good Privacy (PGP) was available since the early 1990s, and MIT used to host plugins for Outlook, which at the time was the default e-mail client for most people. But many of them, including the technically minded, didn’t want to be bothered with setting up keys, etc. It wasn’t until later when open source really took off and mail clients like Thunderbird arrived (with the Enigmail plug-in) that encrypted e-mail became more common among my friends.

In 2019 the decision was made to sell the OpenNMS Group, and since I would no longer have control over the company (and its assets) I decided I needed to move my personal domains somewhere else. I really didn’t relish the idea of running my own mail server. Spam management was always a problem, and there were a number of new protocols to help secure e-mail that were kind of a pain to set up.

The default mail hosting option for most people is GMail. Now part of Google Workspace, for a nominal fee you can have Google host your mail, and get some added services as well.

I wasn’t happy with the thought of Google having access to my e-mail, so I looked for options. To me the best one was ProtonMail.

The servers for ProtonMail are hosted in Switzerland, a neutral country not beholden to either US or EU laws. They are privacy focused, with everything stored encrypted at rest and, when possible, encrypted in transport.

They have a free tier option that I used to try out the system. Now, as an “old”, I prefer desktop mail clients. I find them easiest to use and I can also bring all of my mail into one location, and I can move messages from one provider to another. The default way to access ProtonMail is through a web client, like GMail. Unlike GMail, ProtonMail doesn’t offer a way to directly access their services through SMTP or IMAP. Instead you have to install a piece of software called the ProtonMail Bridge that will create an encrypted tunnel between your desktop computer and their servers. You can then configure your desktop mail client to connect to “localhost” on a particular port and it will act as if it were directly connected to the remote mail server.

In my trial there were two shortcomings that immediately impacted me. As a mail power user, I use a lot of nested folders. ProtonMail does not allow you to nest folders. Second, I share some accounts with my spouse (i.e. we have a single Paypal account) and previously I was able to alias e-mail addresses to send to both of our user accounts. ProtonMail does not allow this.

For the latter I think it has to do with the fact that each mail address requires a separate key and their system must not make it easy to use two keys or to share a key. I’m not sure what the issue is with nested folders.

In any case, this wasn’t a huge deal. To overcome the nested folder issue I just added a prefix, i.e. “CORR” for “Correspondence” and “VND” for “Vendor”, to each mailbox, and then you can sort on name. And while we share a few accounts we don’t use them enough that we couldn’t just assign it to a particular user.

UPDATE: It turns out it is now possible to have nested folders, although it doesn’t quite work the way I would expect.

Say I want a folder called “Correspondence” and I want sub-folders for each of the people with whom I exchange e-mail. I tried the following:

However, I can log into the ProtonMail webUI and next to folders there is a little “+” sign.

If I click on that I get a dialog that lets me add new folders, as well as to add them to a parent folder. 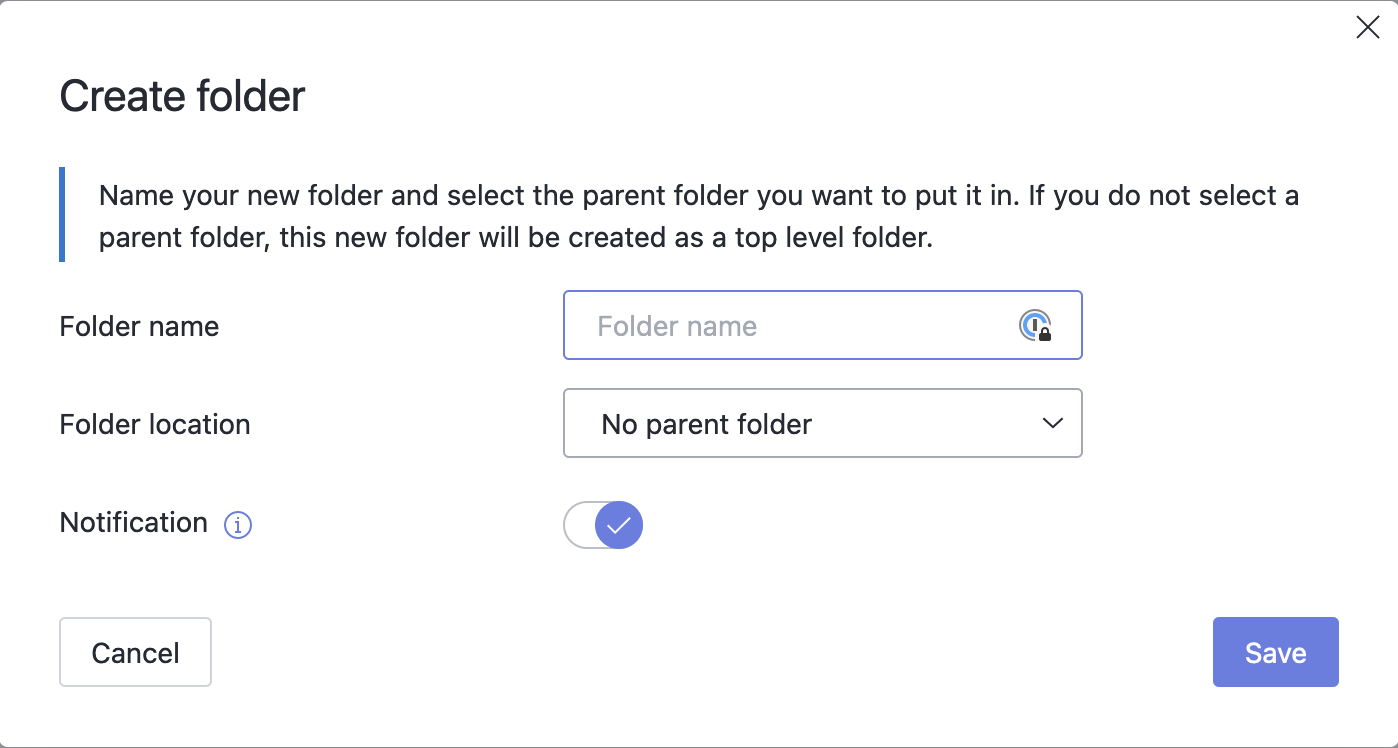 It would fail to create, but

After I was satisfied with ProtonMail, I ended up buying the “Visionary” package. I pay for it in two-year chunks and it runs US$20/month. This gives me ten domains and six users, with up to 50 e-mail aliases.

Domain set up was a breeze. Assuming you have access to your domain registrar (I’m a big fan of Namecheap) all you need to do is follow the little “wizard” that will step you through the DNS entries you need to make to point your domain to ProtonMail’s servers as well as to configure SPF, DKIM and DMARC. Allowing for the DNS to update, it can be done in a few minutes or it may take up to an hour.

I thought there would be a big issue with the 50 alias limit, as I set up separate e-mails for every vendor I use. But it turns out that you only need to have a alias if you want to send e-mail from that address. You can set up a “catch all” address that will take any incoming e-mail that doesn’t expressly match an alias and send it to a particular user. In my case I set up a specific “catchall@” address but it is not required.

You can also set up filters pretty easily. Here is an example of sending all e-mail sent to my “catchall” address to the “Catch All” folder.

I haven’t had the need to do anything more complicated but there are a number of examples you can build on. I had a vendor that kept sending me e-mail even though I had unsubscribed so I set up this filter:

if anyof (address :all :comparator "i;unicode-casemap" :is "From" ["noreply@petproconnect.com"]) {
reject "Please Delete My Account";
}

and, voilà, no more e-mail. I’ve also been happy with the ProtonMail spam detection. While it isn’t perfect it works well enough that I don’t have to deal with spam on a daily basis.

I’m up to five users and eight domains, so the Visionary plan is getting a little resource constrained, but I don’t see myself needing much more in the near future. Since I send a lot of e-mail to those other four users, I love the fact that our correspondence is automatically encrypted since all of the traffic stays on the ProtonMail servers.

As an added bonus, much of the ProtonMail software, including the iOS and Android clients, are available as open source.

While I’m very satisfied with ProtonMail, there have been a couple of negatives. As a high profile pro-privacy service it has been the target of a number of DDOS attacks. I have never experienced this problem but as these kinds of attacks get more sophisticated and more powerful, it is always a possibility. Proton has done a great job at mitigating possible impact and the last big attack was back in 2018.

Another issue is that since ProtonMail is in Switzerland, they are not above Swiss law. In a high profile case a French dissident who used ProtonMail was able to be tracked down via their IP address. Under Swiss law a service provider can be compelled to turn over such information if certain conditions are met. In order to make this more difficult, my ProtonMail subscription includes access to ProtonVPN, an easy to use VPN client that can be used to obfuscate a source IP, even from Proton.

They are also launching a number of services to better compete with GSuite, such as a calendar and ProtonDrive storage. I haven’t started using those yet but I may in the future.

In summary, if you are either tired of hosting your own mail or desire a more secure e-mail solution, I can recommend ProtonMail. I’ve been using it for a little over two years and expect to be using it for years to come.