Last week I was delighted to return to Portland, Oregon, for the annual OSCON conference. While I had a fun time at OSCON, I was only there for Wednesday and this post is about Tuesday. I’ll talk about the conference itself next. So this post contains little OpenNMS content but might be interesting to those of my three readers who like travel.

I got to PDX around noon and took the MAX into the city. My plan was to drop some stuff off at the hotel and then head to the conference, but as usual my life was overtaken by events. By the time I dealt with my various e-mails and other obligations, it was fairly late in the afternoon so I opted for a nap before dinner instead of trekking over to the Convention Center.

Dinner included me, our OpenNMS guru extraordinaire Ken who was up from Salem, and Greg. Greg used to be an OpenNMS client before he changed jobs to work for a non-profit, but like all OpenNMS users he is super intelligent and amazing to be around. I never miss a chance to spend some time with him.

Ken showed up in his cool, new BMW diesel wagon and drove us across the river. A friend of mine who is also a chef recommended we try a place called Pok Pok and Greg seconded the recommendation. He was worried that it might be crowded, but it being a Tuesday night we figured we’d take our chances. It was also a little earlier than I usually eat dinner, but even then our wait for a table was an hour. 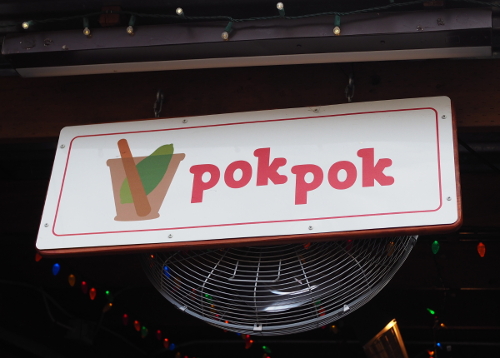 In the meantime we went across the street to the Whiskey Soda Lounge. Greg told us that when Pok Pok started to get popular, people would migrate to nearby bars to wait for their table. Sensing a business opportunity, when a building close to the restaurant became available, they opened up the Lounge. 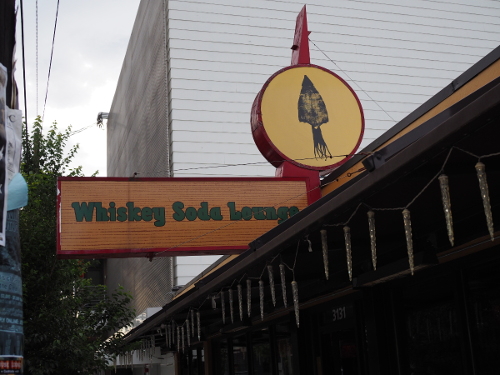 While we didn’t order much food, we did have a couple of drinks waiting for our table. I really enjoyed the Tamarind Whiskey Sour, which is something of a signature drink. They also had some decent drink specials. The only food we got was a bowl of peanuts, but in keeping with the Thai style cuisine of Pok Pok, the peanuts came mixed in with mild chilis. While the Lounge was nothing out of the ordinary, it was nice to unwind before dinner and catch up. 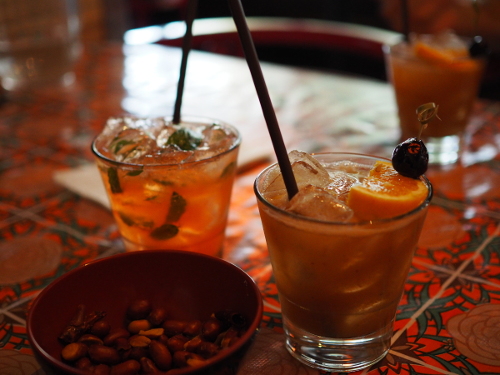 Our table was ready in an hour as promised, and the wait staff in the Lounge were the ones to tell us about it (which I thought was pretty convenient). Now Pok Pok is one of those places that seems to have grown organically, and our table was in a section that was basically outdoors with a covered roof. Considering how nice the evening was, I preferred our table to the ones downstairs in the main restaurant which struck me as a little claustrophobic.

The food was good and unusual. Greg and I are pretty much “pescatarians” so we stuck with fish. We had catfish (Cha Ca La Vong) 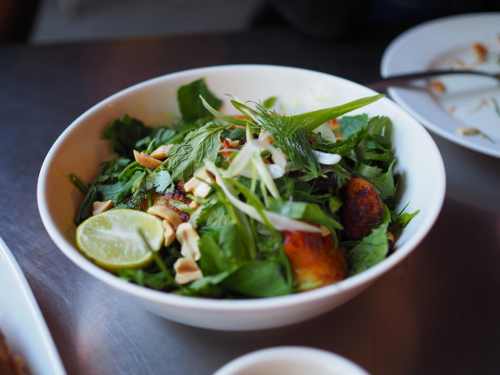 as well as whole tilapia, which was a special. 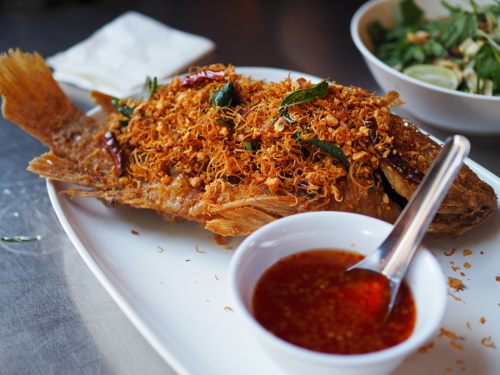 Afterward, for dessert Greg suggested that we go to an ice cream shop called Salt and Straw. 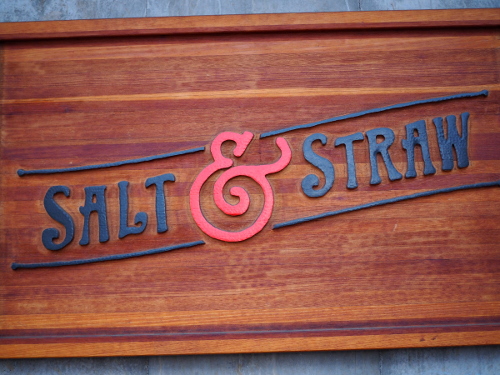 Now I am an ice cream nut. I make it at home. I go to classes to learn how to make better ice cream. And my favorite ice cream is Jeni’s from Ohio which is simply fantastic.

How do you describe something that is nearly an order of magnitude better than fantastic?

I’m not sure if it is the creaminess, the wonderful flavor combinations or just high quality ingredients, but this stuff is good. 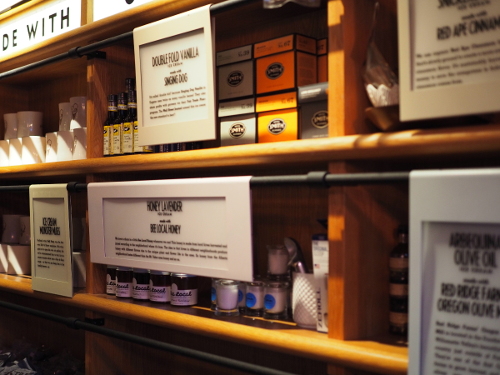 Greg told me that the long line was actually pretty short for this place but I still I felt bad when I got up to the front and wanted to try every single flavor as the line got longer behind me. I limited myself to five, and received a heaping tablespoon of each one to taste.

The first was the signature Sea Salt with Caramel. Wonderful. I’ve just been introduced to salted caramel as a flavor and I’m quite fond of it.

Since I couldn’t just stop on the first one, I also tried their Double Fold Vanilla and Chocolate Gooey Brownie. Both were superlative.

The fourth flavor was Lavender and Honey. When we walked in another customer was walking out with a big purple scoop, so I just had to try it and this was almost my choice but I had to try one last flavor: Strawberry Honey Balsamic with Black Pepper. 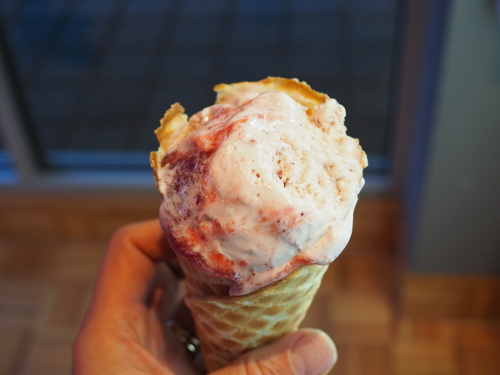 I love strawberries and this flavor combination just caught my eye. One of the issues with making great ice cream is to limit water. Water forms ice crystals which ruin the texture on the tongue. This makes working with fruit difficult due to its high water content. Usually when I make strawberry ice cream, I roast the fruit to get rid of some of the water, and then I puree it and mix it in with the cream. You don’t want chunks because they screw up the texture when they freeze.

Salt and Straw gets around this by not only pureeing and mixing in the fruit, they have made a type of jam that they swirl into the ice cream. So you get amazing amounts of fruit flavor without sacrificing the texture. This was a softer ice cream than the others but it was so, so, good.

Both Ken and Greg thought the ice cream as good as well. Greg pulled a “native” by also purchasing a pint to go. You can skip the line and head straight to the to go freezer, but I wanted to get back in line to try some more flavors so I doubt I could do that.

Anyway, it was a great “soft landing” for my trip. I also got a few laughs when talking to the locals. I’d tell them, in my deepest southern drawl, that I knew all about Portland from watching that documentary on the city: Portlandia.

What makes that show funny is the deeper truths it parodies, but that’s one of the things I love about that town.