In thinking about a title for this particular screed, I almost went with “Papa’s Got a Brand New Phone” but that didn’t really encompass what I was after as much as a play on the Oscar winning “Best Original Song” by the Three 6 Posse.

When I first got involved in free software, I thought it was too good to be true. I thought “free” implied “no work” but I was confusing free (gratis) with free (libre).

It takes effort and no small commitment to run as much free software as possible, and no where is that more evident than when it comes to choosing hardware.

I used to be a big Apple fanboy, and thus my personal technology decisions were easy: buy the newest shiny from Apple. When I decided to divorce myself from them, it took awhile to adjust to the fact that, quite frequently, the new shiny is not the best choice for a free software advocate.

But I’ve been stymied time and time again. When looking for a new laptop, I bought the latest Lenevo X1 Carbon and ended up sending it back. It was just too new to support my operating system of choice, whereas my old, second generation Dell XPS 13 “Sputnik” runs Linux Mint Debian Edition (LMDE) just fine.

So I tried a new tact.

When I was in the market for a new phone, I figured the best bet was to work backwards.

I had been using a Samsung Galaxy S3 running Cyanogenmod. However, right after I upgraded the baseband to run Kit Kat, the phone would constantly and randomly reboot. I tried everything I knew of to fix it and tried out just about every major ROM there was but it would still crash. Only by running Jelly Bean could I mitigate the issue somewhat. Then instead of bouncing every hour or so, it would only reboot once or twice a day.

Now I play a game called Ingress … a lot. It is a heavy user of the display, the CPU, the network and the GPS. While these reboots might have been acceptable to a casual user, they were killing me. While I may have somehow corrupted my S3, it was probably due to some other hardware problem, so I decided to get a new phone.

One of the pluses about putting in the time to use free software is quite frequently you learn how things work. I would never have even known about baseband versions, bootloaders, recovery, etc. if I hadn’t played with my phone. I also get a lot of options, such as which ROM to run. In all my research I decided that my philosophy matches up best with the team behind OmniROM. 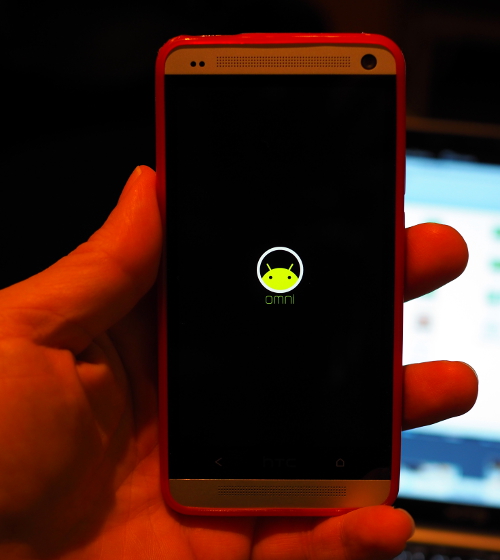 OmniROM doesn’t have as many options as, say, AOKP, but they are dedicated to keeping it as open as possible and I admire that. Plus they have a pretty decent OpenDelta update application that makes staying on the latest release pretty simple.

Once I decided that I wanted to run OmniROM, I just worked backwards to pick out a phone.

Here’s where I had to make a choice about freedom.

What I loved about my S3 was that it had a replaceable battery and a microSD slot. Some days I’m a heavy user of my phone and even the best phones can’t last the day on a single charge. The microSD slot made it easy to transfer data from my phone to my computer as well as easily and cheaply expanding the available memory.

Not many phones have these two features. In fact, the only modern phones I could find were both from Samsung: the S4 and the S5.

The S5 is not supported by OmniROM, so my choice was simple: get the S4. I ordered an unlocked S4 from Amazon and got ready to enjoy the new-ish shiny.

It was not to be.

While the description on Amazon said that it was “unlocked” it turns out that Samsung has decided to block third party bootloaders, even on the S4, with an update issued last November, so it is impossible to replace their default operating system with a free one. While there are some ways to “dual boot” the phone, this was unacceptable to me, so I sent it back with the reason “item did not match web site description”. Just being carrier unlocked is not enough to merit the term “unlocked”.

In looking over the remaining options, I ended up settling on last year’s HTC One (m7). And I do mean settle: the One has no microSD slot nor does it have a replaceable battery. But these are things I can work around in the pursuit of freedom. I got a microSD to microUSB connector and an external battery pack that can keep my phone running for days. It also has a somewhat lo-rez camera at 4 megapixels, but it seems to take pictures just fine.

You do have to jump through an extra hoop in order to unlock the bootloader, but HTC made it pretty simple. You just have to log in to their developer site and post a code and they’ll send you back a file to run to unlock your particular phone. Not as easy as, say, a Nexus phone, but it isn’t too much extra work.

Now I have the latest Kit Kat running flawlessly on the phone. I’m able to remove the Google search bar, which in my case just takes up space, and I can modify the number of icons displayed per page. 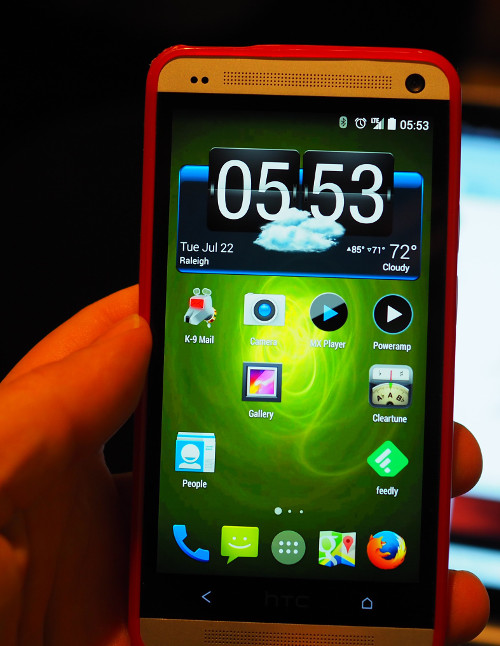 Is the HTC One a perfect phone, especially for playing Ingress? No – it is not perfect. But it is pretty darn good. At the Gettysburg anomaly it held up all day with zero reboots, whereas other people were reporting them with usually stable phones such as the Nexus 5. Note that if I didn’t have any other considerations I would have gotten a Nexus phone, but since I play Ingress with my spouse and she has one I wanted another brand in order to diversify the radio technology. In some places her phone gets signal where mine does not, and vice versa, and thus we can tether if needed.

I like to vote with my wallet and I buy products from companies that support freedom. I don’t understand why Samsung felt the need to lock down their devices. In part I think it is Apple-envy, but they just lost out to those of us who want to truly own their hardware. I’m not sure if it is enough to affect the bottom line, but it has soured me on Samsung products as a whole and I do buy a lot of technology.

So, remember that freedom takes work, but it’s worth it in the end.