The conference kicked off Monday morning. I did a general introduction and then handed it over to Matt (Brozowski), who in true un-conference fashion turned it over to the group. 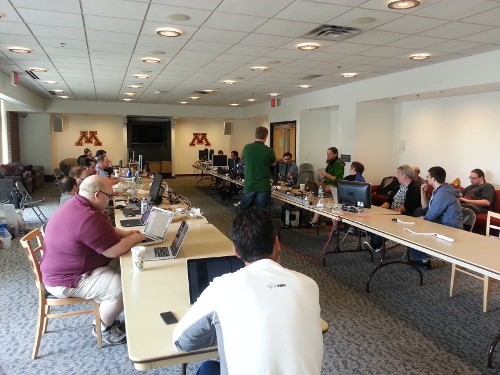 One perennial topic with respect to OpenNMS has been to improve the GUI. One technology we are considering is AngularJS, so after the initial session a group of guys went across campus to one of the tech center classrooms so that Matt (Raykowski) could do a presentation on it. 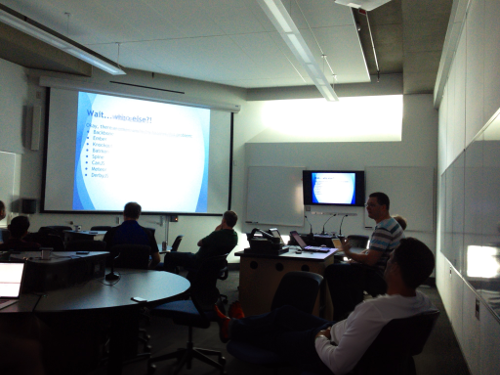 But not all of the great things that come out of Dev Jam have to be on such a grand scale as “a new GUI”. Markus showed me a very useful feature called “Outage Timelines” that is already complete:

It allows to you quickly see the impact of outages in the last 24 hours. It will definitely be in the next major release and might even make it into the next 1.12 version.

For dinner Monday night I had Brasa cater once again. Even though I backed off on the size of the order, we tend to have a lot of leftovers so I figured it was best to have it early in the week. It was amazing as usual. 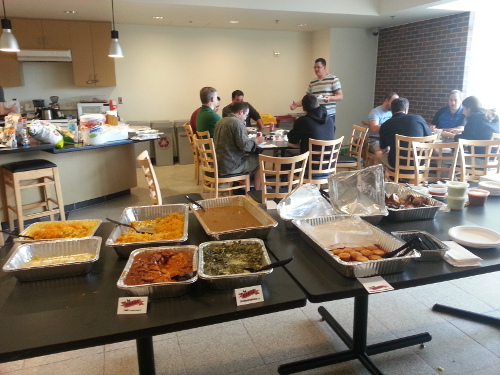 After dinner I had to walk some of it off, so I wandered around campus. The sky was threatening to storm, and the sunset against the Weisman Art Museum was beautiful. 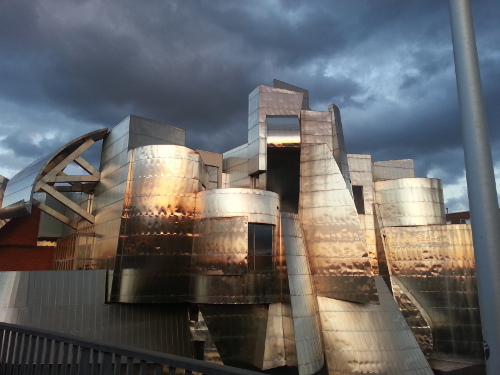 So far the vibe at this years conference has been even more positive than usual. This is a week that reminds me why we work so hard the rest of the year. While OpenNMS isn’t a huge project, the people involved, myself exempted, are giants. It’s great to be able to spend time with them, no matter how brief.