OpenNMS was actually born in North Carolina, USA, but the thoughts that made it possible were the influence of a local company called Red Hat, which in turn was inspired by the work of Linus Torvalds, a Finn who was born in Helsinki.

On a modern note, the new OpenNMS GUI relies heavily on Vaadin, a software framework that was invented in Finland. Finally, my family originated in Hungary. The Hungarian language (which I do not speak) is related to few other languages, but one of those happens to be Finnish.

I came here from Sweden to visit a new client, and that makes Finland the 26th country in which The OpenNMS Group has customers (the others being, in no particular order, Ireland, Spain, Portugal, Egypt, Canada, Mexico, Singapore, Japan, Australia, Israel, Denmark, France, Germany, Switzerland, The Netherlands, the UK, Italy, Trinidad, Malta, India, Honduras, Chile, Sweden, the UAE and the US.)

I got a really good vibe from Helsinki, even though it was really cold. The Germans have a term for temperatures at or below -15C, arschkalt, and I did experience that here. 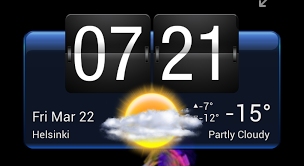 The client was pretty cool. I met Jari last week at the OpenNMS Users Conference and he and his coworkers went out of their way to may sure I enjoyed my short stay. On Thursday night we went to a restaurant called Salutorget and had a wonderful meal, and on Friday we visited a place called Stone’s Beer and Burger where I had a Finnish “veggie burger” – instead of the usual attempt to make a burger patty out of vegetables, it was a bun and grilled vegetables, which was quite tasty. 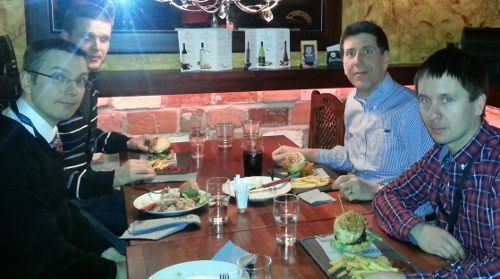 The beer had to wait until after work, when we visited Teerenpeli. This was on the advice of Ville, the Vaadin employee who came to the Users Conference and suggested some places I should visit while in Helsinki. 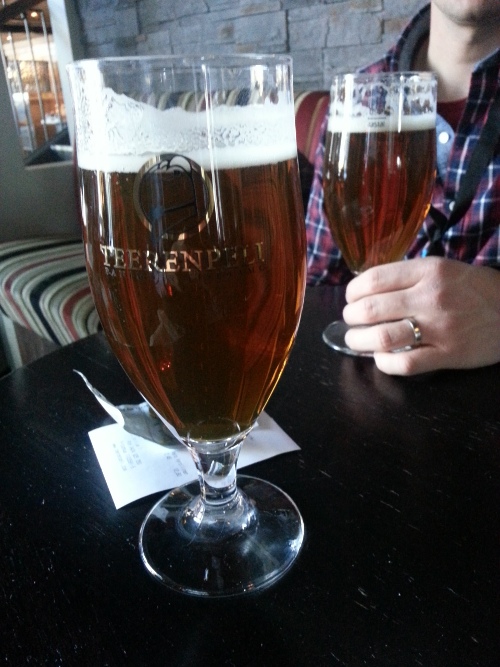 On a somber note, there was a marble memorial to people killed in the Finnish Civil War in the office building where we were working. I thought it unusual that there was a lack of Finnish surnames starting with “B” through “F” – there were three names that started with “A” and then it jumps to “G”. 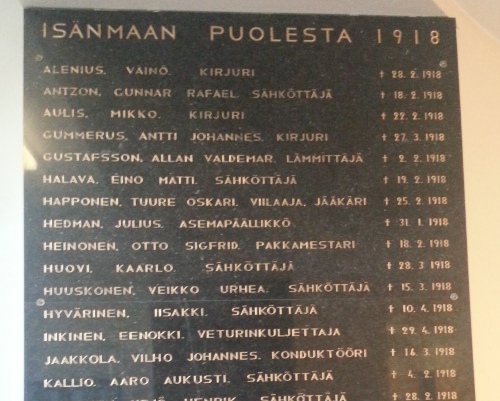 Overall, the only criticism I have of the trip is that it was too short. Next time I come I hope to take a side trip to Tallin, Estonia and/or St. Petersburg, Russia. Both are surprisingly close, and I need a few more countries to visit. I’m at 33 at the moment and I want to hit 50 before I am 50 years old.

But I think I want the next one to be a little warmer.

Note: I didn’t think of Monty Python’s song “Finland” while I was there. Not once. I swear. Really.