Since the Apple fanboys seem to like unboxing their gear, I thought it would be fun to do the same with a new Juniper SRX240 I just bought (from Redapt – our equipment vendor of choice). 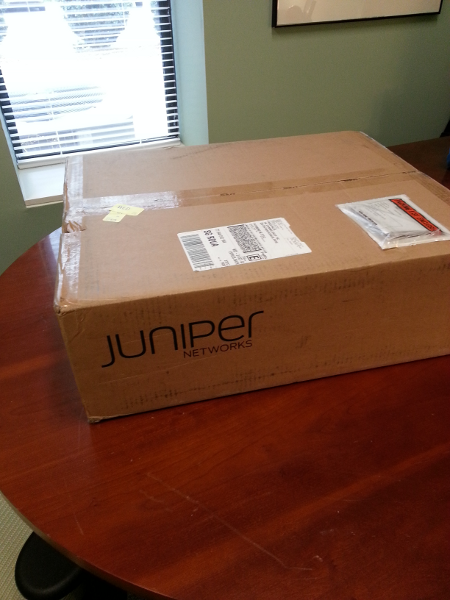 Due to my previously detailed issues with Centurylink, we are working with Time Warner to get a dedicated fiber circuit to the building. While the 10Mbps down will (in theory) be the same as what we had with the DSL line, it’s the 10Mbps up that I’m looking forward to the most.

Currently, we use a Cisco 800 series router to terminate the DSL line, and I needed something else for the new circuit. I’ve soured on Cisco in the last few years (due more to issues with their hiring practices than anything to do with their product) and I’ve grown real fond of Juniper gear, not the least because they are a customer (I buy my pizza at Papa Johns, I book travel on Travelocity, and I shop at Sears in part because I like being a customer of my customers).

Anyway, it looked like the SRX240 would be both more than sufficient for what I needed and it comes with lots of cool features. 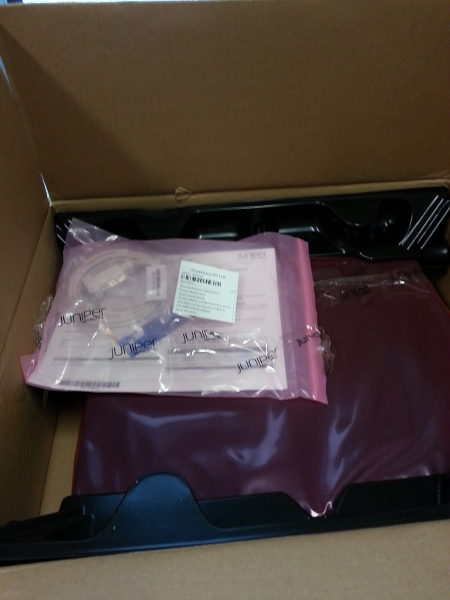 I liked the minimalist packaging. The router came in a plastic bag held in the box with lightweight, molded plastic spacers – no “peanuts”. There was another bag with some documentation and a console cable, and the only other thing in the box was a power cable. 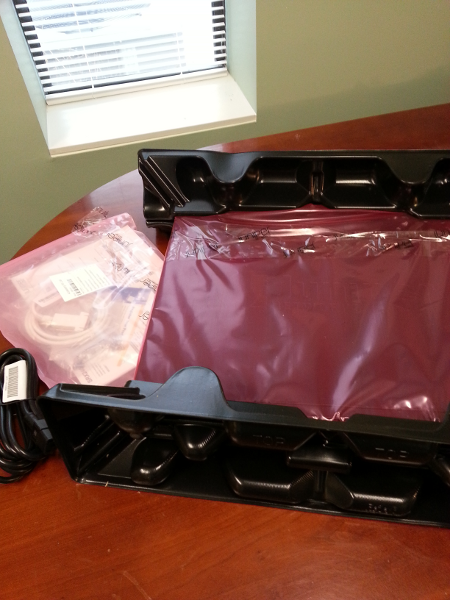 The router itself is rather lightweight. It’s 1U in height and about half the depth of a standard rack. 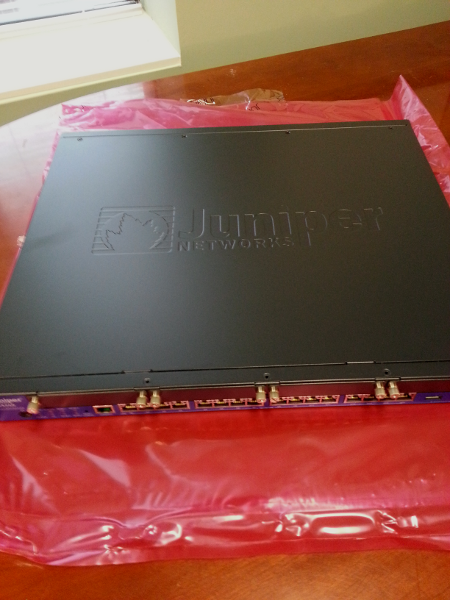 Since the circuit won’t be in for a couple of weeks there isn’t much configuration to do at the moment, but I was able to get the management interface configured from the command line which gives me access to the web-based user interface. 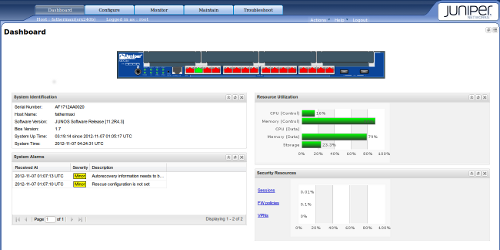 I tend to be a command line person, but when learning new gear having a webUI will be helpful.

Paulo, a Juniper employee who happened to be in our office when this arrived, showed me a neat trick with the CLI.

When you make a change to any router configuration, you usually have to “commit” it in order for it to be applied. This can be a bit scary, especially if you are remote or if you depend on the router for network access. One mistake and you might end up in the car.

JunOS has a feature called “commit confirmed”. This will commit your changes, but only for ten minutes unless you issue a normal “commit”. Thus if you screwed something up, ten minutes later the changes will be rolled back.