Okay, I’m both tired and hoarse. I’m hoarse from teaching class all day, and I’m tired because I didn’t get to bed until 1am last night.

The last part was due to my inability to get Fedora to run on our classroom machines.

Usually, it is quite simple. I do a fresh install of Fedora, yum upgrade, add the repos for rpmfusion, install the drivers for the ATI cards and the Broadcom wireless interface and I’m good to go.

Starting at about 11am on Sunday, I downloaded Fedora 16 and installed it. This time it complained about the need of a 1-2 MB “BIOS” partition – something about how Fedora is handling GPT partitioned disks. Anyway, that didn’t seem to work since every time I tried to boot it ended up booting from the wrong partition (into Windows).

I decided to punt on Fedora 16 and went back to Fedora 15. That seemed to work okay, but after the couple of hours it took to install and upgrade, it turns out that the rpmfusion packages have, once again, not been updated to match the current kernel. It also seems impossible to set it up so that the correct kernel can be installed. As I mentioned above, usually the kmod packages “just work” so I was stuck trying the akmod packages which, in my experience, never work.

By now it’s time for supper, and when we got back I decided to try Ubuntu (I had five students showing up Monday morning and I needed something). I used to use Ubuntu years ago as the training distro, but Canonical made a questionable hiring decision and I ripped it out. That person flamed out pretty spectacularly, and since I’ve been using Ubuntu over the last nine months or so off and on I was curious as to how easy it would be to install.

Piece of pie. Easy as cake.

With the exception of having to add the “nomodeset” option to the initial kernel boot, it “just worked”, but it took us several hours to finish all six machines.

So, it’s another win for Ubuntu – my new default distro for training. 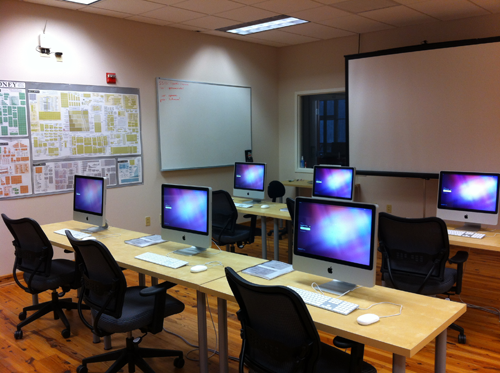 As far as the class goes, we have a great group. We have two people who are somewhat local coming up from Lumberton, NC. We also have one guy from Chicago who works for Sears (a commercial support customer) and two people all the way from Mellerud, Sweden – one of whom was a FIFA referee for five years. I keep threatening to hand out red cards. 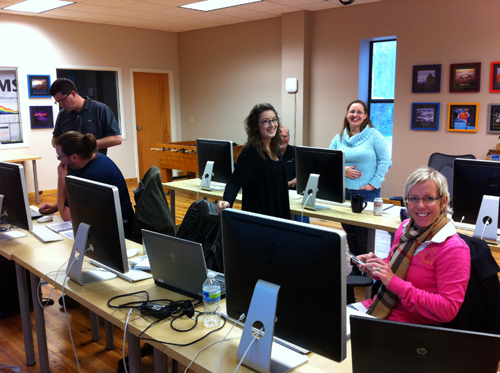 It should be a fun week. Jeff is team teaching this with me, so I believe my voice will hold out.

I’m not sure if the class is rooting for that, however.