It is doubtful that anyone who actively uses the Internet missed yesterday’s protest of the SOPA/PIPA bills now before congress (well, at least PIPA, I do believe SOPA has been stalled in the House but not killed outright).

I am, of course, against this legislation, but more due to the fact that I doubt the US Government would understand the Internet enough to correctly enforce it versus wanting to support piracy. Last year saw a US congressman lose his seat because he was clueless when it came to understanding how information on the network is made available, and my belief is that he was probably one of the better informed politicians. SOPA and PIPA go much farther than, say, legislation like the Digital Millennium Copyright Act (DMCA), and there have been several notable abuses of that law (such as its use against Dmitry Sklyarov) that one can only imagine the horrors that would be unleashed.

I read a number of commentaries about these bills, including the one by Scott Adams and the one by Wil Wheaton, who both produce creative content and are against SOPA/PIPA (although for different reasons).

My take on the whole thing is that it is not a effort to protect the content industry from piracy, but instead it is an effort to protect a dying business model. Promoting entertainment, in the forms of music, video, books, software, etc., is both very profitable and controlled by a small group of people. It used to be necessary to have a studio, record company or publishing house manufacture and promote an artist’s work, but with the advent of the Internet both the cost and need of these industries has diminished. They used to be a necessary evil, and it appears that in the interest of greed they often screwed over the people who actually created the content (see Hollywood Accounting on Wikipedia). Now that they are becoming unnecessary, they are scared, and since we are talking about billions of dollars here, it is doubtful that they are going to go gently into that good night. They want to lock down and control distribution again, and one way to do that is to create legislation that lets them go after any site that displeases them, preferably with as vague and nebulous rules as it is possible to create.

Most people hate change (I think I am one glaring exception) as it tends to cause some friction and stress. In every great transition: from the telegraph to the telephone, from the horse and buggy to the automobile, from radio to television, even from closed to open source, there are those that want to hold on to the old way. But no matter how long it is delayed, change is inevitable, and it is often better to adopt early then to fight it.

That is why I always applaud when I see artists attempt new models. Bands like Radiohead sell directly to their fans (the biggest fear of the record companies) and performers like Louis CK are able to produce and distribute their own films. Those are examples of how the Internet changes distribution, but what really gets me excited is when business models change. Randall Monroe makes a free web comic, and he is able to make a living at it (it does help when the work is brilliant). Likewise, the band Phish makes money touring (even inviting fans to record and distribute their performances) in addition to record sales, and acts like Jonathan Coulton offer certain bonus “bundles” in addition to the music itself. 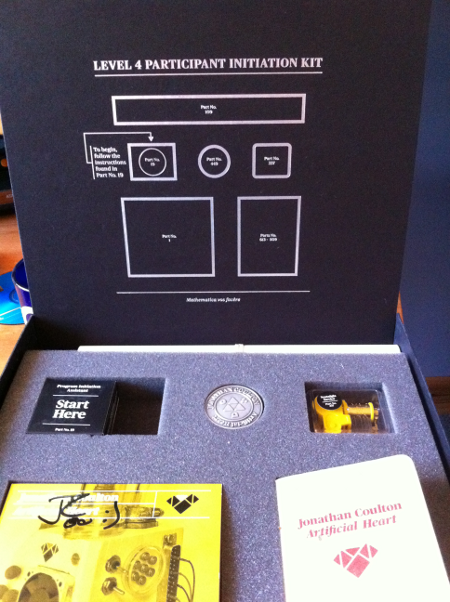 In the case of SOPA and PIPA, we’re lucky that it impacts a number of companies with as deep pockets as the media industry. The next time we might not be as lucky. The price of our freedom is constant vigilance.