I’m sitting in my office, which once housed all three of the OpenNMS Group founders, drinking some Copperline Amber while listening to the “tap tap tap” of the drums as the guys in the next room play Rock Band on our HD projector.

The reason? Ten years ago the OpenNMS Project was registered as project 4141 on Sourceforge (become a fan on Facebook).

Not many open source projects can claim 10 years, and I am both delighted and humbled that our community has not only allowed OpenNMS to survive but to thrive.

To celebrate, we threw a little party. Here’s a picture: 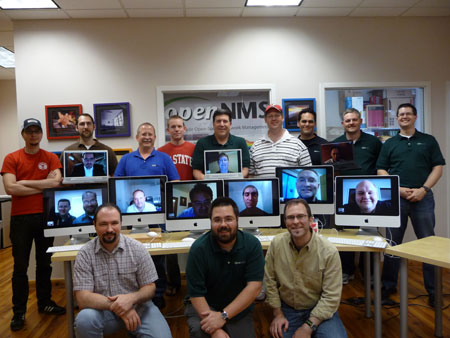 It is truly a nationwide and worldwide effort (it was hard to pick a time for the picture, as it was Tuesday evening for the Europeans and Wednesday morning for Craig). 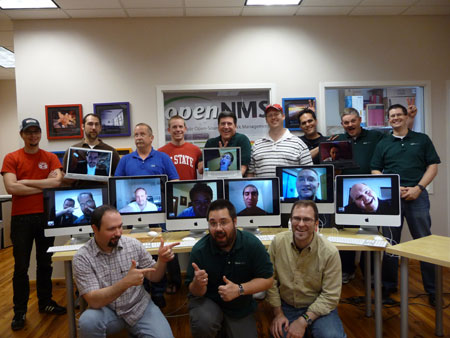 As I have often mentioned, I didn’t start OpenNMS, so it was nice to have Brian Weaver, the original architect of the product, come out for the day. He told me that the project started on 1 July 1999, so it is actually several months older, but as we have a firm date on Sourceforge I figured we’d stick with that.

Also in attendance were Mike Davidson and Larry Karnowski, two of the original developers, as well as Ben Reed and Seth Leger (but the latter two work for the company now).

Here’s a picture of the gang from May of 2002, when OpenNMS version 1.0 was released. See if you can pick out the people who are still around.

In addition to beer and pizza, David’s wife made an amazing cake: 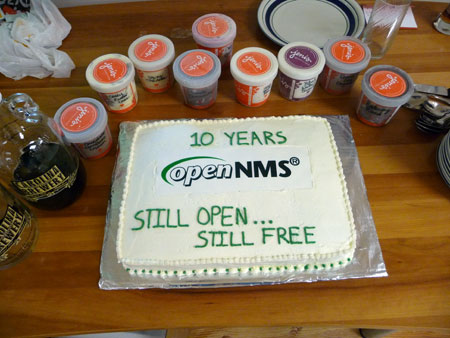